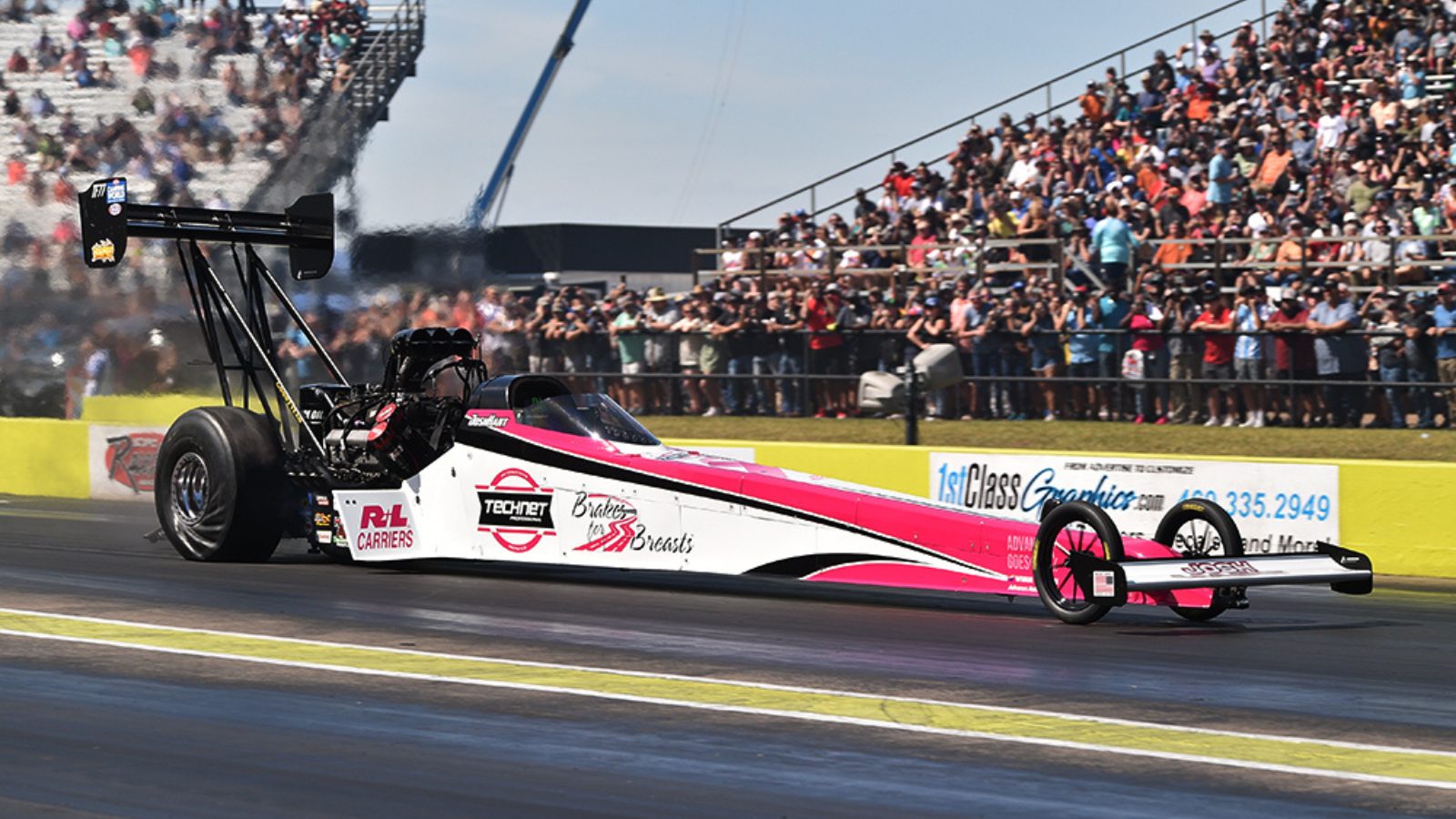 Racing at the 37th Texas NHRA Fall Nationals Josh Hart and the Brakes for Breasts TechNet Top Fuel dragster rolled in with three NHRA playoff races remaining and their championship hopes under their control. Through two days of qualifying that included four passes on track Hart and his Ron Douglas tuned 11,000 horsepower race car rolled into race day as the No. 9 qualifier. Hart’s quickest run was posted on Saturday afternoon during the third qualifying session, a 3.750 second run at 328.25 mph earned the driver from Ocala, Florida, two qualifying bonus points. As the Saturday session wrapped up Hart and his TechNet team ran 3.950 seconds looking to find the performance edge under race-like conditions.

“We got what we needed out of qualifying to give us everything we needed for race day,” said Hart. “The first run on Saturday was strong and gave us some confidence to get after it in the last session. We figured out what we didn’t need to do and it was also really hot. We knew the weather was going to change overnight.”

In the opening round Hart drew Leah Pruett, the No. 8 qualifier. Last year Hart defeated Pruett in the first round when he was the No. 6 qualifier and raced to the semifinals. Today looking to move up in the Top Ten Hart was geared up to get his race day started in a similar fashion. This was the fourth meeting between the two pros and Hart was holding a 3-0 record.

As is his preference Hart and the TechNet dragster were first out to get the race underway after a rain delay pushed back the start time. Track temperatures were optimal and following a perfectly executed burnout Hart staged and waited for his opponent. For the first time in his career Hart, one of the best drivers off the starting line, jumped the start resulting in a competition disqualification.

“I am not going to make any excuses. I had a great race car in the first round and we made a great run that should have moved us to the quarterfinal,” said Hart. “This TechNet team worked their tails off all weekend and we have a race car that can win races. We just need to put everything together on race day. We were just in a final round in St. Louis and we can get back there. We have two more races this season and we want to finish strong.”

Hart will head to Las Vegas for the Las Vegas Nationals in two weeks at The Strip at Las Vegas Motor Speedway. He is sitting in sixth place and with points and a half at the last race of the season a championship is not out of reach for the second-year team owner and driver.