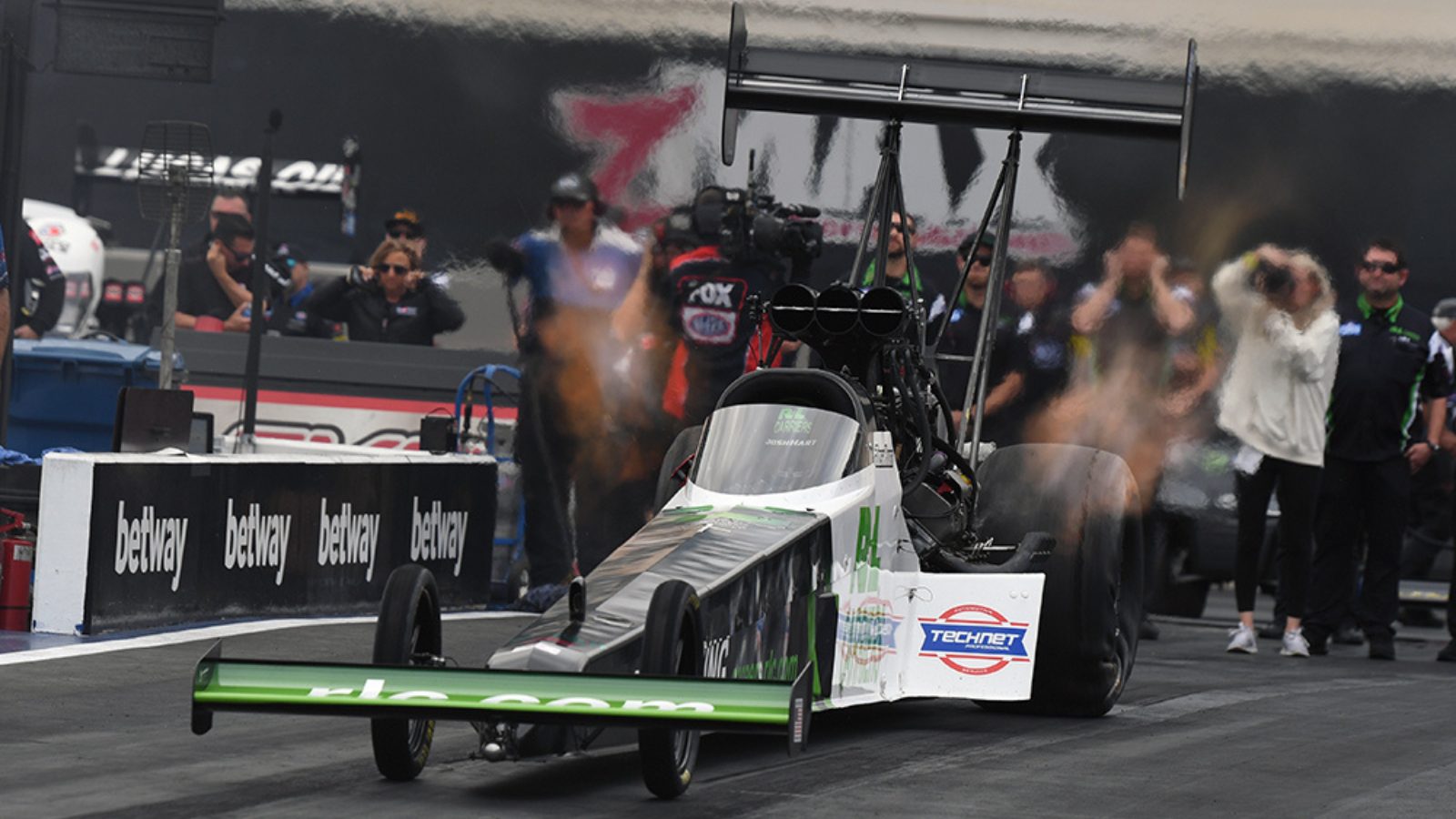 Racing in his first Countdown following a breakout rookie campaign in 2021 Josh Hart is building momentum with four races remaining in the playoffs. With one final round to his credit this year, the defending Betway NHRA Carolina Nationals Top Fuel champion was looking to race to back-to-back wins at zMax Dragway. The R+L Carriers Top Fuel dragster was one of the quickest dragsters on the property through two days of qualifying entering race day as the No. 6 qualifier. They rolled off the trailer and posted the second quickest pass of the first day of qualifying and Hart wrapped up the final session with a 3.696 second pass.

Hart and his R+L Carriers team lined up beside eight-time Top Fuel champion Tony Schumacher with lane choice and the confidence of a team ready to secure their first win over the winningest Top Fuel driver of all time. Before the NHRA officials gave the signal to start Hart’s team was furiously working to adjust the blower tension. Schumacher’s team waited, returning the sportsmanship Hart showed him in Brainerd when they held up in the second round to allow Schumacher to reach the starting line. Today Hart jumped off the starting line and never trailed in the race advancing to the quarterfinals. His winning time of 3.708 seconds was just slightly off his quickest qualifying time.

In the quarterfinals Hart drew veteran Clay Millican, who recently became part of NASCAR team owner Rick Ware’s stable of motorsports teams. A resurgent Millican, who qualified No. 3, was also looking to make a statement in the Countdown. Hart was not taking him lightly grabbing a solid starting line advantage with a .043 second reaction time against Millican’s .062. As his R+L Carriers dragster began to launch it smoked the tires while Hart watched Millican was on a smooth run. It was a tough way to wrap up his Betway Carolina Nationals title defense. 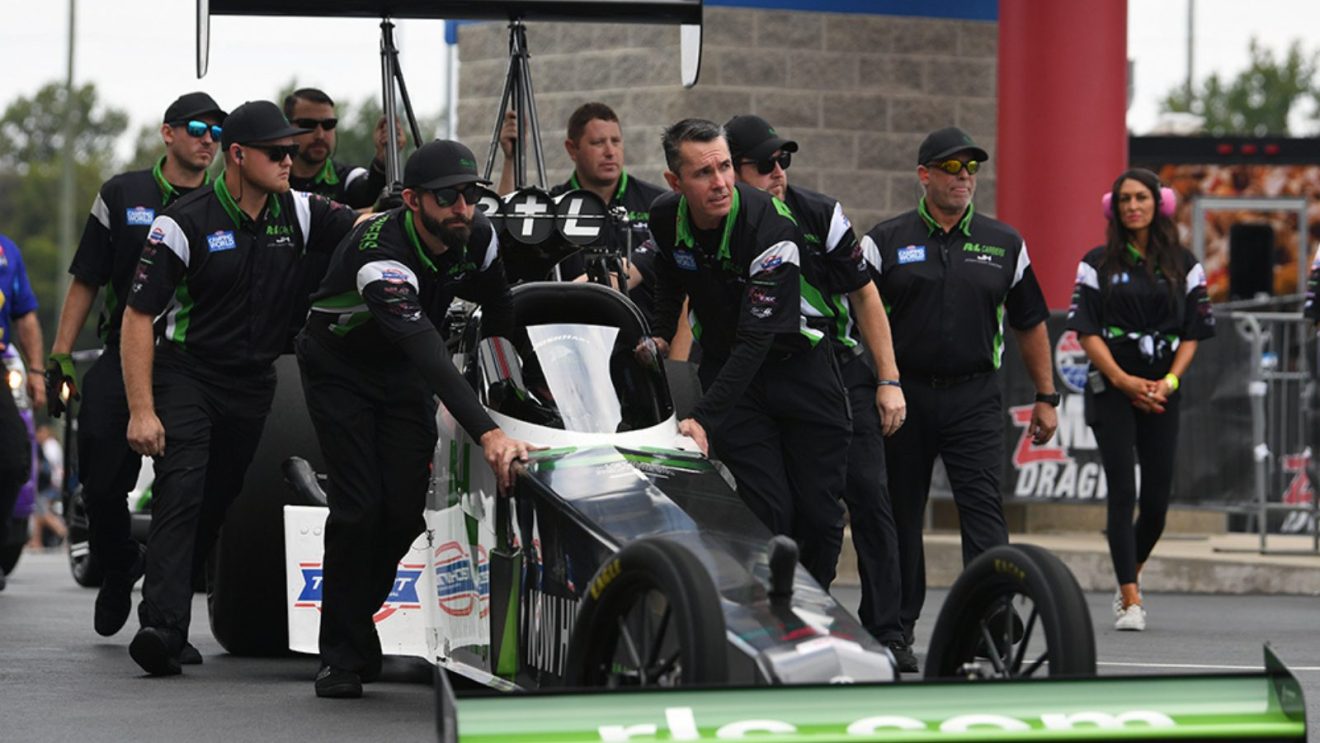 “There is no doom and gloom over here with this R+L Carriers team,” said Hart. “It takes an army to get here. It takes so much effort from everyone on the team to compete at this level. You can’t shy away from that. It is truly a blessing to be able to do this and I will never forget that. Of course, we want to be better and that is what we are going to try and do. We are going to put it in God’s hands and go on to the next one.”

The opening round win was enough to keep Hart in seventh place in the Camping World Drag Racing Series Top Fuel point standings. He is just 28 points out of fifth place which is barely over a round of racing. With four races left in the Countdown there is plenty of time for Hart to make a move for his first Top Fuel championship.

“We are going to leave here and regroup,” said Hart. “There are a lot of things about the Countdown that are challenging. We are going to come out fighting, clawing and battling in St. Louis.”

The NHRA Midwest Nationals at World Wide Technology Raceway outside of St. Louis will begin next Friday.