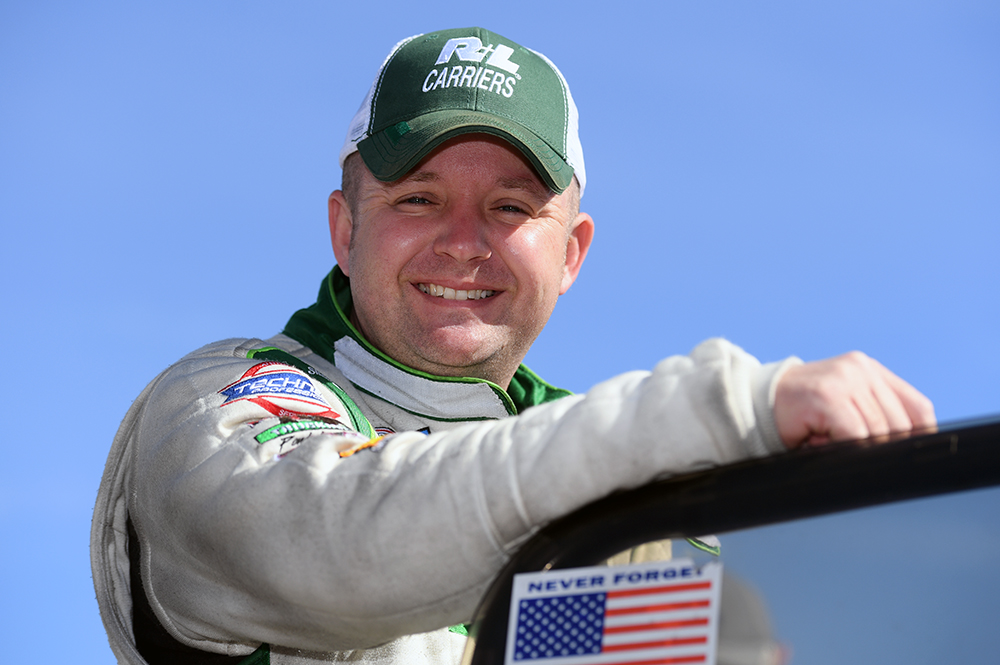 Today at the NHRA Arizona Nationals second year Top Fuel racer Josh Hart showed that last season’s success and consistency was not a fluke as he raced his R+L Carriers Top Fuel dragster to a semifinal finish in one of the toughest fields of Top Fuel competitors. The entrepreneur from Ocala, Florida, continues to break in a brand new 11,000 horsepower race car and with every pass he is getting more and more comfortable. The comfort level combined with the data gathered by crew chief Ron Douglas is also making performance improvements with every lap. As the No. 8 qualifier Hart defeated Leah Pruett and Rob Passey before coming up just short of another final round appearance in a tough semifinal loss against veteran Clay Millican.

“We went faster than we have ever gone in my career with the 332-mph run and I am getting a lot more comfortable in this R+L Carriers Top Fuel race car,” said Hart, who raced to four semifinal finishes in addition to two wins in 2021. “My reaction times are progressively getting better. There are no slouches out here and anything is possible. When a 3.70 flat barely gets you in the top half of the field that is saying something. Everybody out here has stepped up. Everybody deserves to be out here. You have to fight for it if you want to win.”

In a great first round race Hart got the jump off the starting line with a reaction time advantage of .093 to .127 and that margin was enough to keep the nose of his R+L Carriers dragster in front of Pruett’s dragster for the win. This was the third time Hart raced Pruett and he moved his record to 3-0 with the round win. His elapsed time of 3.705 seconds gave him lane choice in the quarterfinals over upset winner Rob Passey who defeated No. 1 qualifier Doug Kalitta in the first round.

The second round race was a clash between two racers who are doing everything right to follow their respective dreams. An hour before their  race Passey picked up his first career Top Fuel round win and he gave Hart all he could handle in the quarterfinal. This was the first time the two Top Fuel racers had met in competition. Hart’s admiration for Passey as well as any of his competitors speaks to the tenacity it takes to be competitive at the highest level of drag racing.

“It is a tall order to get everything here to the race track,” said Hart. “I commend everybody that participates at this level. The first thing I said to Rob was I really appreciate the saying he has on his rear wing. It says, ‘Be the Good’ and people need to take notice of that message. It doesn’t matter what your budget is. It is crazy to participate at this level.”

In the semifinals Hart was paired with veteran Clay Millican who started the day as the No. 13 qualifier. The drivers had excellent reaction times with Hart getting a slight edge off the line. Both race cars were welded together as they blasted down the track and just before the finish line Hart’s motor let go and Millican raced past him to get to the finish line stripe first. Hart’s losing time of 3.73 seconds was more than respectable and gave the two-time Top Fuel winner even more confidence as the season gets underway.

The strong finish today moved Hart and the R+L Carriers Top Fuel team up to the No. 5 spot in the NHRA Camping World Top Fuel standings.