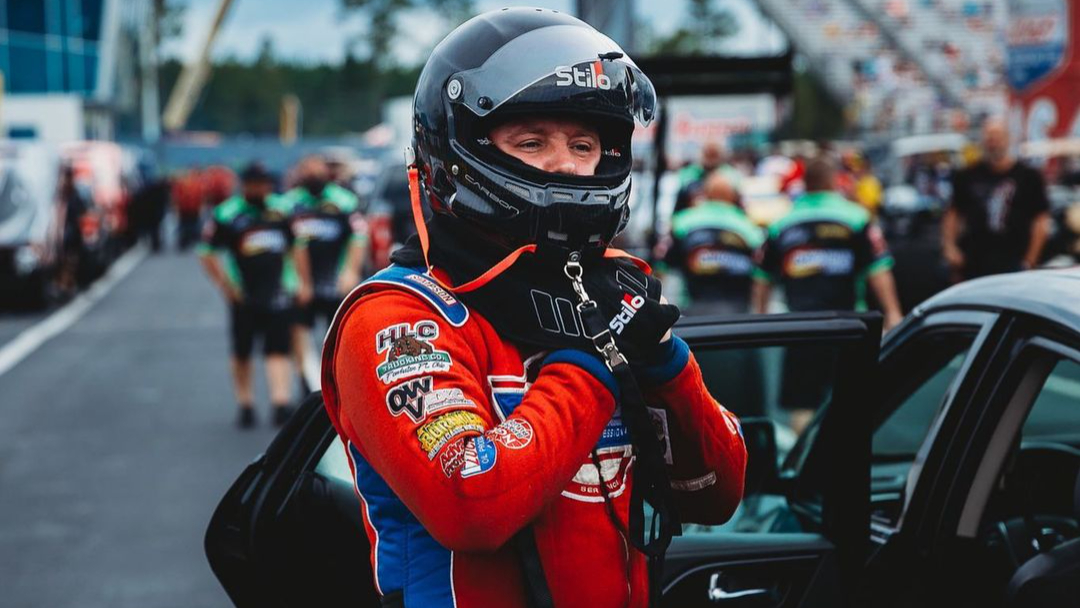 Hart’s dream will come true at the Gatornationals. Every one of his first competitive passes has come at the historic venue.

“When I first went to the drag strip, I went on a test and tune night,” Hart said. “I was using my daily driver, which was a Ford Lightning pickup truck. I ran like 13.90’s. Brittanie and I had just started Burnyzz at the time and we didn’t have a whole lot of money. I was like, ‘Wow, I just went down the drag strip.’ After that, we built a 2003 Cobra, which was for the 10.0 class. Next came Super Comp, Top Dragster, A/Fuel Dragster, and now Top Fuel. Gainesville has always been in our backyard. At first, it was convenient, but now it’s sentimental. That was also where we got our first Wally. It wasn’t for a win, but it was a Wally for the Best Appearing Crew.”

Hart was previously announced as a Top Fuel Dragster driver for Bob Vandergriff Racing in January 2019. However, after achieving his Top fuel license, the COVID-19 pandemic happened in March.

“We decided to put everything on hold until now. Owning an operation was a way to have the flexibility of my own schedule. It’s amazing. You always
think about it if you’re an avid drag racer, or even if you’re a fan. You think, ‘Man, what would it be like to drive one of these things.’ I have achieved the goal.”

With this new venture, Hart will have more responsibilities than he previously had with his Top Alcohol Dragster pilot.

“You take your time,” he said. “You make sure that you hire really, really good
people. That’s been the secret to my success.”

Hart plans to compete in 12 to 14 races on the 2021 NHRA Camping World Drag Racing Series.

“I would say realistically, I’d think we’ll shoot for 12 to 14 races,” he said. “It depends on how the year goes. We’ll focus on the Northeast area with races from Dallas to Indianapolis and east.”

One of the races that Hart will be competing at is the historic U.S. Nationals with this new operation. He has previously had a lot of success there, including winning the event twice in Top Alcohol Dragster.

“It’s going to be very emotional to qualify,” Hart said. “I would get to come out on that podium, where they do the driver introductions. You always think about it and what it would be like. I’m not a very outgoing person. I stick to myself. I’m going to have to get over that with this move. It’s going to be a special moment.”

Two of the events that Hart is excited about attending is the Gatornationals and the U.S. Nationals. But he wants to get this Norwalk monkey off his back with the new operation.

“I’m super excited about Gainesville,” he said. “I don’t know why, but I’ve always wanted to win Norwalk, Ohio. I’ve never done well there with any car. That’s the track for me. I need to conquer it.”

“Steve Torrence is bad-ass,” Hart said. “You have to respect what they do. They’re self-funded and they have a strong family, business, and race team. They have an awesome racing program. It’s a dynamite package. I look forward to competing against him — and maybe even learn some things from him. All of the people who operate at this level are so professional.”