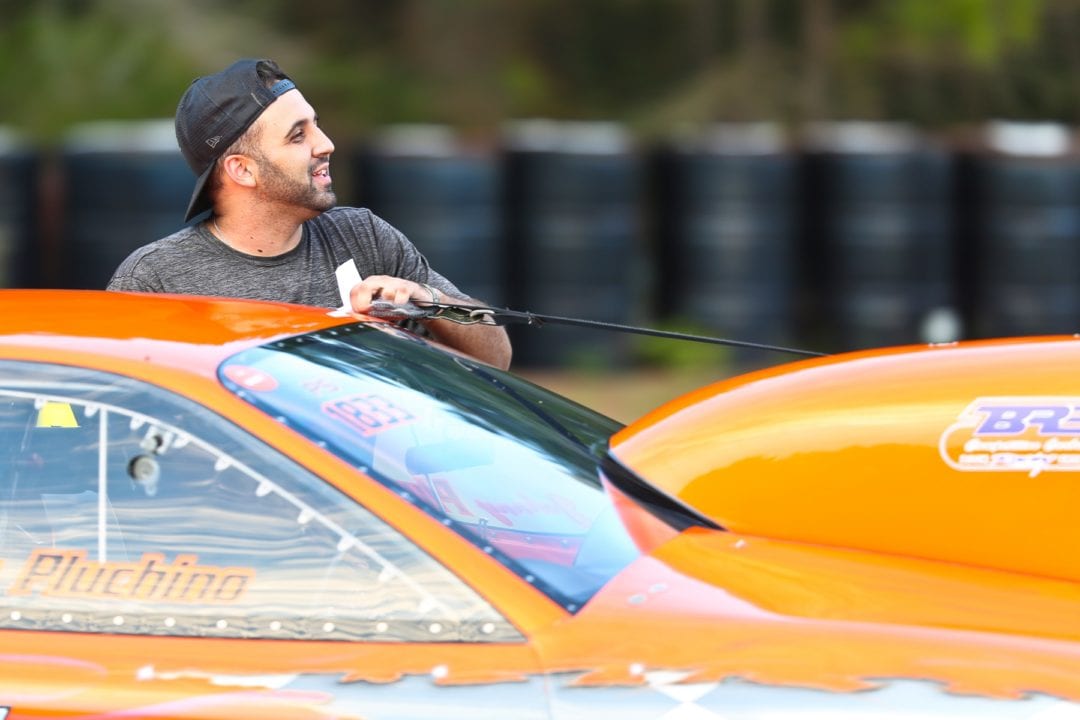 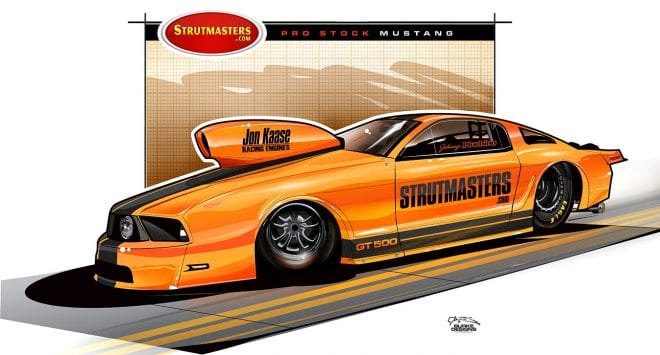 Pluchino and Strutmasters.com founder Chip Lofton struck up a friendship over Facebook, with Lofton following the father-son team’s success in PDRA competition. Their conversations led to Lofton offering the support of Strutmasters.com for a two-race deal in the new NHRA Mountain Motor Pro Stock exhibition series.

“I’m able to accomplish my dreams because of Strutmasters.com and the program my dad’s put together,” Pluchino said. “Dad’s in the points hunt over in PDRA, so we’re going to leave him in that and I’m going to stick to the points hunt in Pro Outlaw 632. We’re going to be able to go out and put on a show at Bristol and Epping.”

The quarter-mile NHRA Mountain Motor Pro Stock program will be a major change of pace for Pluchino in two ways. For one, he’s only ever made eighth-mile passes in competition, and he’s only once let the clutch out in his father’s Pro Stock car. But Pluchino’s countless runs in his comparable Pro Outlaw 632 car have prepared him for the new opportunity.

“To be completely honest, in a Pro Stock car everything happens in the first half of the run with the gear changes and everything,” Pluchino said. “The rest of it is holding on, getting the ‘chutes out and getting it stopped. I’m not saying that’s not a challenge, because of course it is. Things can go wrong, especially at 225 mph. I’m very aware of that. But I’m definitely excited for this new learning curve.”

Pluchino is also thrilled with the chance to race in front of a new crowd and interact with longtime Mountain Motor Pro Stock fans at Bristol and Epping, two tracks where the class has a rich history.

“There should be a lot of Mountain Motor fans at those races and I’m excited to interact with them,” Pluchino said. “I always have a lot on my mind, a lot that I’ll say, and I’m definitely one to speak my mind. If there’s a camera in front of my face or a fan in front of me, I’ll make sure they know why I’m there and how I got there.”

Pluchino plans to begin testing in the team’s ’13 Ford Mustang Pro Stocker at the PDRA’s next two races in Virginia and Maryland.

In addition to Strutmasters.com, Pluchino offered his thanks to team supporters Jon Kaase Racing Engines, Book Racing Enterprises, Ram Clutches and Precision Racing Suspension, as well as his team.

“I really have to thank my dad and my crew,” Pluchino said. “This is a small team doing a big thing.”