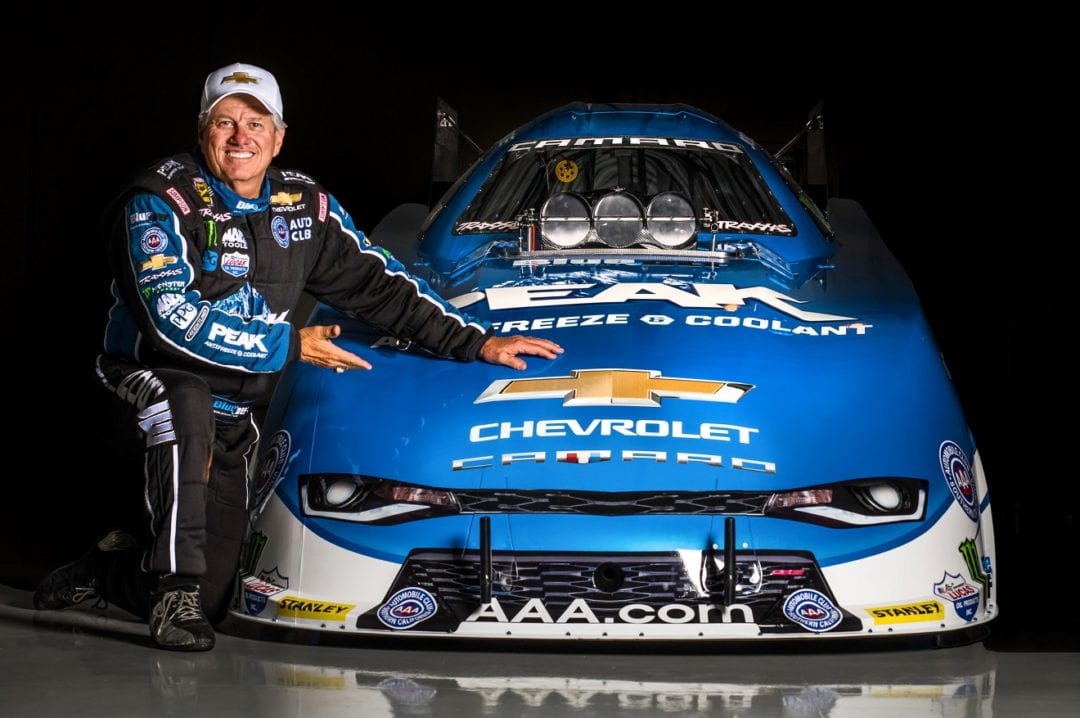 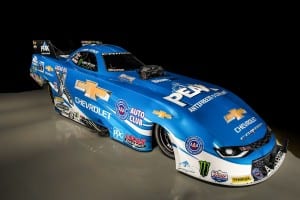 “I started my career in a Chevrolet and I couldn’t be more excited to put this new Camaro SS Funny Car on the track,” said Force. “With all the assistance from Chevrolet, it not only looks great, it’s designed to perform better than anything we’ve had before, with a shape that should help us get down the track quicker and with greater stability.”

The team conducted computational analysis and scale-model wind tunnel testing to help give the new body the airflow management qualities necessary to deliver the downforce required by the 10,000-horsepower supercharged race car, as it accelerates from 0 to 330 mph in less than 4 seconds – and in a mere 1,000 feet.

Among the unique aerodynamic elements is a new, integrated front splitter that helps direct more air over the body to increase downforce. The design also incorporates new, dual blow-out – or “burst” – panels, safety devices that relieve underbody pressure to help keep the body on the chassis in the event of an engine failure.

“The 2016 Camaro has been a great success in the showroom and Chevrolet is proud to contribute to its debut in NHRA’s Funny Car class,” said Jim Campbell, Chevrolet U.S. vice president of performance vehicles and motorsports. “It joins the 2016 COPO Camaro in the Sportsman classes, strengthening Chevrolet’s presence in drag racing, which dates back nearly 60 years.”

Camaro at the drag strip

Camaro’s legacy in drag racing dates back to 1967, when longtime Chevy racers such as Dave Strickler and Bill “Grumpy” Jenkins, pushed the new pony car up through the Super Stock ranks. Jenkins would go on to pioneer the new Pro Stock class, giving the Camaro its first win there in 1970. 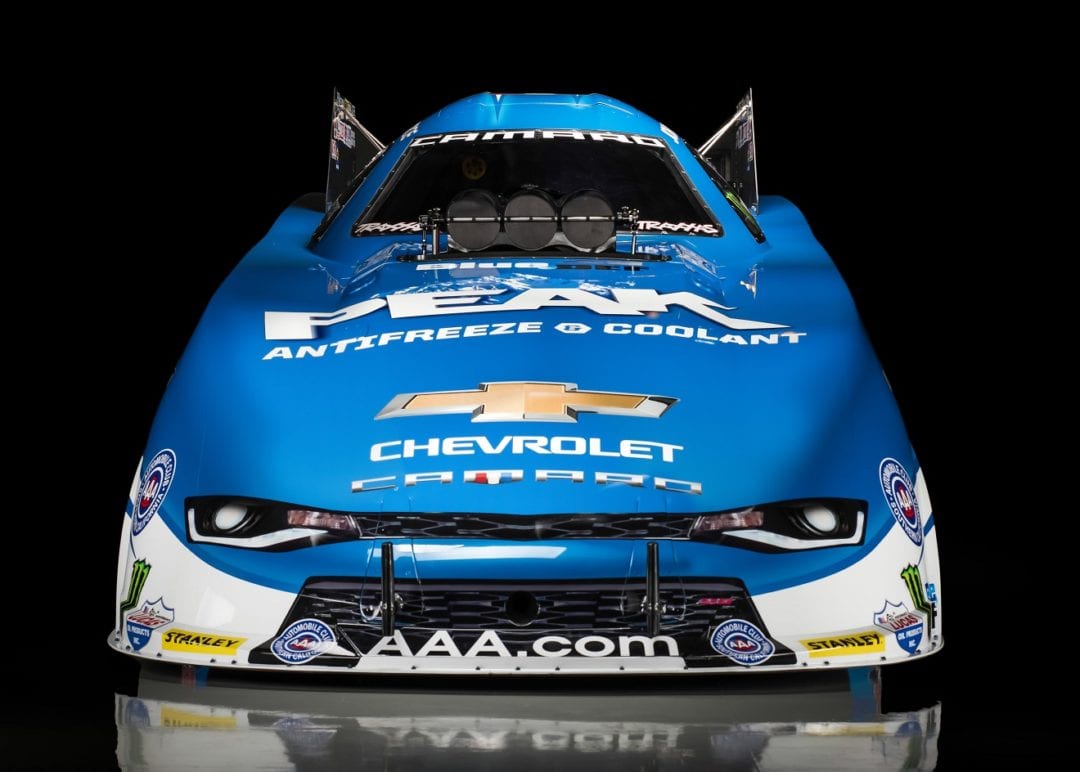 More recently, Camaro has become a fixture of the Pro and Sportsman ranks. Behind the Pro tree, John Force Racing has returned Camaro to the Funny Car class, while Camaro drivers have dominated the Pro Stock field – including consecutive championships in 2014 and 2015.

“Racing improves the breed and that’s why Chevrolet races,” said Campbell. “The wins we record on the track help us design better cars customers will buy in the showroom.”