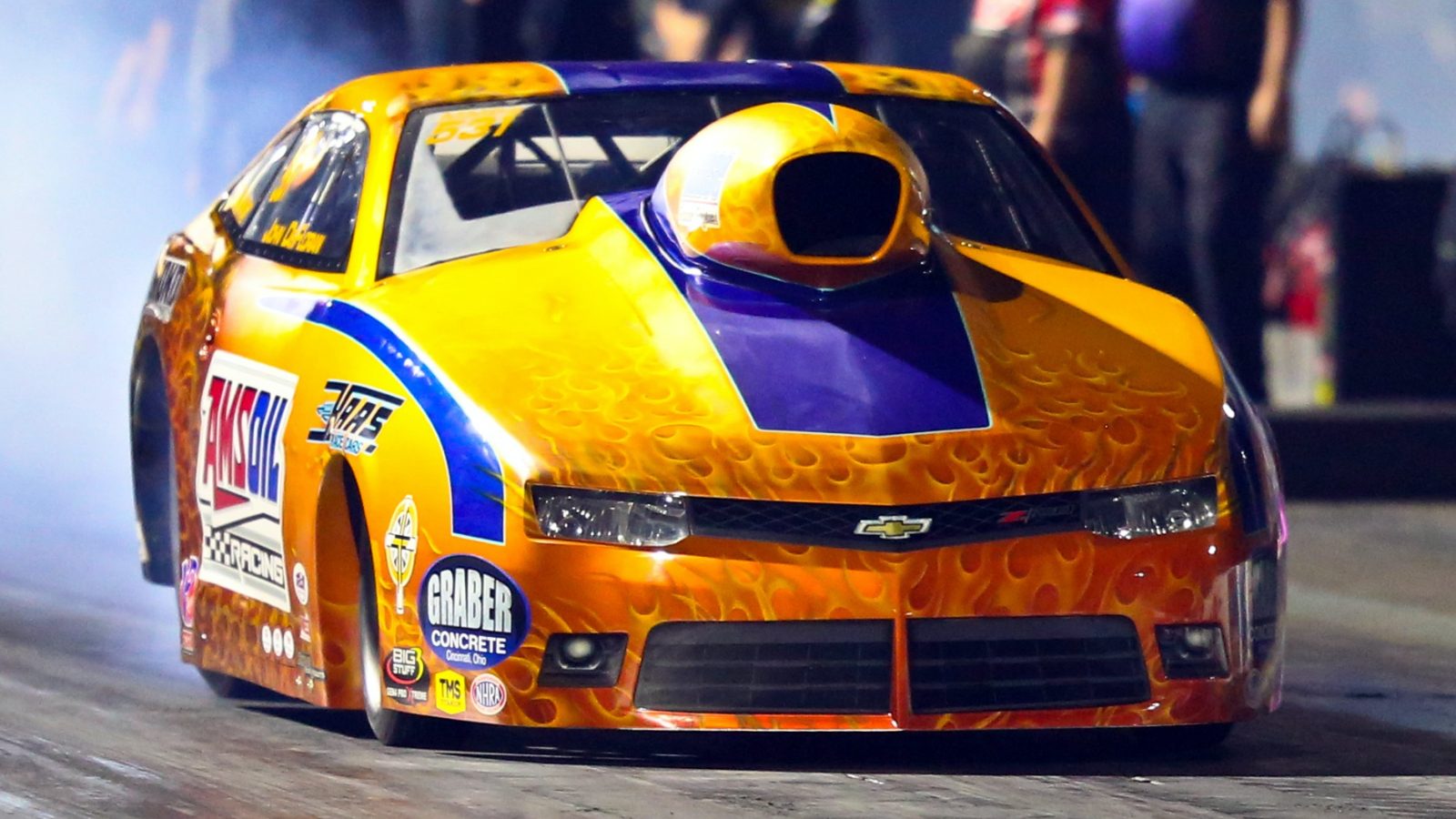 John DeFlorian’s goal for the World Finals is to run just one ten-thousandth of a second quicker than his 4.000-second Extreme Pro Stock record set at last year’s World Finals. With a 4.012 at 180.04 during the second session, DeFlorian believes his Kaase-powered AMSOIL ’15 Camaro has what it will take to record the class’s first official 3-second run when the conditions are there.

“The water was coming in really heavy, and you just can’t burn water,” explained DeFlorian, who thanked crew chief Brian “Lump” Self, his team, and supporters like Kevin and Karen Bealko, AMSOIL, and Graber Concrete. “We were still going for it. I think we’ve got a little issue going on with the car that we may have figured out. Both runs the car got loose down track. If we just straighten that run out there, it would’ve gone a 4.004. It’s just so close. But tomorrow doesn’t look bad. We’ll see what the conditions do and we’ll see what we can do. We love coming out here to this race every year. [The first 3-second run] is always this thing that everybody is chasing. We couldn’t have gotten any closer last year – one ten-thousandth.”

DeFlorian is far from alone in his quest for the first spot in the 3-second club. JR Carr in his Frank Gugliotta-tuned F5 Motorsports ’20 Camaro fired off a 4.015 at 180.36 in the lane next to DeFlorian. Elijah Morton was the third-closest to the 3s with his 4.021 at 180.52 in his Allen-powered Morton Brothers Motorsports ’19 Mustang.