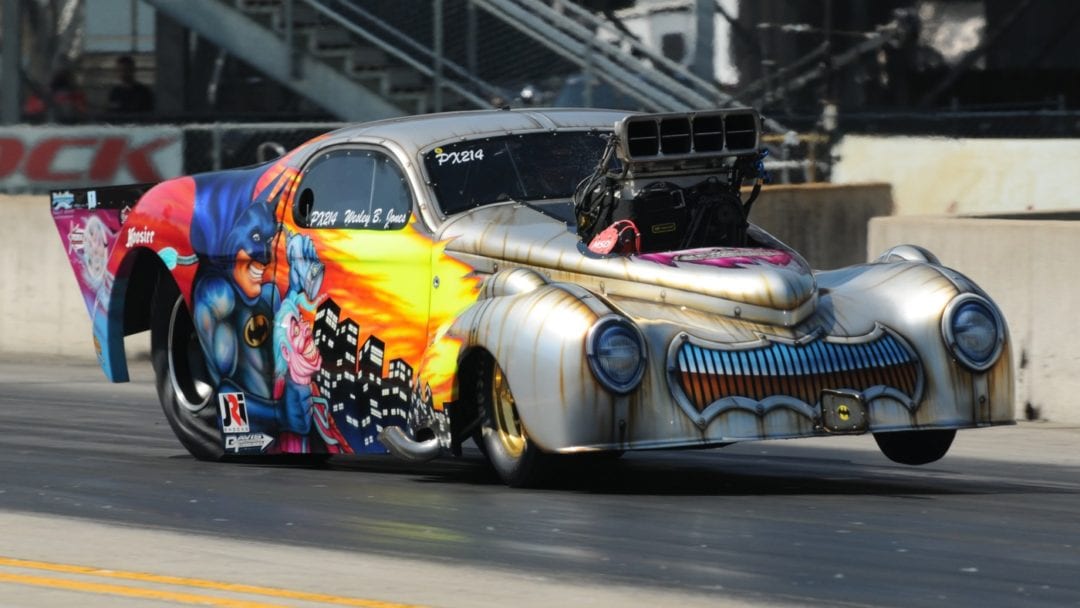 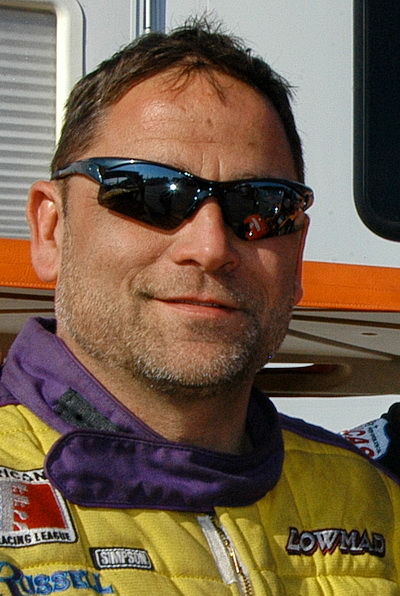 Wesley Jones jumped back into the Pro Mod scene in 2014 after taking a three year hiatus from the driver’s seat. His return showed great progress in his Pro Extreme program with a ninth place finish in national points standings. He’s positioned for an even greater showing in 2015, but will get a late start at the PDRA Pro Extreme Championship chase due to a detached retina. Healing from surgery to fix the issue will prohibit Jones from racing at the Texas Nationals next weekend. It won’t keep him from being present, however, as Jones has made an agreement with famed PX racer Joey Martin to drive in a one-race deal.

Since 2001 Joey Martin has been behind the wheel of a Pro Mod, making a name for himself and his car owners. This year he had not planned to pilot a car, but instead focus solely on his Joey Martin Race Cars business. When the opportunity to drive for Jones at Dallas came up, however, he couldn’t turn it down. The ‘41 Willys Jones fields in PX is the same car in which Martin got his Pro Mod start.

“I started driving that car in 2004,” Martin explained. “I’ve made a quite a history since then, but it’s cool to go back. It was my first endeavor into Pro Mod stuff when I was racing for Tim Tindle.”

After Dallas it will be back to the chassis shop for Martin, who just finished building a new C7 Corvette for Gene Hector, which Hector plans to debut at the PDRA season opener.

Jones believes putting Martin in the car, especially one he is already familiar with, will be the best way to start the season with some momentum while he recovers. “The doctor would rather me hold off on driving for the Ennis race,” Jones explained. “I want to support the series and I can’t do that sitting at home, so I’m glad it’s working out for Joey to drive this race. I plan to be back in the car for Rockingham. I failed to qualify for two races last year and I ended up ninth in points overall. Despite not driving this one race, we’ll still be working with the car, getting more experience and a tune up so hopefully we’ll still be able to make a run for the Championship. I’ll have to make up some along the way, but I’m going to do my best.”

The detached retina was an unfortunate side effect of a previous cataract surgery, Jones explains: “It developed in December of last year after racing season. I asked the doctor if racing caused the detached retina, but he said that 1 in 1000 people that have cataract surgery results in a detached retina. So I guess I need to go buy a lottery ticket. They expect a full recovery. There’s just a slow healing process to it, 8 to 10 weeks. I think I’m about 6 weeks into it.”

Missing the first PDRA event will hopefully only be a minor setback in what is proving to be quite an impressive leap in performance for Jones. Jones is often referred to as a one-man-show and while he’s largely been a self-made man in the industry, he attributes a good deal of his progress to spending time with some of the sport’s biggest names.

“A combination of a friendship with Jason Scruggs, purchasing a motor from him, and just following the lead and advice he’s given along the way has really made a big difference in my program,” Jones told. “He’s a good friend, him and Bubba Stanton both. I got to work with him for a year before I got back into racing. I was able to learn from him and make the deal on a motor. The combination of these things has really put me in a spot to be more competitive in this car than I’ve ever been.

“There’s some crew that comes with me throughout the year, but everything at my shop is pretty much a one man show. I had a good bit of chassis work done over the winter at Jerry Bickel’s. After I picked it up, it was back to my shop where I do pretty much all of it.”

Tommy Mauney built Jones’ Willys back in 2002. It’s not often that you find a car that’s over a decade old being competitive at the highest level of professional eighth mile racing. “We stressed it a lot last year,” Jones said of the Willys. “That’s what resulted in the chassis work over the winter. It’s been updated with new four link brackets and other things that will help stiffen the car up. I believe now it’s as good a car as a brand new car.

“I love racing,” Jones added. “I love the challenge of trying to make the car go fast. I love going to hang out with friends and fellow racers. But when it’s all said and done, my vision is way more important than driving that race car. I think everybody would agree with that. So I’m going to take this time to heal and get back at it in Rockingham. The competition is going to be stiff this year. I hear we have several new cars coming, but I’ll be ready for it.”