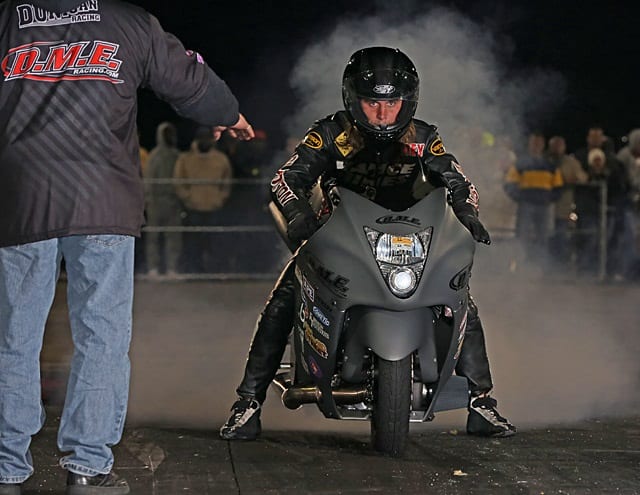 With Joey Gladstone in the seat, the gray bike won the final over Mark Rendeluk’s Pro Extreme Motorcycle-style nitrous-huffing GS Suzuki. It was the second straight year that Rendeluk watched the gray bike set a no-bar world record from the other lane. 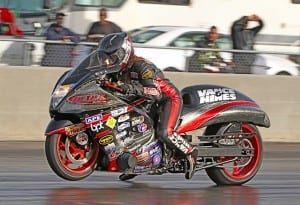 Gladstone also won the APE Pro Street championship for the third straight time on his DME/Vance & Hines “Black Betty” ‘Busa, although he lost the final to DME Racing teammate Terence Angela. Gladstone tossed away a 6.82 at 214 with a -.001 redlight.

Oh, and destroyed the record books as well.