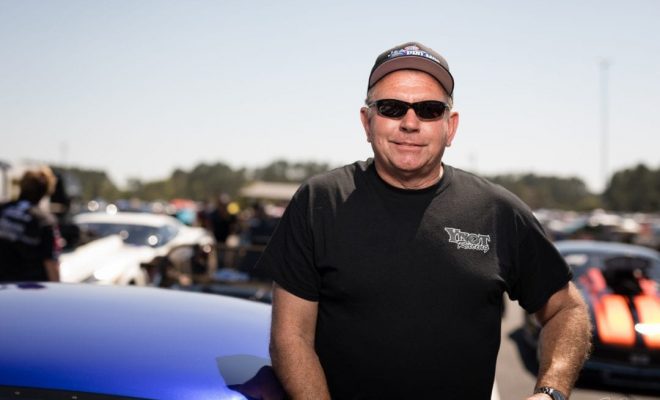 There have been a lot of great racing moments recently for Jim Whiteley, including picking up his second career NHRA Pro Mod win less than a month ago. But there’s still one weekend the veteran keeps coming back to and that was the inaugural Drag Illustrated World Series of Pro Mod. In fact, it was such a memorable weekend that Whiteley had no problem clarifying just how enjoyable it was.

“That particular race was the funnest race that I’ve ever been to in 20 years of racing,” Whiteley said on Drag Illustrated Founder and Editorial Director Wes Buck’s Facebook Live show. “That’s what it’s all about, people hooting and hollering. It was a show, the fans had a great time (and) as racers, we’re ecstatic and we can’t wait to do it again. It’s an honor to open the door and say let’s do it again.”

Whiteley recently received – and then promptly accepted – his invitation to the second annual Drag Illustrated World Series of Pro Mod, which again takes place at Bandimere Speedway on Aug. 10-11.

For Whiteley, who competed in the inaugural event with his son, Steven, it was a no-brainer to accept the invite, in part because of the $100,000 winner-take-all prize. But Whiteley, who received the first official invite, hinted that his reasoning went far deeper than that.

“It’s an honor for you to hand (the invitation) over to us,” Whiteley said to Buck. “We’re 100 percent supportive of that program and love to see it grow to be very, very large. This has the making to be something big and we’re looking forward spending a few more days at the racetrack with you.”

That’s often the nature of the beast in a class this talented, but Whiteley has been an instrumental figure in helping the class reach its current status. Whiteley and his company, J&A Service, have been massive supporters of not only the NHRA Pro Mod class – remaining as the category’s presenting sponsor – but also the World Series of Pro Mod.

It goes back to an extreme passion for the class, even if that means things not always going as planned in the thriving class.

“It’s extremely tough and if you stumble just a little bit you’re not going to make it,” Whiteley said. “We had a really good week in Houston. The car was dialed in and everything fell into place. If you miss a beat, you’re more than likely going to not race on Sunday. There’s no room for error, to be honest.”

That has brought out the best in everyone and the performances prove that. Runs in the 5.70s are the norm, which Whiteley believes is the byproduct of teams accepting technology and working extremely hard to implement it. 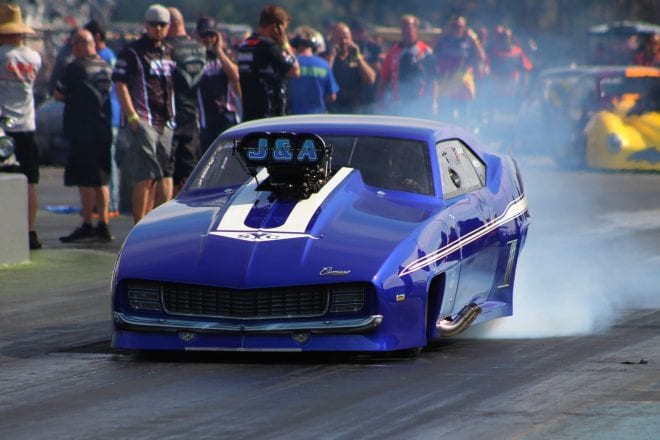 He credits automatic converter technology advancements in the past 16 months for helping cars finish hard-starting runs in impressive fashion at the finish line, though he concedes cars like his J&A Service/Y-Not Racing Yenko Camaro will face a difficult challenge trying to chase down the vast array of turbocharged talent throughout the summer.

“That’s what make it fun,” Whiteley said. “Regardless of car, have to have a really good day and have some things go your way. I don’t think you’ll see repeat winners too often.”

Whiteley would like to try to make that happen, while also grabbing a victory at the World Series of Pro Mod, but he remains proud of a family that continues to impress across several classes.

Steven, the runner-up to WSOPM winner Mike Bowman last August, is a contender in the NHRA Pro Mod ranks and will debut a new car in Topeka, while Pro Stock Motorcycle’s Cory Reed has consistently shown strong progress in a deep class. Jim’s wife, Annie, just won in Charlotte in Top Alcohol Funny Car, leaving the father and husband proud and also excited for the future, which includes a second date on the mountain in August.

“It’s overwhelming that you can build a program like this,” Whiteley said. “It’s a lot of hard work and I’m very proud of every one of them. A positive attitude brings positive things. That’s the attitude we have and I’m surrounded by a group of people who are the same.”