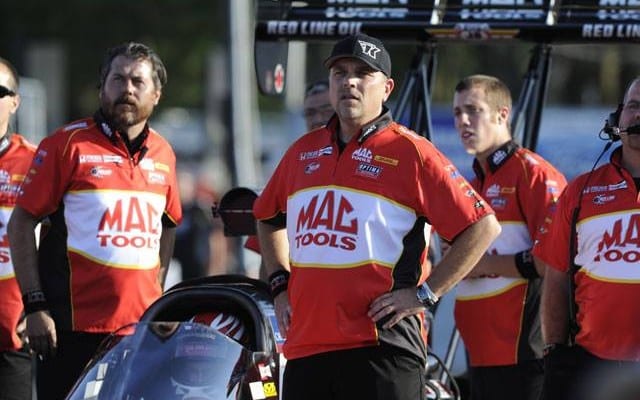 Team Kalitta owner Connie Kalitta has decided that effective immediately, Jim Oberhofer has been released from Kalitta Motorsports and his position as crew chief for the Mac Tools Top Fuel dragster team driven by Doug Kalitta.

Oberhofer has been a member of Kalitta Motorsports for over 30 years and has held numerous positions including Vice President of Operations as well as being crew chief on Kalitta’s dragster where he helped secure multiple top-ten point finishes for the veteran driver.

“I want to thank Jim for his years at Kalitta Motorsports and appreciate everything he accomplished here. I wish him the best in the future,” said team owner Kalitta.

Troy Fasching will continue as Crew Chief for the Mac Tools team for the remaining five races of the Countdown to the Championship beginning this weekend in St. Louis.