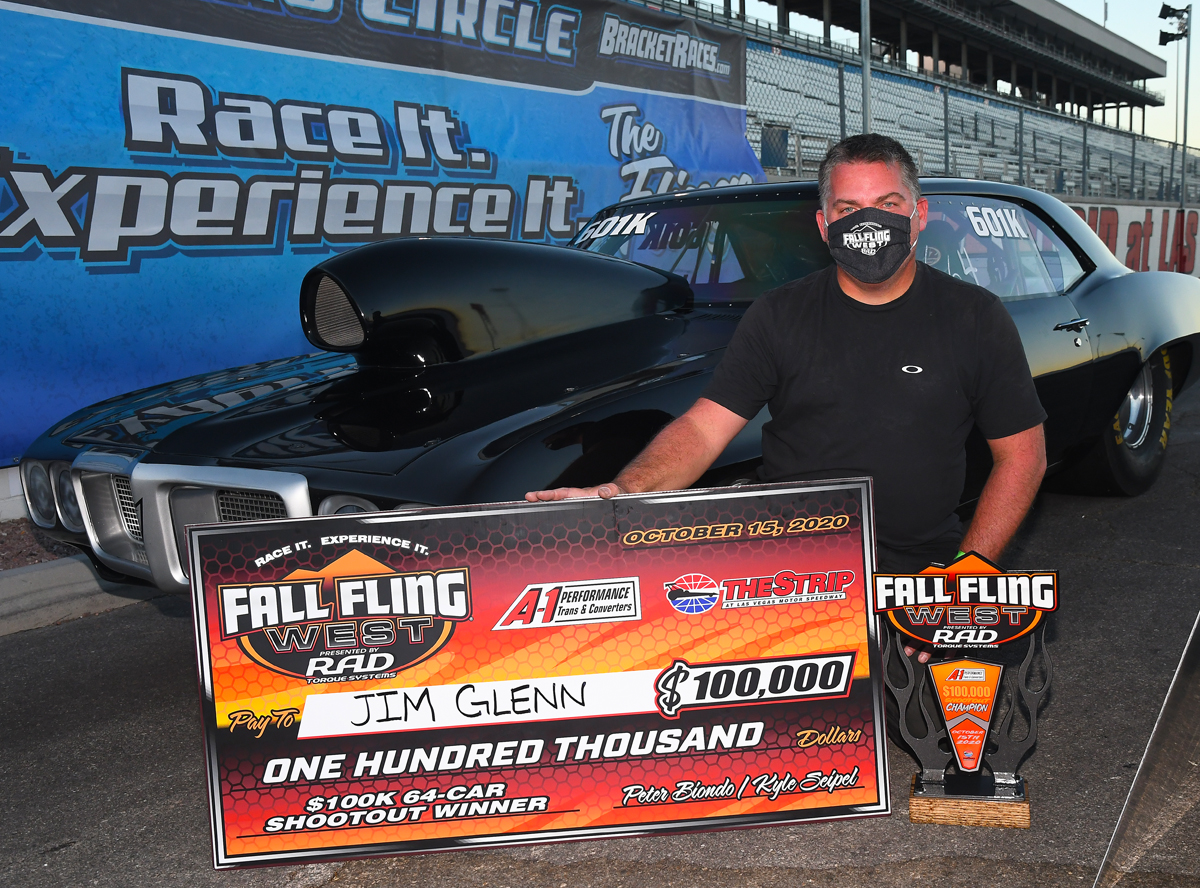 The Fall Fling West presented by RAD Torque Systems kicked off with A-1 Performance Thursday which included a $100,000 to win 64-Car Shootout. The day began with clear skies, a stiff head wind, and a gorgeous backdrop.

Moving into the quarterfinals was McClelland, Hawk, Glenn, Dueschle, Richardson, Wurtz, Torres, and Kidd. The highlight of the round was the battle between Richardson and Lafferty where Richardson laid down a perfect package to defeat Lafferty’s .001 dead one lap!

In the quarterfinals, McClelland posted a .012-pack in his wagon to turn back Hawk who was .002 and two above. Jim Glenn used a .005 to .041 reaction time advantage to move past Deuschle. On the dragster ladder, Larry Richardson capitalized on Wurtz’s breakout to move into the semifinals. In the last matchup of the round, Gabriel Torres moved past Kidd after dropping to dead on.  Kidd’s .003 take .041 put him .005 under his 4.75 dial.

Both semifinal pairings were decided at the starting line when McClelland turned it red to Glenn by .006 and Richardson was -.001 red against Torres. Of note, McClelland won two rounds earlier in the day by virtue of the TruStart system as his opponents fouled by a greater margin than he did.

In addition to the 64-Car Shootout, promoters Peter Biondo and Kyle Seipel added a GearWrench Pro Class Run for the Shootout. Racers were given one shot to lay down the best package and earn their way into the four-car Shootout where the winner would receive $1,000 of the $2,000 guaranteed purse.

In addition to the cash prizes in the GearWrench Run for the Shootout, Peter and Kyle donated $400 to the Racers for Christ from the extra entries in the Shootout.

The Fall Fling West presented by RAD Torque Systems continues on Friday with the Kidd Performance and Dyno $10,000 race. New entries time trials start at 8 AM with eliminations to follow.