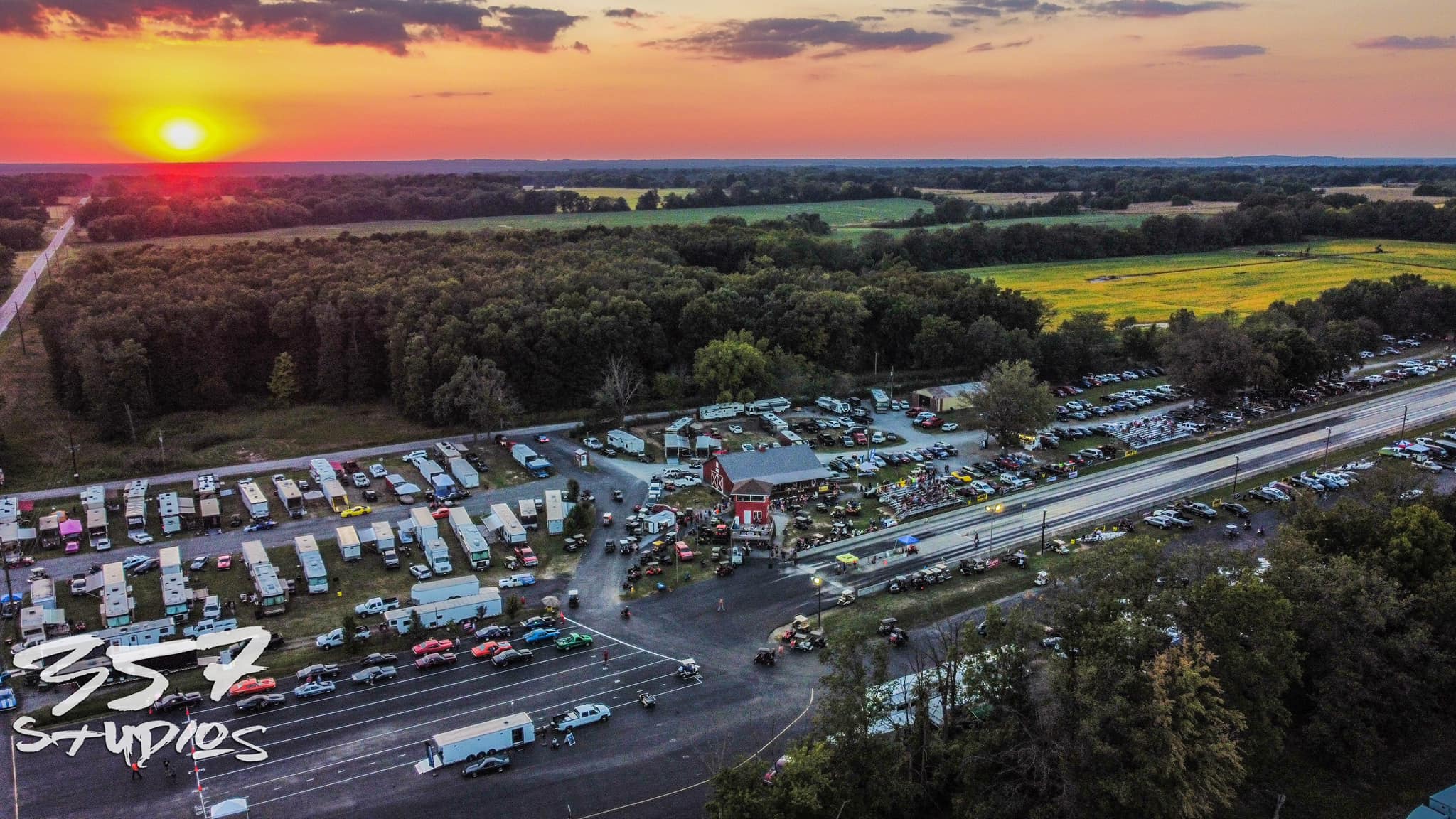 The 11th version of the JEGS Summer Door Car Shootout presented by BTE certainly lived up to its motto as the “Biggest little door car race in the Midwest.” Not only did a sold out field of 250 racers jam the small I-57 Dragstrip facility, more than 1,000 spectators were on hand to witness the show.

Rockford, Illinois racer Torry Williams kicked off the weekend festivities by driving his gorgeous Nova to an $11,000 windfall in the Ohio Crankshaft Main Event. Williams put on a starting line clinic throughout the day and saved his best for last, posting a nearly unbeatable .008 package to best Jonathan Rogers in the final round. Steve Rogers and Chuck Roycraft were the semi-finalists. Local standout Derek Pearson earned the $1,000 Laris Motorsports Insurance “No Box Bonus” as the last bottom bulb driver standing.

Saturday morning, Summer Door Car Shootout racers raised $4,000 for the JEGS Foundation for Cancer Research as part of the APD “Dial for Dollars,” which was won by Mike Murray. Murray, who made the trek to southern Illinois all the way from Houston, TX, posted a .004 package to earn the top prize: a $500 JEGS gift certificate.

As the afternoon sun began to set, Todd Senseney squared off with Brandon Schmall in the Brodix Saturday $11,000 main event final. The stage was set for a great battle between the two seasoned and accomplished racers: Senseney drove each of his Chevy II’s to the quarterfinal round before dropping one entry, while Schmall was looking to become the first JEGS Summer Door Car Shootout driver to win a main event without the aid of a delay box. Schmall came through a talented No Box field to win the $1,000 Laris Motorsports Insurance bonus before dismissing two box-assisted opponents en route to the final round. There, it was Senseney getting the win and taking home the hardware by a scant .002-of-a second. Jeremy Jensen and Travis Smiley were the semi-finalists.

Immediately following the Brodix Main event, Saturday evenings Law Chevrolet Salute to the Fans commenced, featuring final eliminations in the Oakley Performance Quick 16, final rounds of the ever popular JEGS Wheelie Wagon and Goodyear Burnout contests, as the unique Siebert Performance Ultimate 57 presented by K1 Technologies. That event was an invitation-only affair that included former Summer Door Car Shootout winners in addition to racers that had participated in at least 9 of the previous 10 JEGS Summer Door Car Shootouts. There was no entry fee, and the winner was set to take home a tremendous prize: a complete 402 cid Sportsman Series LS engine courtesy of Siebert Performance! The staff at Siebert Performance had the motor on hand for the event: it features quality products from Brodix Cylinder Heads, Milodon, K1 Technologies, Holley, GPE Starters, ICT Billet, Meziere Enterprises, Wiseco, JEGS, Total Seal, Manley, Comp Cams, and more!

When the dust cleared, it was no surprise when Jeremy Jensen turned his Corvette roadster around in the shutdown area and drove back up I-57 Dragstrip to celebrate the victory. Jensen, after all, is the winningest driver in JEGS Summer Door Car Shootout history, having won back-to-back main events in 2012 and 2013. He followed that up with a Quick 16 victory in 2014. As if that wasn’t enough, he advanced to the final round in the 2016 and 2017 main events, only to settle for runner-up. After defeating Jason Grams in the quarterfinal round, Jensen earned the semi-final bye before squaring off with Jason McConnel in the high stakes final round. Jensen earned his fourth (and most lucrative) JEGS Summer Door Car Shootout victory when McConnell, who earned his spot in the runoff for attending all 10 prior events), lit the red light. The lone semi-finalist was 2-time event winner Andrew DiPiazza.

In conjunction with the Siebert Performance Ultimate 57 presented by K1 Technologies, racers and fans were treated to the final runoffs in the JEGS Wheelie Wagon and Goodyear Burnout contests. In a David vs. Goliath matchup, Kyle Hancock earned an upset victory in the JEGS Wheelie Wagon event over perennial finalist Lucas Walker. Hancock completed an epic wheelstand that ended in the opposite lane that it started, earning high praise in the fan vote!

While David Hearn put up a great fight, James Taylor performed what may well be the best burnout we’ve ever seen in the 11 year history of the JEGS Summer Door Car Shootout. Taylor, driving a mid-seven second Footbrake car performed a “slow burn” that lasted nearly a full minute and culminated at the 330’ mark! Taylor earned the fan approval in a near-unanimous decision.

The Oakley Performance Quick 16 title went to Iowa with John Davis, Jr. who drove his Firebird to a final round victory over Matt Fuchs in an incredible side-by-side race in which both drivers posted .00 reaction times and matched their dial-ins. The semi-finalists were Wayne Cook and Jordan Bouchie. The field was paced by Mark McDonald, with a 4.71 pass and anchored by the 5.38 ET of Lonnie Rice.

Moser Sunday brought the event’s conclusion and saw Brian Whitworth drive his S10 pickup to the $11,000 victory over Jared Fulcher. Whitworth, who was joined in the quarterfinal round by his father Mike, put on a show: he posted .00 reaction times in 7 of the 9 elimination rounds, highlighted by a .004 light in the final. Fulcher ended the race early with a final round red light. The semi-finalists were Tyler Roach and Justin Smiddy. Lucas Walker earned the Laris Motorsports Insurance $1,000 No Box bonus.

In addition to the massive JEGS Summer Door Car Shootout purse, the event handed out more than $40,000 in prizes throughout the weekend, and provided racers and fans with breakfast each morning, nearly unlimited ice cream throughout the event, and a racer’s appreciation barbecue courtesy of Lucas Oil, Wiseco, and Vintage Race Trailers. The JEGS Summer Door Car Shootout staff wishes to extend thanks to all competitors and fans who made their way to I-57 Dragstrip for the weekend, and promises to provide an even better experience in 2023!