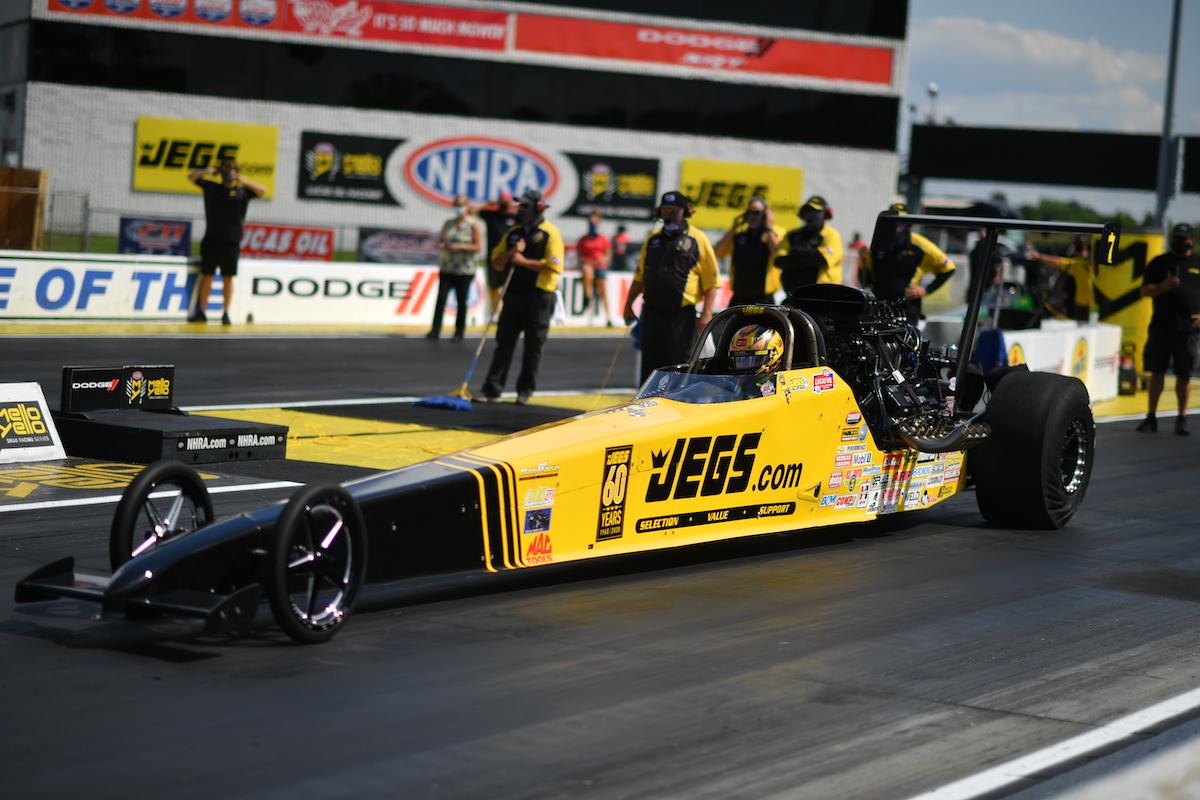 Just weeks after the successful conclusion of JEGS Speedweek at National Trail Raceway, the popular JEGS SPORTSnationals will make its first stop in the Northeast this Thursday-Sunday at historic New England Dragway.

Bertozzi and Coughlin are both expected to be among the leading contenders in Epping as they continue their battle for the national championship in the Vortech Superchargers Top Dragster division.

Bertozzi is the current points leader in Top Dragster while Coughlin is ranked 25th, despite having attended just one national event so far.

“I’ve never been to New England Dragway but I’m really looking forward to it,” Coughlin said. “I’ve been told it’s a nostalgic place, an old-school track, and I really enjoy those kind of places. I also know there are a lot of great restaurants and great seafood in that part of the country.”

“My car has been running great over the last few weeks,” Coughlin said. “We don’t even need to make any changes, just maintain it from race-to-race. Getting to the final [at the JEGS SPORTSnationals] was a huge confidence booster.

“I don’t like losing but after that race I wasn’t disappointed one bit. When you race against Anthony he’s the best there is. My car also ran great in Indy last weekend and before that when we were in Topeka. I’m also liking the double-races That’s a win for everyone when you can run two events with half the travel.”

Coughlin is the only Team JEGS driver racing in Epping, but he’ll have the full support of longtime crew chief Greg Coty and crewmen Tony Collier, Dave Ruark and Ryan Micke. Coughlin will also be joined by his son, Clay, who is preparing to make the transition from Jr. Dragsters to NHRA sportsman racing in the near future.

Much like the other JEGS SPORTSnaitonals races, the Epping event is expected to feature the same mixture of fierce on-track competition, and friendly off-track camaraderie.