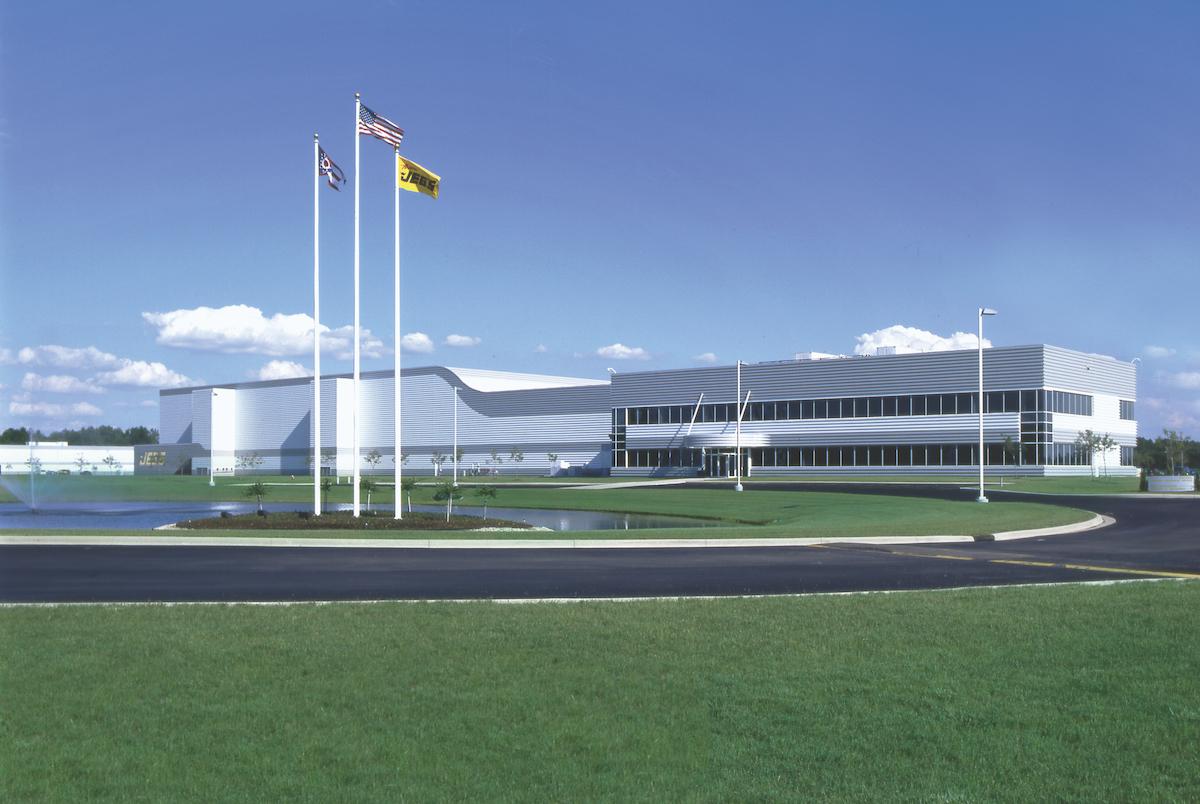 From the humblest of beginnings 60 years ago, to the worldwide high-performance parts powerhouse it has become, JEGS Automotive will be celebrating its sixth decade in business this year with a variety of themed racecars competing on the NHRA drag racing circuit.

Hall of Fame member Jeg Coughlin Sr. could have hardly imagined the success his small speed shop would obtain when he started it all in a non-descript little building on 11th Avenue in downtown Columbus. He was just a young kid at the time, thrilled by all things hot rodding, and his singular idea of making his car faster with better parts quickly blossomed into helping others achieve the same goal. As the only supplier in the region, and with his willingness to share, JEGS quickly became the go-to place for local racers.

“Dad has always been the best teacher I’ve ever known,” said John Coughlin, the oldest of four brothers that now own and operate the family business. “He is an exceptional father and a wonderful businessman and counsel and although he likes to give credit to everyone else, without him none of this would be possible.

“He had a simple philosophy very early on and we’ve pretty much just stuck to it. He always says, ‘Keep it simple. Give the customers what they want, when they want it, at a great price, and back it up with the best customer service in the business.’ Through all the growth, we’ve kept to that line of thinking.” 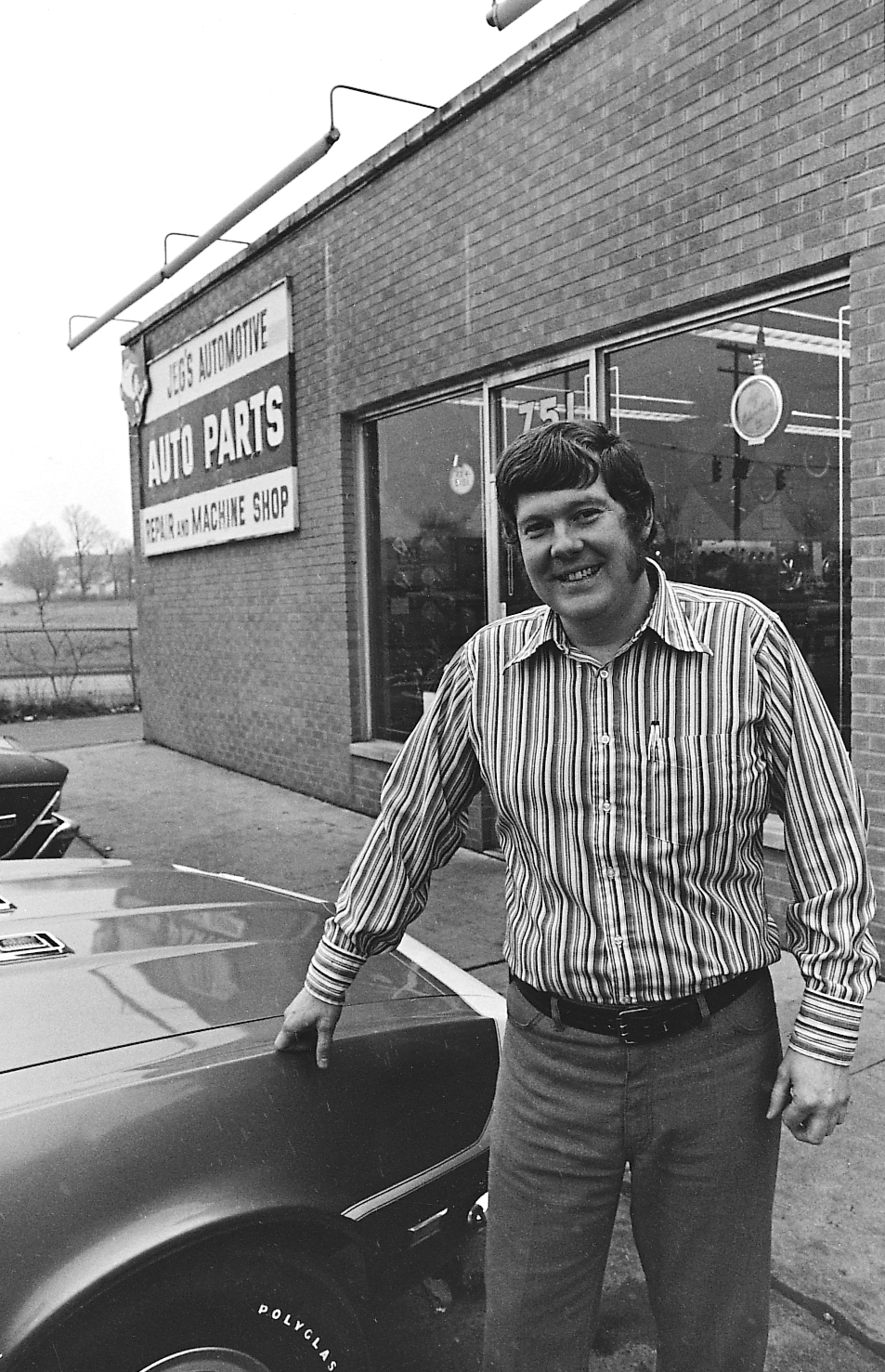 It’s certainly worked well. JEGS Automotive now ships out more than a million packages a year to customers around the world. There are more than 400 associates working at the company headquarters in Delaware, Ohio, manning the massive 225,000-square-foot warehouse and distribution center and two state-of-the-art call centers. Their customer service department scores the highest marks in the industry.

“I look to our associates and credit them with our growth,” Troy Coughlin said. “We have one person celebrating 50 years with us very soon and a bunch more have passed the 40- and 30-year mark. My brother John just passed 40 years himself right before Christmas.

“Dad always told us to surround ourselves with good people that have great values and integrity. We have a saying, ‘Ladies and gentlemen working with ladies and gentlemen.’ We know if you treat people right they will work hard for you and that has proven to be true so many times. Our associates believe in the same virtues we do. None of us feel like this is a job, per se, it’s a big extended family and we all love coming in every day.”

John, Troy, Mike and Jeg Jr. purchased JEGS from their father 30 years ago and are credited with transitioning the company from primarily a catalog-based entity to an Internet platform that has drastically improved response and delivery times. Most items ordered through JEGS.com are shipped the same day.

As for marketing, the same basic ideals put in place by family patriarch Jeg Sr. still hold true today — perform well on the racetrack and share your technology with your customers. In the past 20 years, JEGS has developed its own line of products that now numbers more than 20,000 items to go with the 1M parts they already offer.

A vast majority of JEGS parts are “Track Tested” in the very racecars driven by numerous members of the Coughlin family. No one has done more to further that cause and bring attention to the yellow-and-black through racing than Jeg Jr., a six-time world champion who has collected 82 of the family’s combined 125 national event titles.

“The basic idea of showing our customers what various high-performance parts can do to make them quicker, faster and/or more consistent by using them ourselves comes from our father,” Jeg Jr. said. “We’re still doing it to this day and it remains a very effective sales tool. These efforts, along with constant feedback from the racing community, allows us to stay at the forefront with our products and communication.

“It’s such an honor to continue my father’s legacy and it should be noted he remains a very big part of the company. We all know he’s just a phone call away, whether we need advice on the business or on our racecars. Nine out of 10 times, he’s already encountered whatever problem we are facing and has a quick answer.”

Coming off his third Division 3 title run, Mike also boasts an enviable record on the quarter-mile, just like his father did back in the company’s infancy.

“JEGS started when Dad began ordering parts from the back of hot rod magazines from guys out on the west coast,” Mike said. “That was the only way you could get stuff back then. He’d put those parts on his car and go out on weekends and beat everyone and pretty soon they started asking what made him so fast. Instead of keeping it to himself, he started ordering extra parts and selling them to his friends. It spread from there and now look at what it’s become. It’s remarkable.

“It’s still a lot of fun to walk through the original building on 11th Avenue, which is still in operation, look at the old photos, and see what Dad started 60 years ago. I am very thankful and proud to be a part of something he created. I love what I do. I think we all do. Dad’s passion has turned out to be our passion as well.”