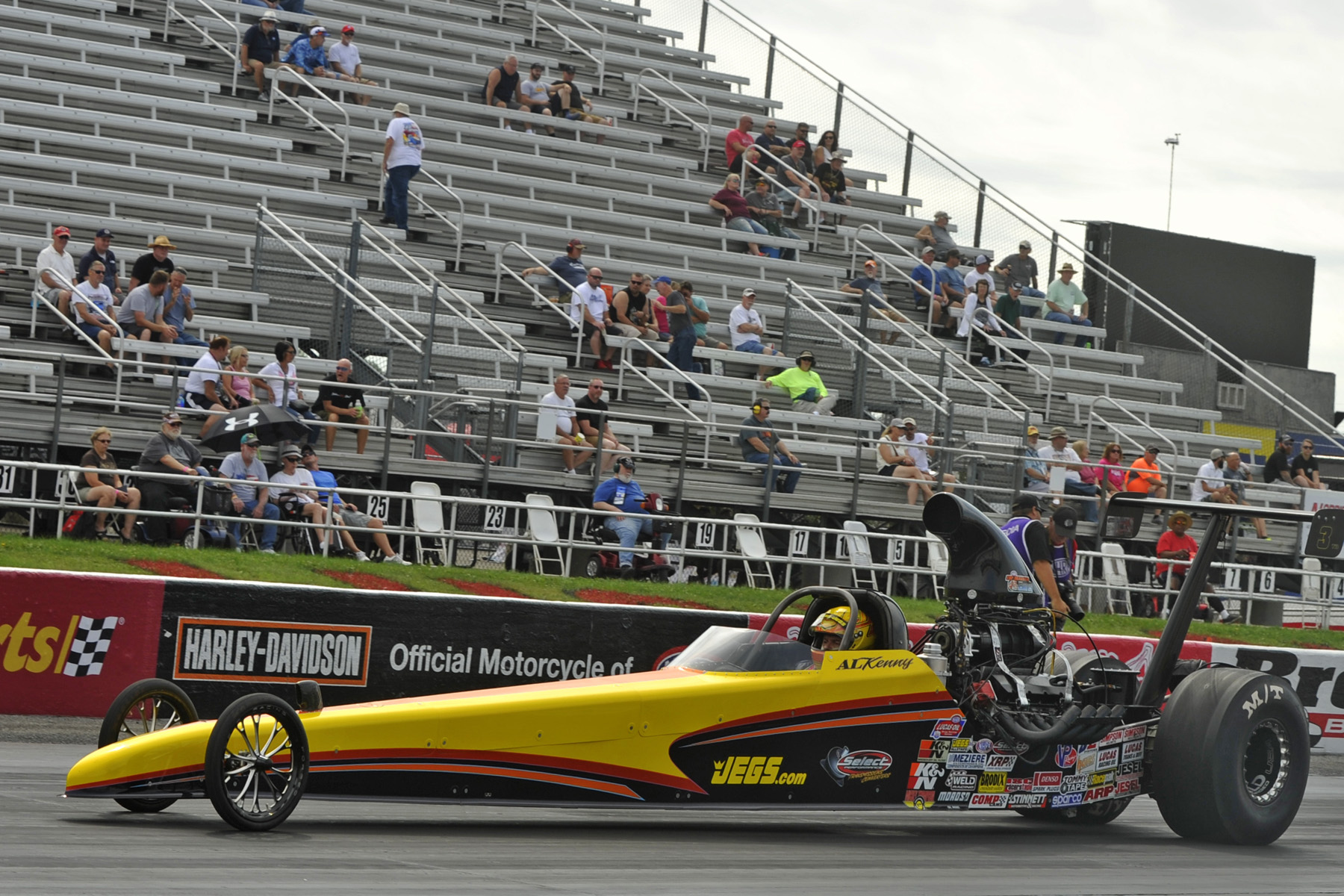 The JEGS Allstars competition, one of the most intense NHRA Sportsman competitions of the year, will take place this year at the Denso Spark Plugs NHRA U.S. Nationals in Indianapolis. The special event, originally scheduled to take place at its traditional site at the NHRA Route 66 Nationals, was moved after that event had to be canceled for this season as a result of the COVID-19 pandemic.
“We couldn’t be more excited to have the most prestigious Sportsman race of the year at the most historic track on our sport’s biggest stage,” said Scott “Woody” Woodruff, JEGS Director of Media & Motorsports. “Having the JEGS Allstars race as part of the NHRA U.S. Nationals is huge for everyone involved. We know the racers, sponsors, crew members, families, and fans will all be excited for the JEGS Allstars race more than ever this year.
“Behind the scenes, there were a lot of moving pieces and conversations that have taken place over the last two months to make this happen. The racers should know that the NHRA competition department worked really hard o make this a reality, along with a number of the racing plans that have been laid out to the NHRA racing community lately regarding a return to racing.”
For 36 years, the JEGS Allstars has assembled the top Sportsman drivers in the NHRA Lucas Oil Drag Racing Series to face off in a battle for individual and team honors. This race-within-a-race will pit the top points earners from NHRA’s seven geographic divisions and four Top Alcohol regions against each other in the culmination of a yearlong points battle. The 2020 JEGS Allstars competition will take place Friday, Sept. 4 at Lucas Oil Raceway at Indianapolis.
Competitors in Top Alcohol Dragster, Top Alcohol Funny Car, Comp, Super Stock, Stock, Super Comp, Super Gas, Super Street, Top Dragster, and Top Sportsman will compete for a share of the $124,000 purse. Event sponsor JEGS, one of the largest high-performance automotive equipment retailers in the United States, has also offered a double-up bonus to racers who win the JEGS Allstars and Sunday’s U.S. Nationals title in the same category. Each of the winning team members will share in a $20,000 bonus from JEGS Mail Order.
The JEGS Allstars Top Alcohol regional team championship was introduced in 2013 with the best Top Alcohol Dragster and Top Alcohol Funny Car drivers from each of the four regions going head to head. In 2019, the Central Region team took home the championship. They were joined in victory by the South Central Division team, who scored their eighth overall and second straight win in the JEGS Allstars team championship competition.
The defending JEGS Allstars champions are Joey Severance (Top Alcohol Dragster), Ray Drew (Top Alcohol Funny Car), Frank Aragona Jr. (Comp), Jeff Dona (Super Stock), Jeff Lopez (Stock), Christopher Dodd (Super Comp), John Labbous Jr. (Super Gas), Cy Hill (Super Street), Darian Boesch (Top Dragster), and Kynon Dinkel (Top Sportsman).
Several of today’s NHRA Mello Yello Drag Racing Series stars are past Allstars participants, including Funny Car driver Shawn Langdon (Super Comp participant in 2005-07, winner in 2005-06) as well as Tim Wilkerson (Top Alcohol Funny Car participant in 1995) and Jack Beckman (Super Comp participant in 2004-05, runner-up in 2004). Pro Stock driver Jeg Coughlin Jr., who operates JEGS.com along with his brothers, John, Troy, and Mike and has been an Allstars representative for the North Central division six times, won the Super Gas class twice.
The most historic and tradition-rich event in the NHRA Mello Yello Drag Racing Series, the Denso Spark Plugs NHRA U.S. Nationals, has been contested annually since 1955 and this year will mark the 66th annual running of the Big Go. Tickets can be purchased by calling the NHRA Ticket Sales Center at 800-884-NHRA (6472), or online at www.NHRA.com/tickets. Kids 12 and under are free in general admission areas with a paid adult.