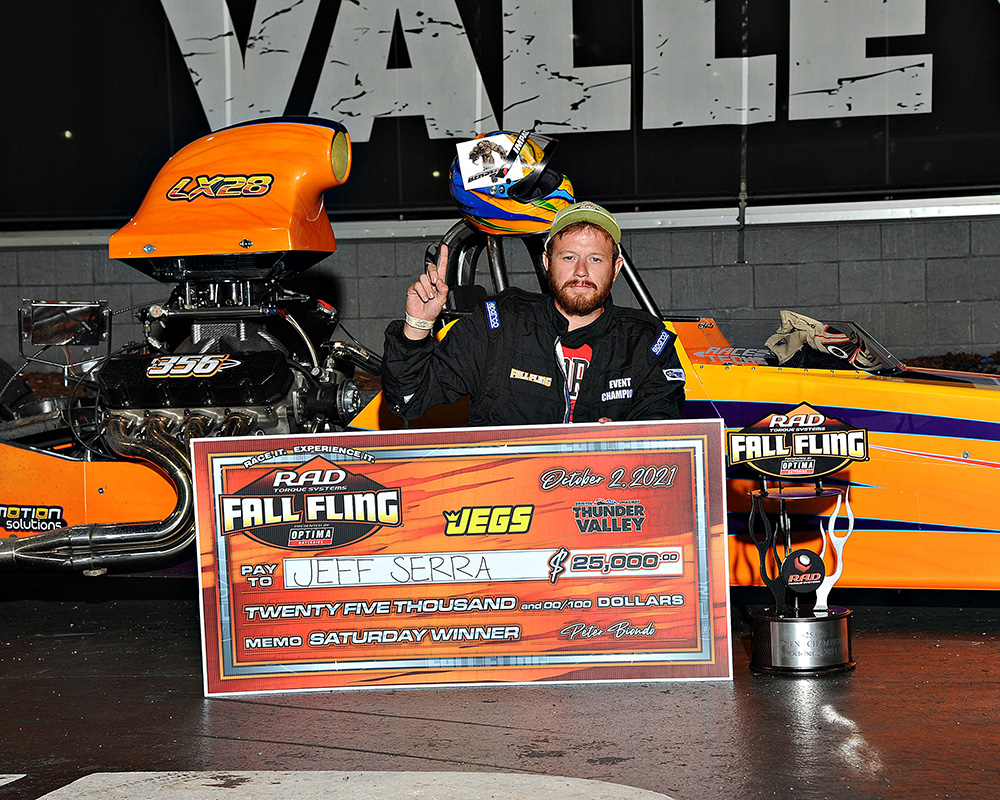 The last day of the final Fling event of 2021 concluded on JEGS Performance 25K Saturday at the RAD Torque Fall Fling presented by Optima Batteries. A month prior, racers were given the opportunity to vote to either double Saturday’s purse to $50,000 or double the round money payouts. It was nearly a unanimous decision to double the round money, and so Peter Biondo and the Fling Team delivered.

Other than the $25,000 big check, two awards would be presented by the Fling Team at the end of the day. Several drivers were in contention for the Todd’s Extreme Paint MVP Award with the first being Kris Whitfield with his 25K and 100K runner-ups. The second was Cameron Manuel, who consistently went deep in eliminations with both of his entries. In the end, the Fling Team determined that Manuel’s 28 round wins, window of lights, and number of dead-on runs made him worthy of receiving the $1,000 check and custom-painted Impact Racing helmet.

The Kyle Seipel Never Give Up Award was a trickier decision as many drivers suffered breakages and unfortunate luck. But it was the 79-year-old Bill Dempsey who captured the attention of the Fling Team after mechanical troubles earlier in the weekend. On Saturday, Dempsey laid down a .001 package after being .000 and dead-on one, and backed it up with another .000 bulb the following round. He received a custom crystal plaque presented by Ivey Hutto Golf Cart Sales and Services and the Fall Fling in addition to $1,000.

At the time the awards were presented, 380 cars had dwindled to nine for the ladder round. Scott Albrecht, Ray Fordyce Jr., Mike Illig, Jeremy York, Donovan Williams, Josh Baker, Jake Ball, Jordan Arnold, and Jeff Serra. Albrecht’s .002 put him .018 ahead of Arnold for the win, and Ball turned it just a thousandth red to Donovan Williams. Baker used a .001 to defeat Illig, and York was .006 take .003 to advance past Fordyce. Serra took the green on his bye run.

For the quarterfinals, only four-thousandths separated Serra and York on the tree with the advantage and the winlight going to Serra. Williams put together .011 total against Albrecht to move to the semifinals, and Baker let go .004 on his free ride down the track.

In the semifinals, Baker bowed out after turning it .008 red against Serra, and Williams coasted down the track for his bye. Serra would return to his fourth Fling event final round after racing himself for 100K at the Summer Fling just a month prior, while it would be Williams’s first Fling final round appearance. 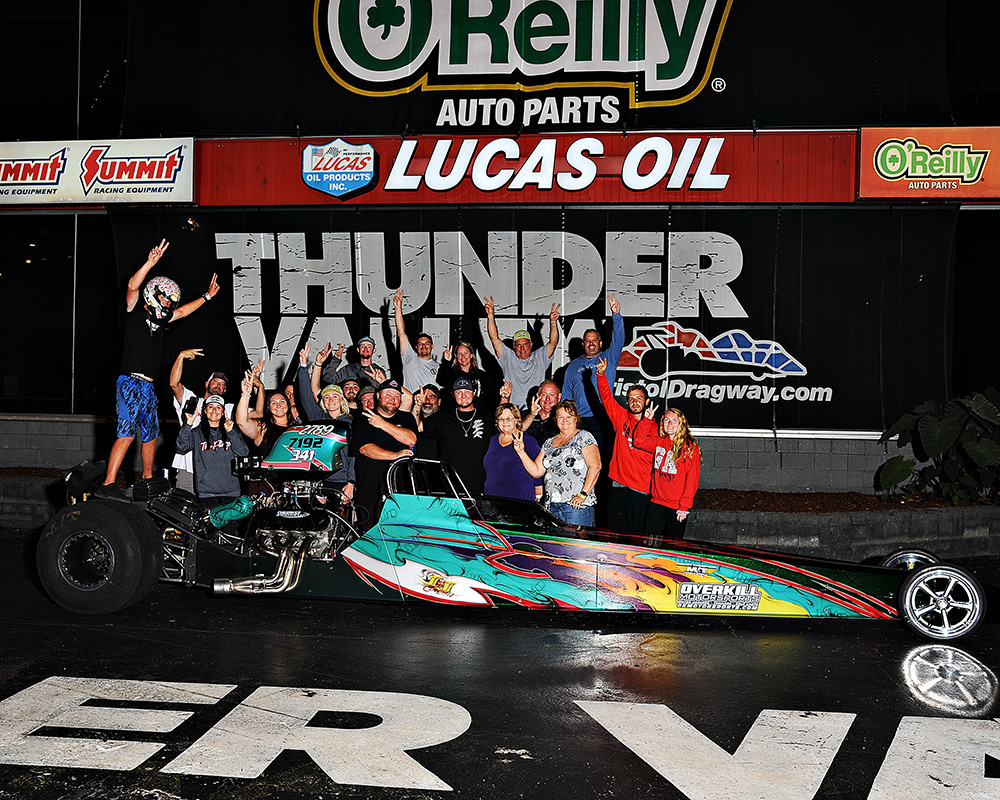 Current dates for the Flings that have been released for 2022 include April 26-30 at the Spring Fling at GALOT Motorsports Park in Benson, NC; September 6-10 at the Summer Fling at National Trail Raceway in Columbus, OH; and September 27 to October 1 at the Fall Fling at Bristol Dragway in Bristol, TN. The early spring dates for the Spring Fling Million at Las Vegas Motor Speedway will be released soon.