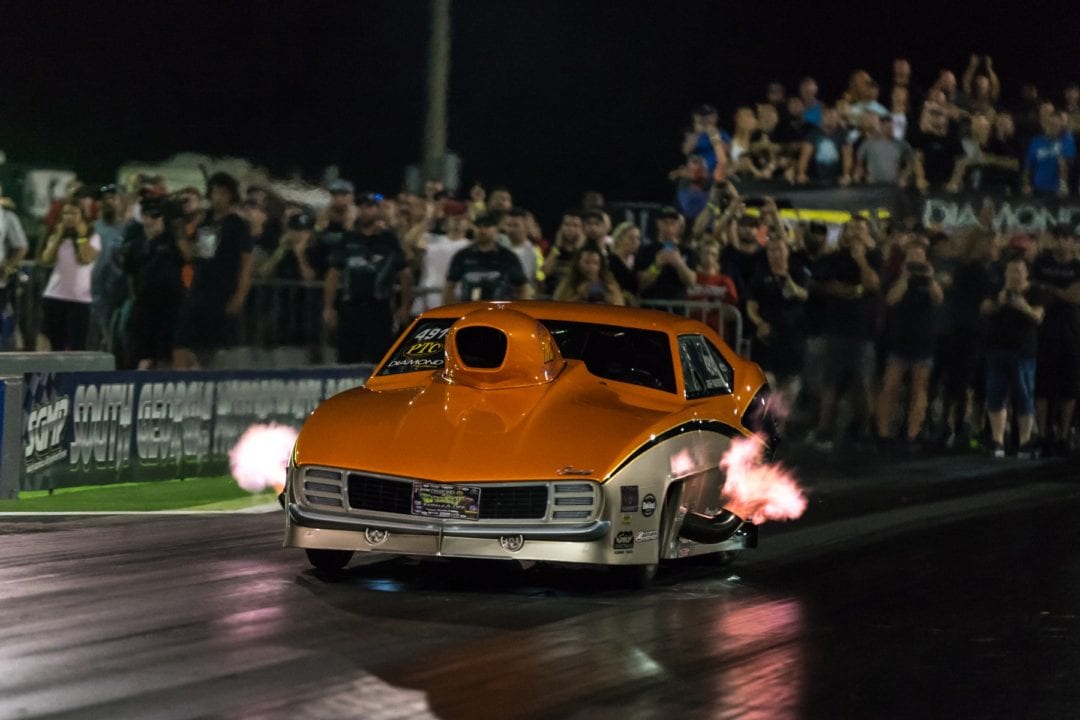 Jeff Naiser has been around long enough to know that weekends like the one he just experienced at No Mercy 9 don’t come around often.

A veteran across a number of classes, Naiser has quickly found a home in Radial vs. the World (RvW) over the past year, capped off by his No Mercy 9 win on Sunday. Naiser was impressive in every area, qualifying No. 1, turning in a handful of remarkable reaction times and capping off an incredible weekend with a final-round win against Alex Laughlin.

“It doesn’t get any better than this,” Naiser said. “To go to Duck’s race and win No Mercy, a lot of people can’t say that. I mean this win is as big as any I’ve had. Duck’s races are the biggest radial races out there.”

The RvW vibe has been a perfect fit for Naiser, whose busy business schedule building racing engines only allows for a handful of races each year. 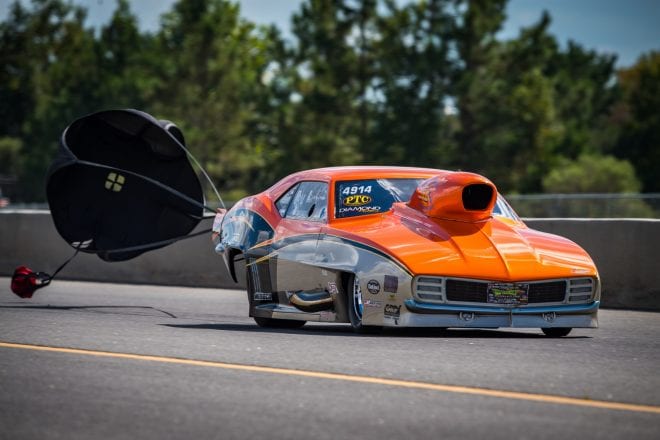 That’s where the big-money radial races come into the picture. Naiser raced No Mercy for the first time last year and performed well at Donald “Duck” Long’s Sweet 16 race earlier this season. Add in Long’s annual Lights Out event – a race Naiser will compete in for the first time in 2019 – and it’s the ideal schedule of big-money races for Naiser and his nitrous-powered ’69 Camaro.

He’ll throw in a few more races over the course of the year, but big opportunities and big payouts like the $50,000 he earned this weekend are what Naiser is interested in at this point in his standout career.

“It just makes more sense for me,” Naiser said. “If this was 20 races, I wouldn’t want to do it. If I want to go radial racing, I just show up. It fits me. It’s more a draw because of the money prize and I like to win. That’s what we race for. These are expensive cars and it’s high maintenance. You have to go through the motors all the time, so it’s nice when you get these big paydays.”

Naiser’s Camaro was locked in the entire time at South Georgia Motorsports Park, starting with his pass of 3.76 at 190.35 mph that gave him the top qualifying spot.

“There was some stuff I overlooked probably the first 40 passes and I found something that was wrong electronically,” Naiser said. “We knew we had the power, it was just taking the steps to figure it out. But it was about going up and going a 3.84 instead of trying to go 3.77, knock the tires off and lose that way.

“We took trust in ourselves that we would be fast enough and then we stepped it up in the finals. And I probably had one of my best driving jobs. I was more consistent that I’ve ever been. Putting together five rounds is tough.” 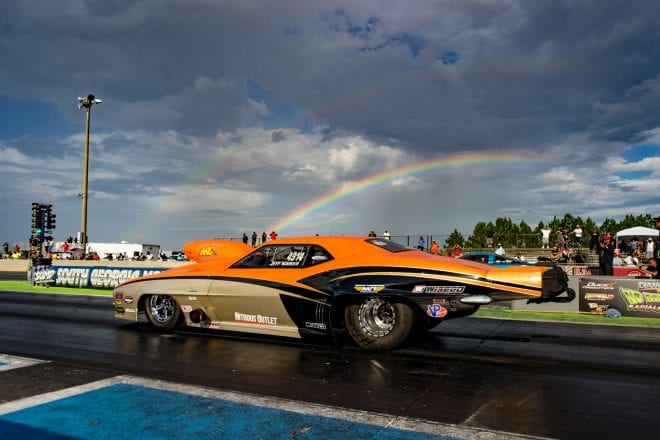 Combined, it was the perfect package and Naiser also credited crew chief Kenny Hubbard, who was also dialed in all weekend en route to the memorable win. Naiser knew Hubbard’s track record in the radial world and the two Houston-area natives struck up a friendship as Naiser made his jump into the radial world.

Hubbard became the obvious choice to tune Naiser’s Camaro and it has worked impeccably well over the past year.

“I build motors and he needed motors and we became friends,” Naiser said. “I help him out and he helps me out. It’s good for him and good for me. He made it all come together this weekend.”

The No Mercy win and big payday also has Naiser motivated for Lights Out 10 in February at SGMP. The new engine showed impressed potential over the weekend, but Naiser believes it’s only a small glimpse of what it can do, which means more monumental wins could be in his future.

“The motor is still not where we need it to be,” Naiser said. “I know we can make it better and I know we will. I still feel like there’s a lot left. We’re not done.”