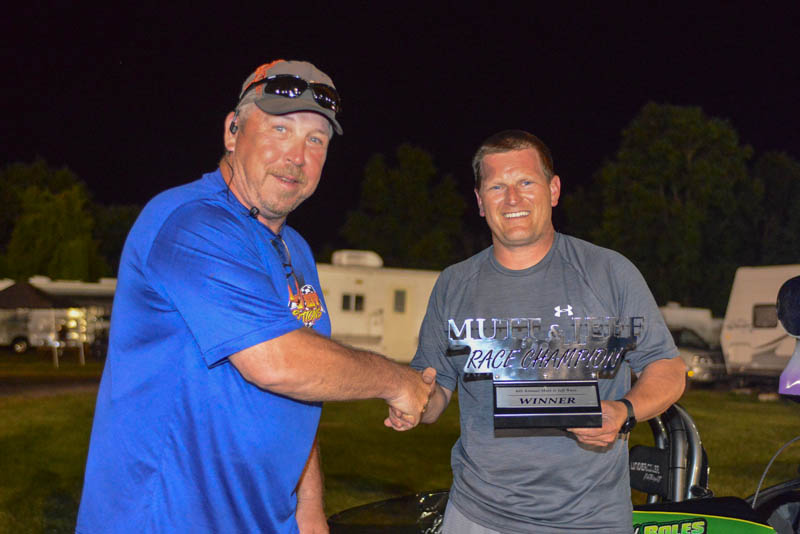 It was the day Paul Burruss and Dylan Griffey have been looking forward to for a whole year since last year’s Mutt & Jeff Promotions high-dollar bracket race.

“Last year we moved the event to Beaver Springs Dragway in central Pennsylvania,” said Burruss, “and we had a great event with a lot of competitors not only happy with the races themselves but also the facility. The track’s owner Mike McCracken worked diligently with us to assure everyone had a great time, which made continuing the event there a no-brainer.”

One change from last year was the move to run the three-day race on Thursday, Friday and Saturday, paying $10K-$20K-$10K to the winner each day. While the weather for the three days prior were chamber of commerce gorgeous, don’t ever fool with Mother Nature. This morning opened up to unexpected liquid sunshine (rain) but track and Mutt & Jeff officials stuck with the plan and by the time eliminations began in the afternoon, sunshine prevailed.

For the Footbrake final, two Beaver Springs regulars, Mike Fornwalt and Dave Novinger, faced off with Fornwalt taking the win and moving into round six of the Super Pro Field. 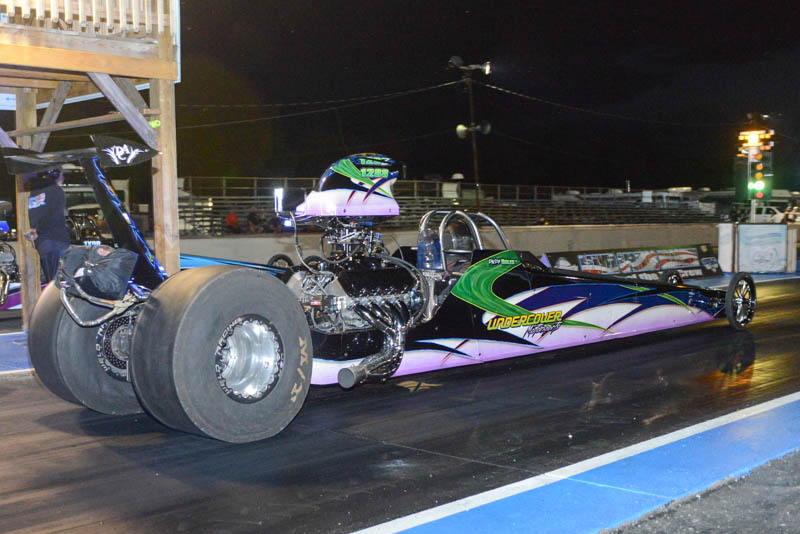 The survivors from that round were Bratton, Krushinskie, Tenney, Shaw, Fletcher, with Duck and Sorce losing one of their entries. That remained Fornwalt’s Footbrake winning door car to join the remaining door cars Tenney and Fletcher to make up the quarterfinals.

Quarterfinal round winners making up the semifinals were the door cars of Tenney and Fletcher, and the dragsters of Krushinski and Duck. According to the ladder, it was door car against dragster with the dragsters reigning supreme, two drivers who have somewhat intimate knowledge of the track, having raced here before. Elysburg, PA versus Mifflintown, PA.

With a slight reaction time advantage, Elysburg’s Jeff Krushinskie only needed 0.015 over his dial-in to defeat Duck and his Class 1 Transport entry.

With the final of the $10K race completed, a special 32-car dragster only shootout began. Down to the final, it was Jason Amey and Jared Brungart with Brungart getting to the finish line first but breaking out in the process to let Amey take his winnings back to Walnut Port, PA. With that, Day 1 of the Mutt & Jeff Promotions event was in the books. 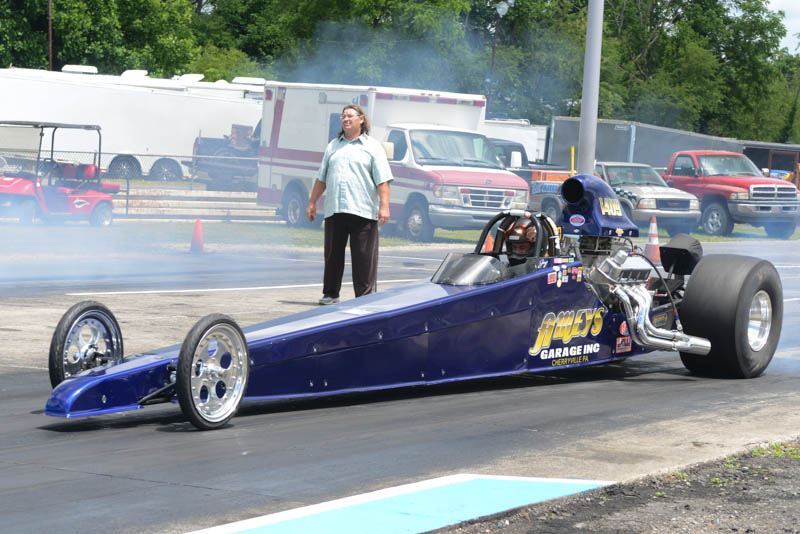 Friday morning opens with a $20K-to-win in addition to 64-car High Roller Shootout.

New for this year was the live streaming of all the action by MotorManiaTV.com. Mark and Joanne Walters of MotorManiaTV have streamed a variety of races all over the country and are a welcome addition to the Mutt & Jeff event. For more information and results, visit www.muttandjeffpromotions.com.