Jeff and Justin Jones wanted to take the next step forward in their Pro Mod careers in 2020. The Drag Illustrated World Doorslammer Nationals presented by CTech Manufacturing represents the first rung in that ladder.

The father-son duo, along with Brandon Pesz, will be racing at the event this weekend at Orlando Speed World Dragway, as PJS Racing looks to make a big leap this year in their blown Imperial Construction Corvettes. The trio will race in NHRA Pro Mod for the first time, but first up is trying to win $50,000 in Orlando during the inaugural World Doorslammer Nationals.

“This is just kind of that next step for us. This is where we wanted to be and what better way to kick it off than this race,” Jeff Jones said.

Qualifying kicks off at 6 p.m. on Friday, and continues with three rounds at 12, 3 and 6 p.m. on Saturday. Eliminations begin at 11 a.m. on Sunday, while all the action will be broadcast live at https://www.speedvideo.com/live-event/world-doorslammer-nationals-2020/.

The excitement of the race extends beyond the competition for Jones as well. His successful construction business, Imperial Construction, is also an event sponsor for the history-making race. The business, which is located just outside of Fort Worth and builds large commercial facilities, continues to grow and Jones believes an important reason why is their willingness to sponsor events like the one this weekend in Orlando.

“We’re excited to be here and to help support it,” Jones said. “I really like Imperial’s name being out there as a brand that gives back. That’s just a principle I live by. We’re all in for this race. I think anytime you put your name next to events that are successful, you’ve done nothing but lift up your brand. It gives you name recognition and that’s always a positive.”

Father and son are coming off a highly-successful season in the Mid-West Pro Mod Series, where 21-year-old Justin, who earned a spot on Drag Illustrated’s 30 Under 30 list in 2019, finished second and his father took fourth.

They will go quarter-mile racing on the NHRA Pro Mod scene for the first time in 2020, hoping to gain some early momentum at the World Doorslammer Nationals. Jeff Jones said the team had already planned to test in Orlando leading into Gainesville, but with $50,000 on the line for the winner in Pro Mod, there’s now even more incentive and excitement.

He’s also a fan of Pro Stock and Pro Mod getting the spotlight on what is shaping up to be an electric weekend.

“I think they should be the headliners and I think it’s good they’re getting the recognition they deserve,” Jones said of the two classes. “People love to see these gnarly-ass Pro Mods. They see everything and every kind of power adder, and I think people love it. With Pro Stock, I believe Richard (Freeman) helped resurrect it and there’s a lot of characters in that class. That’s what makes it fun.” 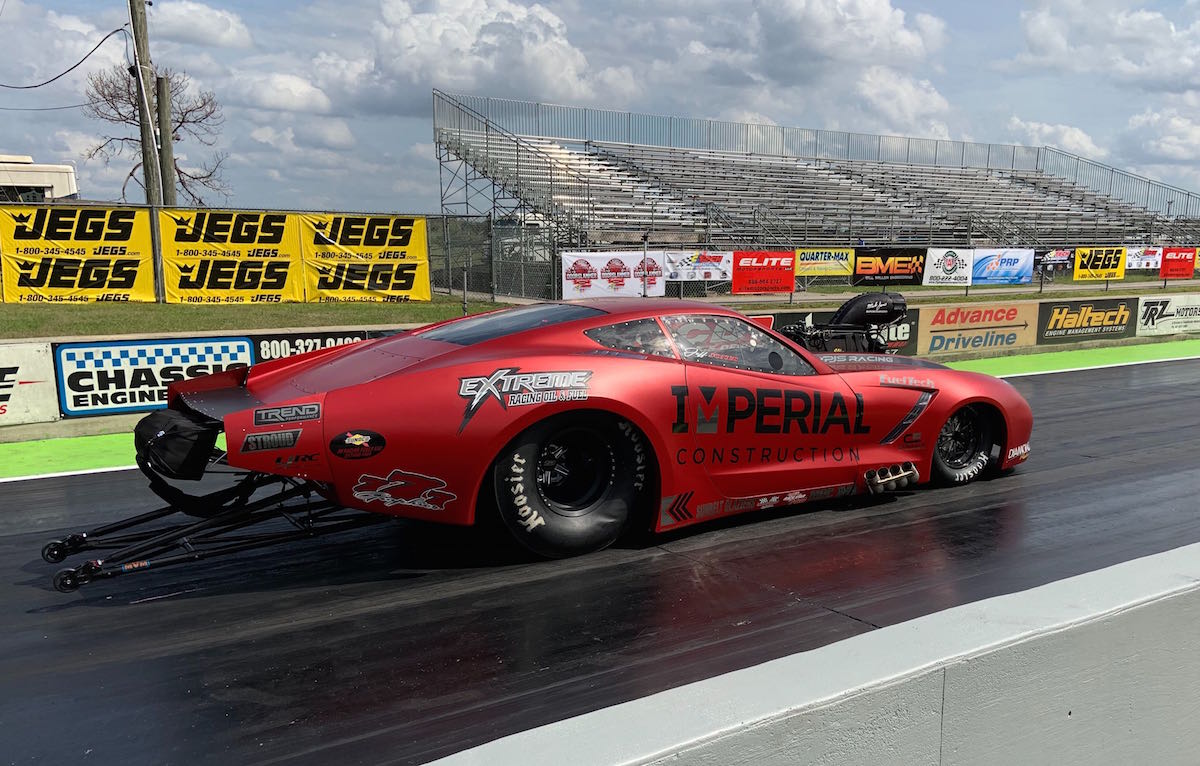 Watching his son thrive has also been an enjoyable part of this journey, one that is just beginning to take shape.

PJS Racing continues to grow, with Justin and Pesz working there full-time. Jeff Jones believes that’s only the start, especially as the team looks to make moves starting this weekend and continuing throughout 2020 in Pro Mod.

“I want to see that company to Pro Mod like what an Elite is to Pro Stock,” Jones said. “That’s what we’re moving and gravitating to. I see that as my next big step in life, which is really cool because I get to do that with my son.”