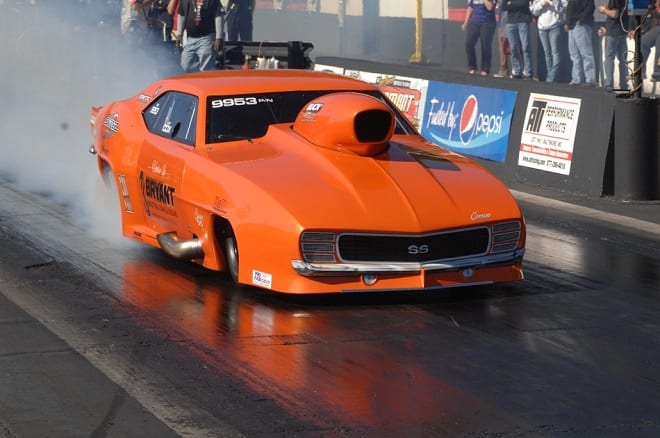 Having been a part of the drag racing media since the late 1970s, one question that always seems to come up often is, “Where will the next generation of drag racers come from?” That question was answered with a resounding, “Right here!” with Jay Cox, Jason Harris, Ty Tutterow, Bubba Turner, Travis Harvey, and, probably youngest, Zach Hauser, all having a great weekend in the September edition of the famous ATI Big Dog Shootout at historic Piedmont Dragway. I have had the privilege of knowing most of these young men and watched them grow in their abilities as competitors, but most importantly, becoming fine young men that are a credit to our sport.

Second-generation driver Ty Tutterow made Mom and Dad proud with his straight-as-an-arrow 3.849 ET to be the top qualifier. Travis Harvey, already having won the Big Dog points championship for 2015, was second at 3.864 with another young man, Jason Harris, third at 3.868. Fourth was Randy Weatherford, with Tommy Mauney fifth at 3.929, and Chris Cline’s “Christine” sixth at 4.032. Bubba Turner drove a beautiful ’68 Camaro to a great 4.07 to be seventh and young Mr. Jay Cox was eighth at 4.19 to just get in the field. 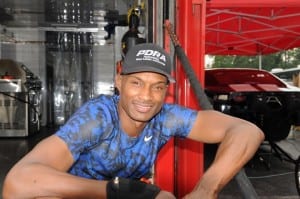 Now the points must shake out for the upcoming Lucas Oil Pro Mod Shootout, which will automatically qualify the top four points holders from ATI Big Dog and EOPM. As of now, the tops in Big Dog are Travis Harvey, Chris Cline, Jay Cox, and Tommy Mauney. As Jay Cox has won the EOPM points, that would open the door for Zach Hauser and, possibly, Jason Harris to be pre-qualified for the $15,000.00 payout on October 17th. From the EOPM group, look for Cox, Rini and Ty Tutterow to be in, but the other possible drivers are Tommy Franklin, Todd Howard, Tommy Mauney, Randy Weatherford, and Jason Harris. Confused? Stay tuned for an update soon that will set the field.

Super Clean Renegade also had its share of close competition with all competitors’ ETs separated by only .12 seconds. Jamie Chappell set the bar with low ET at 4.103. Close behind was points leader Brett Nesbitt at 4.117. John Lassiter was third at 4.131 and Larry Pearce was fourth at 4.148. With a 4.225 ET, Cam Clark was the final qualifier. Eliminations were highlighted by runs that were no slower than a 4.16. In the finals, Jamie Chappell wasted a 4.25 with a redlight to give Nesbitt the win with a 4.186.

Upcoming is the Lucas Oil Pro Mod Shootout presented by E3 Spark Plugs, coming on October 17th. Defending champ Chris Rini will be there, and you should plan to be there, as well.

(Story and photos by Greg Burrow)