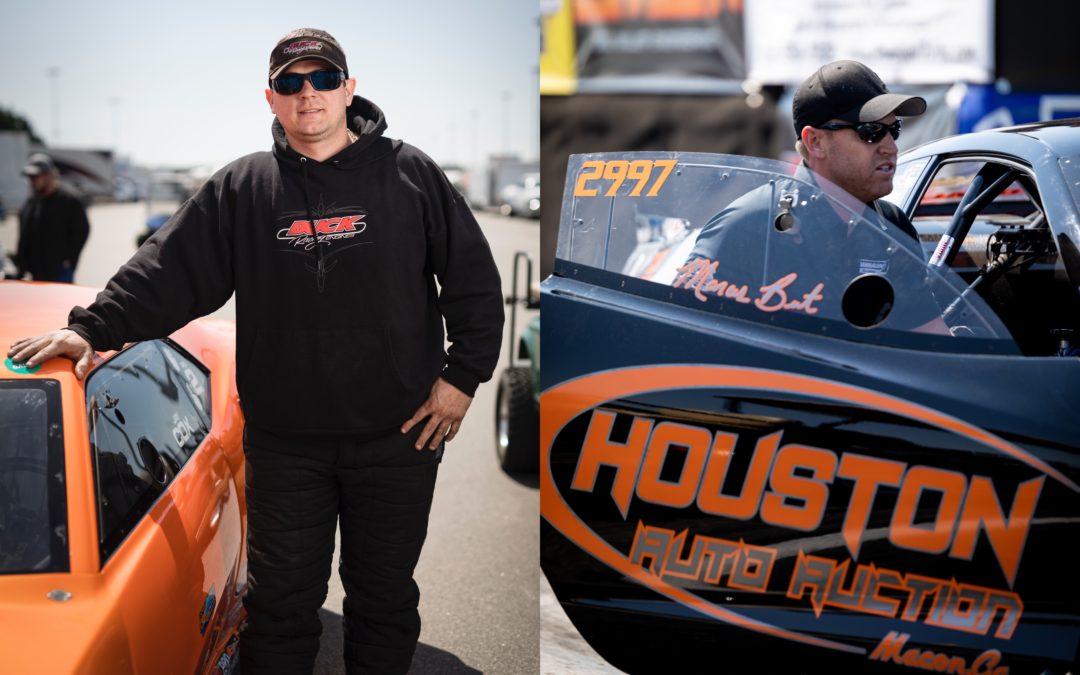 Anyone who has followed outlaw racing for any period of time knows it’s full of characters. The racing world is based on who’s faster, but in the outlaw world, a racer can also be judged on how quick his mouth is, and few carry the quickness, punch, and bravado that Stevie “Fast” Jackson does.

Earlier this week, Stevie Jackson made a blanket callout for both nitrous cars and blower cars at the Comp Cams Shakedown Nationals at Virginia Motorsports Park happening September 19-22, 2019. In his video, he took some shots at the whole nitrous field, but was prominently tough on PDRA Pro Nitrous racer, Jay Cox. Jackson even went as far as to say he would have the whole nitrous field covered by 0.050-second (Jay Cox by 0.070-seconds) with Marcus Birt’s Pat Musi-powered Corvette. But for Jackson, a callout simply isn’t enough. In the video, he offered a “kit” to nitrous racers for keeping up. Jackson then displayed a 7/16-inch wrench, nitrous jet kit, and a drill bit set, giving nitrous drivers instructions on how to use the aforementioned items.

Next he took a swing at blower cars, but this was unlike the Stevie we’re used to seeing. He began by saying he is bringing the Shadow 2.0 screw-blower car, and mentioning the new rule package for Radial vs. The World. Jackson didn’t have the same confidence and swagger in regards to blower cars as he did with the nitrous competition. Jackson never actually even called anyone out, and simple said “It’ll be a good deal for the fans.”

He ended the video by offering fans a “trade-in special” for Jay Cox and Keith Haney shirts for KTR shirts fueling the fire right before the ground-breaking race.

In true grudge racer form, Jay Cox was quick to answer Jackson with a video of his own. Cox nonchalantly fired back, showing a general repair shop, which funds his race program. He went on to call his claims out, saying Jackson wasn’t able to beat him when they competed in the same class at the same weight. Cox goes on to claim Marcus Birt’s car is 200 pounds lighter, and he has collected 150 pounds of used tire weights for Jackson to put in the car to make the weights closer. Cox states if both cars cross the scales after their runs at 2,450 pounds, he’ll run Jackson all weekend and not worry about the Pro Mod race. Cox confidently states that he is “the badest man around with a nitrous car,” insinuating that’s why Jackson moved to the blower combination. The video ends with Cox taking a swing at the “GAPP” sticker on the Shadow’s injector saying Jacking hasn’t gapped anyone recently and the sticker needs to come off. Side bet?

While this story was being penned, Jackson dropped a second video aimed at Cox (and Cox fired back in the video at the bottom of this post). He instantly goes after Cox and the weight statements from his video. Jackson exclaims that he has the “the baddest nitrous car in the world,” and they will race at 2,450. Jackson says it will be a grudge race and Cox needs to get his money together.

Who do you think is the better nitrous racer? We’ve seen both be able to talk a big game and back it up. No matter what side you’re on, Shakedown is going to be an extremely exciting race to watch. Pick a side, get your betting money together, and get ready for a lot of excitement!