In western North Carolina sits an old school dragway, nestled into a small valley, with over 60 years of outlaw drag racing action. Shadyside Dragway has been one of the top heads-up dragways in the South, from old-school Outlaw 10.5 and Pro Modified action to record-setting drag radial action, there is no other track like it.

In 2015, the no-prep movement was just starting, and Shadyside Dragway & Spoold Media brought a new event onto the schedule called “Carolina Cash Days,” an event that would feature the first real no-prep event in the Carolinas. Seven years of successful no-prep action later, the event has grown to its largest state, even drawing the attention of Motion Raceworks as the event title sponsor.

In true Carolina summer fashion, it was a hot day that brought in four different rain showers to make the Shadyside eighth mile even more tricky for the racers. Small Tire had 11 of the baddest front side/back side racers going for a purse of $9,500 and bragging rights as the best in the Carolinas. Jason Terrell and his Tin Soldier Racing crew made the long haul from Covington, Kentucky, with the only goal in mind to etch their name in the history books of this outlaw facility. Terrell was piloting “Charlie Brown,” the shop no-prep build of an old school Chevrolet Malibu with a big block and a lot of nitrous with a 28×10.5 non w tire.

With Terrell no stranger to heads-up radial racing, he knew the competition in the Carolinas is the best and knew he had to be on his A game. Off the trailer, Terrell lined up with multi-time no-prep winner in the South, Chifen Parker and his turbo LS Camaro. Terrell was able to pull off the win after Parker carried multiple wheel stands on the sketchy Shadyside surface, setting up a second round date with James Watson. Watson brought his twin-turbo Trans Am, tuned by Bumblebee Racing’s Jeff & Patrick Miller, to the line but Terrell killed the light and held off the top-end charge to move into the semis. With racing, it is as much about luck as skill as Tin Soldier camp drew a bye run in the semifinals and found one more local car in his way. 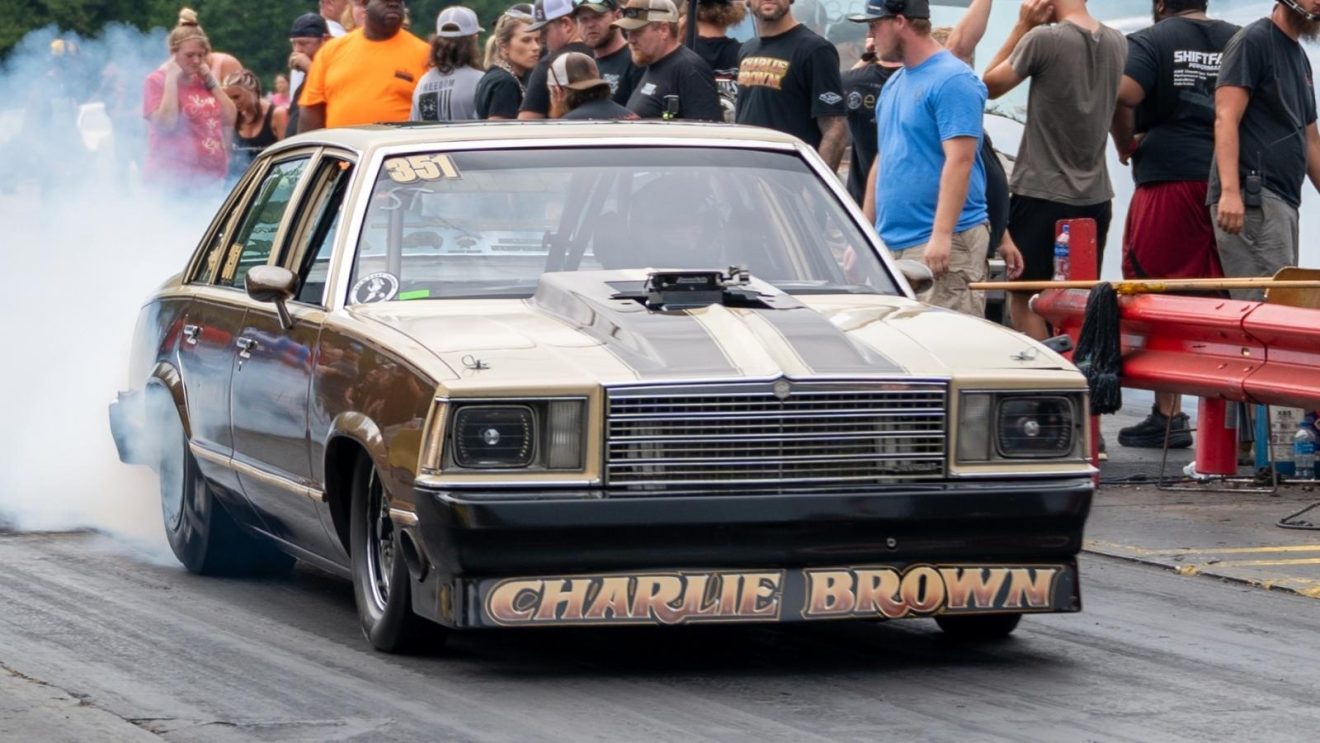 Terrell lined up beside Jerry Patterson, a former team South Carolina member on Street Outlaws: Fastest in America for an epic small-tire final as it would be a battle of nitrous big blocks. Both cars seemed to leave identical on the instant green start. “Charlie Brown” did its job and crossed the stripe first, recording the biggest no-prep win for the Tin Soldier Camp in 2022 so far. Terrell’s crew pushed the car back down the staging lane in front of the cheering crowd as the Kentucky crew celebrated.