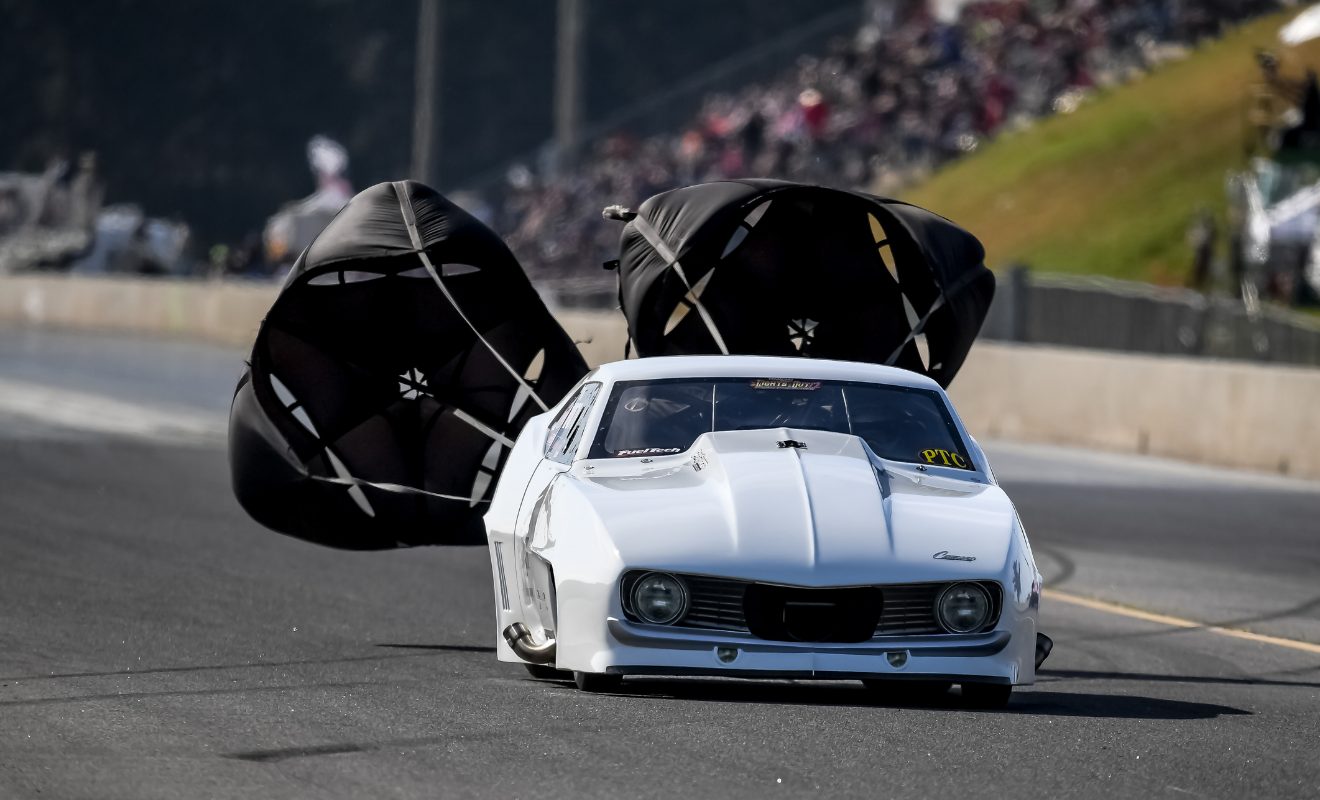 After becoming just the second driver in Radial vs. the World (RvW) history to break into the 3.40-second zone at Lights Out 13 last month, Jason Lee is determined to go one step further by setting the new RvW elapsed time record during Duck X Productions’ Diamond Pistons Sweet 16 5.0 at South Georgia Motorsports Park this weekend.

“The data shows that we can do it, we just need the air to support it,” Lee said. “If the air’s not there, it’s not doable. The forecast shows that there’s a chance we can achieve it. When you get to this point, it’s not easy to do something nobody else has done. That’s where we’re at. All the planets, stars and everything need to align right. If we have enough barometer and the water grains stay lower after the rain comes through, we should have a chance to achieve it by a couple hundredths as long as the track’s there for it. If the water grains are still high, I don’t know that we can do it.”

Lee admits his priority for this weekend is setting the record, while winning the race comes second.

“That’s not normal for us, but that’s the priority right at the moment,” said Lee, who won Lights Out 12 in 2021. “That kind of cost us at [Lights Out 13], to be honest. We spent a lot of time focusing on the record and then by the time we had to slow the car down [during the day], we were just so fast that it was very difficult to slow it down enough to get down in more challenging track conditions. The track really wasn’t that bad, it was just we didn’t have data to slow it down enough.

“We’re coming in to Sweet 16 with the same mentality, which is really the wrong way to race, but because we have a car that’s capable of setting the record at the moment, we’re going to try for it,” Lee added.

Where Lights Out is a weeklong drag radial racing festival with numerous classes and hundreds of entries, Sweet 16 is a more exclusive event with just five classes on the lineup. That will mean more qualifying sessions to use as record attempts, and since Thursday and Friday qualifying and Saturday eliminations are all scheduled to run in the early evening and late into the night, the conditions will be cool and fast. 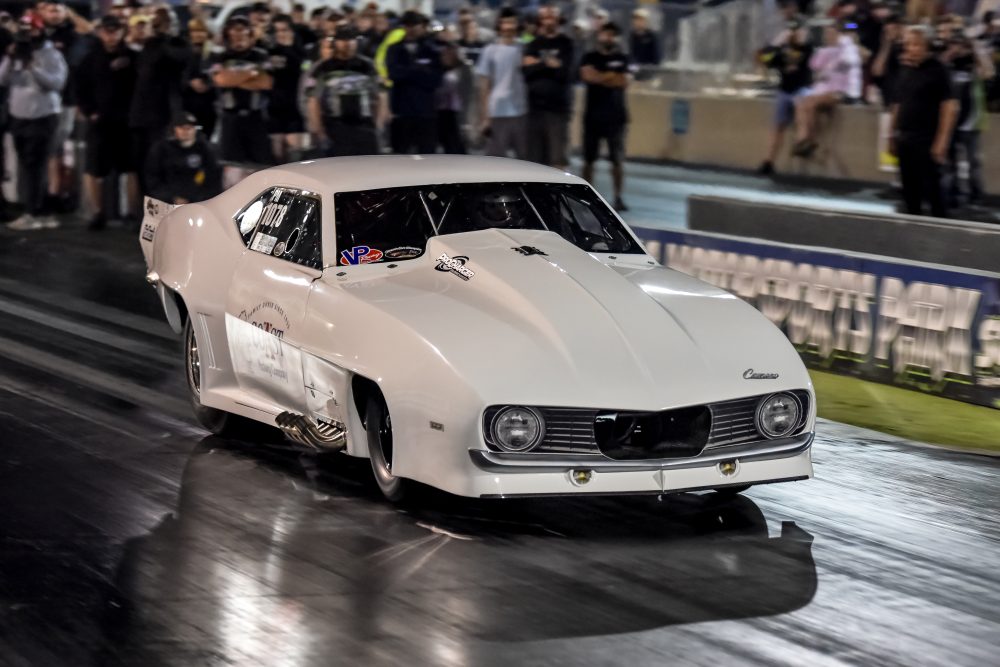 “The highest it’s supposed to get this weekend is 70 degrees,” Lee pointed out. “Even if we race during the day, it shouldn’t really hurt us. I think on paper, the hypothetical stuff, we should be able to put a pretty decent tuneup in it to go racing, and then any time we have an opportunity, whether it’s a bye run or just qualifying, we should be able to spend time trying to go really, really fast and see if we can do something nobody else has done.”

With opportunities to run in the 3.40s in competition few and far between, Lee is eager to make the most of this chance to set the record. A new record here would cement the team’s place in radial racing history, at least for the near future.

“All records are meant to be broken,” Lee started, “but we think if we’re able to achieve it, it’s going to be hard to break it anytime soon.”

It’s also an opportunity to reward car owner Eric Gustafson, who will be in attendance at Sweet 16, as well as all of the team’s partners.

“We would like to do well for all the sponsors and everybody involved with this program – R&E Racing, Coast Packing, PTP Racing, ProCharger, Haltech, Liberty’s Gears,” Lee said. “There’s a lot of companies that’ve invested a lot of time and money into our program to get us to where we are. If we could set the record for all those guys, it would make it all worth it.”

Thursday qualifying is scheduled to run from 4-11 p.m., with Friday qualifying set for 5 p.m. to 1 a.m. Eliminations will kick off Saturday at 6 p.m.