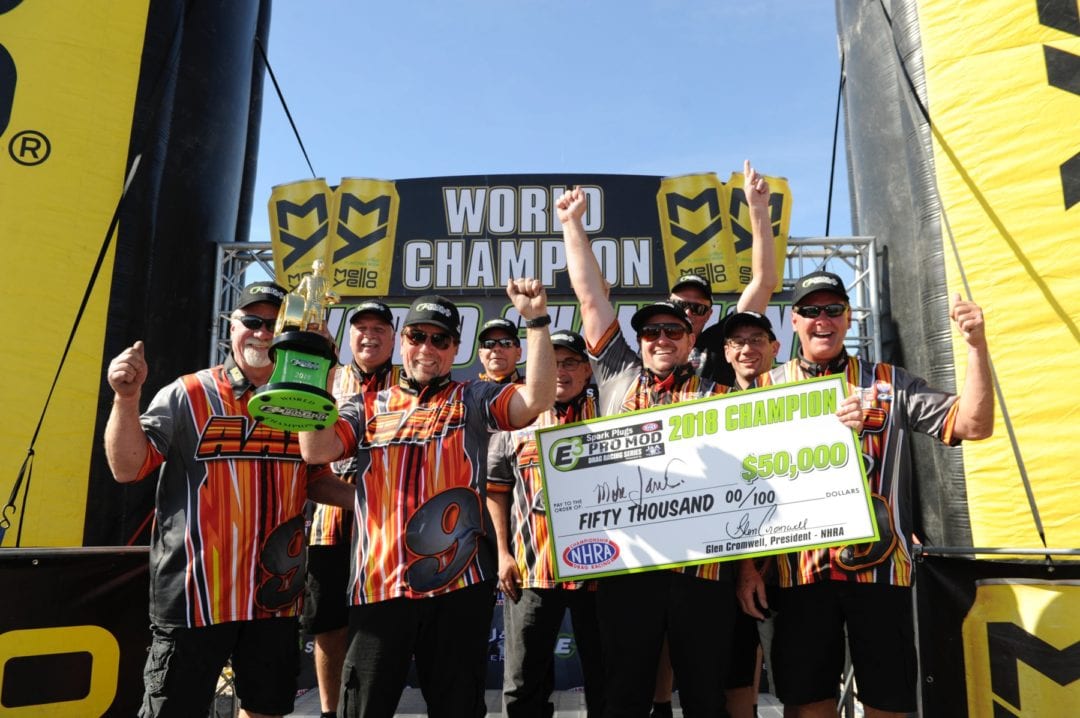 Mike Janis won his first E3 Spark Plugs NHRA Pro Mod Drag Racing Series presented by J&A Service world championship at the season ending event during the NHRA Toyota Nationals. This weekend’s Pro Mod racing is presented by Trask Performance.
Janis was the points leaders entering the weekend but was defeated in the first round of eliminations by Mike Caruso. Rickie Smith, who was second, advanced to the quarter finals and had an opportunity for him to win his fourth championship if he advanced to the semifinals. Smith was defeated by Rick Hord allowing Janis to claim the crown.
“It hasn’t set in yet,” said Janis. “After losing first round we were all kind of down. Now, just incredible feeling, I can’t explain it. We had a good car all year, we had a good car when we got here, nice and consistent runs. It will sink in in the next hour or so. I’ve won races before but this is the cream of the crop right here. The NHRA pro mod champ, I love it.”
In the finals Sidnei Frigo faced Mike Castellana for the last victory of the year. Frigo was able to race to the win with a run of 5.756-seconds at 256.50 mph to the trailing run of 5.861 at 249.49 for Castellana. This is the first win of the season for Frigo.
“We had a lot of issues with the car at the beginning of the year.” said Frigo. “Now we fixed the car and it runs great. Next year is going to be a good year.”