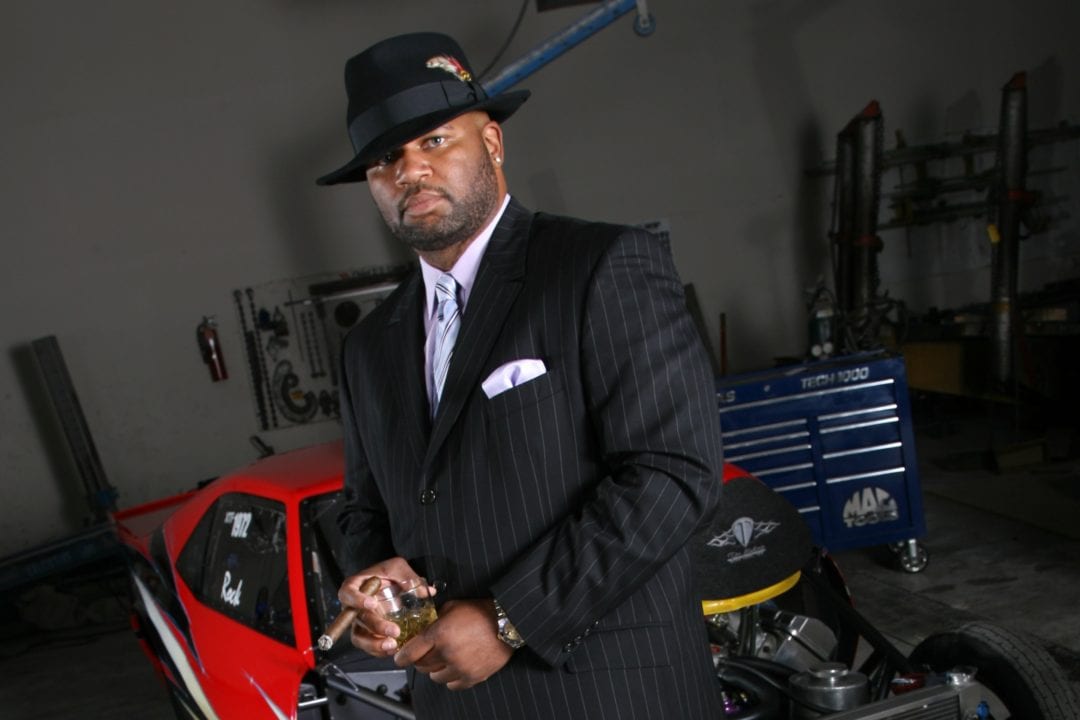 Sound familiar? Racers spending any amount of time in staging lanes at drag strips all over the world have either heard this or said it themselves. Payouts would be higher, there would be more glue on the track, racer fees would be cheaper, if only a racer ran the track.

Gilbert “The Rock” Jacobs is a long-time racer who is now a brand-new track owner and for teams in the Southeast, Union (S.C.) County Dragway may be the track to see what a racer-run drag strip looks like.

Originally opening in 2008, Union County Dragway was purchased last fall by Jacobs with NHRA almost immediately signing on to sanction it. Jacobs, who has graced the cover of Drag Illustrated previously, said he had been interested in purchasing the track for a while, but when the owners came to him with a serious offer, he jumped on it.

While there has been no buyer’s remorse, there have definitely been some surprises come Jacob’s way. “I didn’t put enough thought into it at first,” he said. “I loved the idea of it, being a racer. The idea is always great, that you can own your own track, but when you think of it now, getting into it, I probably needed a little more insight before I actually pulled the trigger on it.

“Not that I regret my decision, just I didn’t have enough info and I made a lot of mistakes last year. Since I’ve surrounded myself with the best in the business, it’s becoming a lot easier now for me.”

One of the ‘Best in the Business’ is former Lucas Oil Raceway General Manager Kurt Johnson, now the owner of his own drag racing consulting firm, Total Venue Concepts. Johnson (not the former NHRA Pro Stock racer) was mentioned to Jacobs after a disastrous relationship with another sanction.

“We had a bad deal with IHRA,” Jacobs said. “It was a bad, bad situation, from me firing management from some events that took place with IHRA that I didn’t feel was above board in how they did the race track. They basically just left us out there…high and dry and to die, so to speak. They pulled events from us without even contacting ownership or anything, knowing the management was about to change.

“When I switched to NHRA, Kurt’s name was mentioned to me through a few people and NHRA actually reached out to him, telling him how important Union County was going to be to NHRA, being the only track in South Carolina.”

For Johnson, working with “The Rock” was an opportunity to help promote one of the top drag strips in the nation along with a man who has the respect of the teams who line up there to race.

“I think Gilbert’s got a good fresh outlook on the sport as a whole and really means well at doing the right thing for the racers in that area,” Johnson said. “And at the same time, he’s willing to financially commit to improving the facility and the general racing atmosphere in that whole area.”

One of the tasks for Johnson’s company is to provide the right crew for the right facility. He sets up basic management principles and then help recruit people to implement the management. For example…

“We hired a young man named Chris Conrad there,” Johnson said. “His family owned Atmore (Dragway) down in Alabama. He’s a young man with a great, great work ethic and he’s been around this all his life.

“The track crew is actually pretty darned good, so there’s not a lot we have to do there, but at the same time, we just help implement best practices and try to steer them away from making the mistakes that are easy to make when you haven’t been a track owner ever.”

Racing at the all-concrete track is expected to kick off with some amazing classes almost immediately. Johnson put together a Pro Mod series called Carolina Thunder that is scheduled to race once a month. Donald “Duck” Long’s Radial vs. The World shows that have become the focal point of small-tire racing is to be replicated at Union County. While Johnson was quick to say the rules were not copied from Long’s events, if something works, use it.

“We went with the standard Radial vs. The World-type rules and called it Pro 350 and did a very loose Pro 275, added Ultra Street, Outlaw 632, and then a no-time shootout,” Johnson said. “All of it is spectator-based. We have another couple of races we’re going to announce shortly as far as just good spectator racing. Jets, Pro Mods, all the exciting stuff to get people coming back out to this place because I kinda get to almost every track in the country and this place has amazing potential.”

Money is at the root of everything, and for Jacobs, it was the expenditure of said funds providing the biggest surprise for him as a new owner. Being a racer himself, knowing a facility is skimping on glue and not providing the best-possible track surface was just one of the things he swore he would never do as an owner. Making an event as inexpensive as possible while still providing the best experience for teams is another.

“The one thing that always happens with owners and drivers, it always seems the track owners always make an irrational decision when races are starting to develop,” he said. “I always think they’re not sensitive to guys who spend their money to come support their facility, as in time of closing, track prep, just all the small things that matter to racers. You figure an average racer spends, to get to the track, at least $400-$500. Just to go. You know? That’s getting in and everything.”

While drag racing has and will always be one of the most diverse sports in America, the specter of racism has poked its head into Jacobs’ life from time to time. One of those times was upon purchasing the facility. While he said it wasn’t something he lost a tremendous amount of sleep over, it still bothered him.

“The only real issue I’ve had was that when I was going through management change, I was never given a chance,” he said. “I was pretty much condemned and talked about and some pretty mean and ugly things were said to me and about me that were not true. I think that’s when race kinda showed its face a little bit. But the good thing about it, I have thick skin and I was a little emotional about it, but I pushed through it. It’s 2017. To me, racing shouldn’t have any color.

“I know when you go to Gene Fulton, there’s only one color he likes and accepts when you go in there and try to spend money on a motor to be able to compete, and that’s green. So I don’t see how color ever could get misconstrued.”

But far from complaining, Jacobs is excited for the upcoming season and considers himself a fortunate man to be in the situation he currently finds himself in.

“For the most part, I’m blessed,” he said. “I’ve had a lot of support. The main thing I wanted to express to them is that I love racing. It ain’t about one set of people or one group of people, I just love racing. Heads-up racing. I love it. And that’s what I want to bring and I want them to be successful.

“I’m looking forward to 2017. We should have a breakout season this year. New equipment, great management, great racing surface, and a great facility. I’m just looking to try to make this place a legendary spot before it’s over with.”