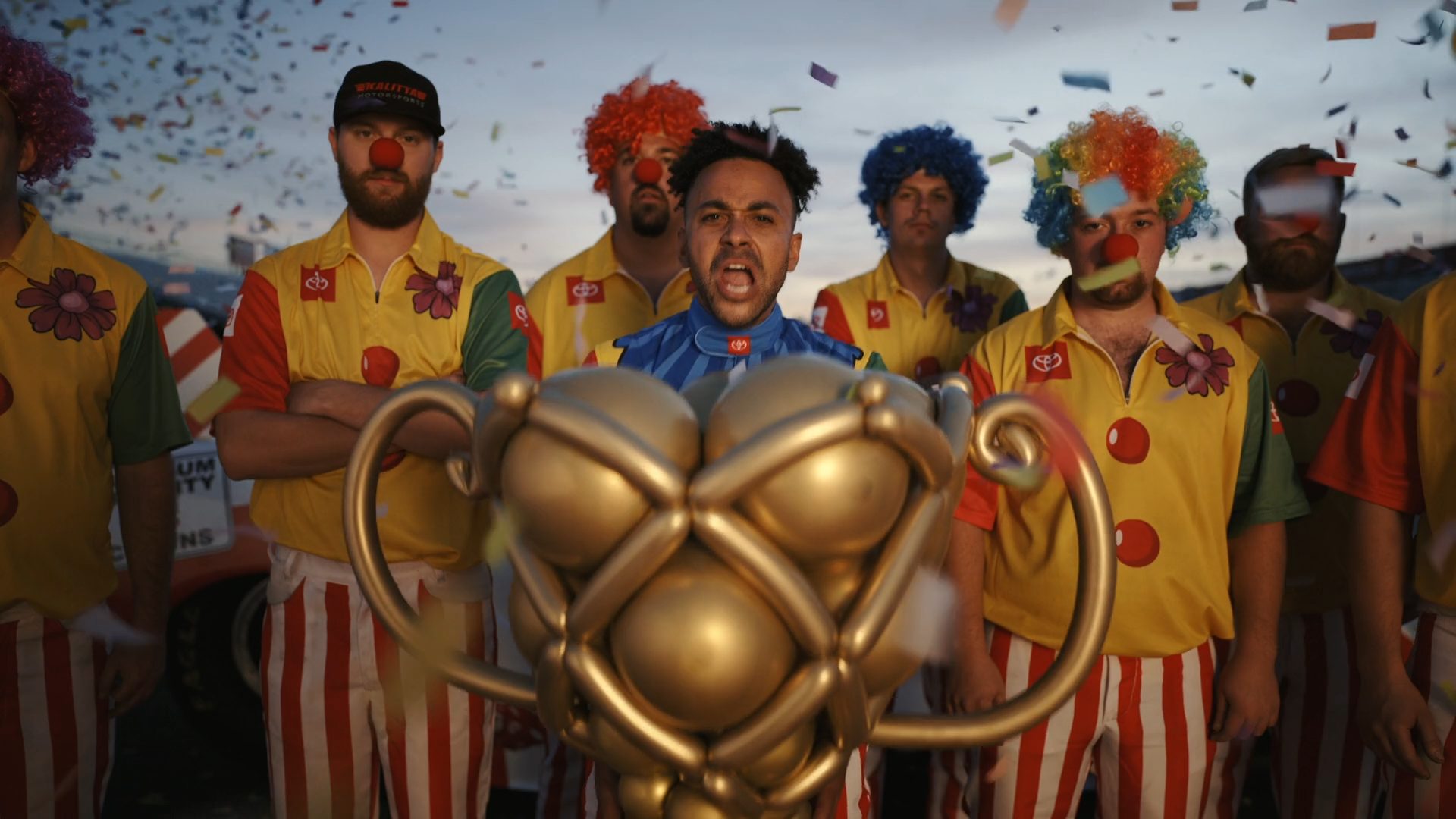 Toyota Racing’s beloved Sponsafier campaign will make a return for the 2022 season. Three new commercials will begin airing nationally as part of NBC and FOX’s NASCAR and NHRA telecasts this weekend. Additionally, Sponsafier will once again feature the opportunity for fans to design their own car to be featured in the Toyota Racing Experience later this season.

“For many seasons, fans have asked for the return of Sponsafier, and we are thrilled to do so,” said Paul Doleshal, group manager, motorsports and assets, Toyota Motor North America. “Each new commercial is extremely funny and highlights each of our driver’s personalities well. Additionally, we are excited to see what our fans design on their own that we can showcase at our display area later this season.”

The Busch Brothers are featured in a commercial entitled ‘Aliens,’ in which an alien hunter designs a scheme that highlights her passion. This piece was filmed, in part, at the historic North Wilkesboro Speedway. ‘IT Help’ which features Hamlin, showcases a father and son relationship, where the father struggles with technology and Hamlin is there to help. Finally, Todd is the star in the first-ever NHRA Sponsafier clip called ‘Bad Clown.’ Todd’s all-new Toyota GR Supra has been turned in to a ‘Funny Car’ to much chagrin from the former NHRA titleist.

As part of Sponsafier’s return, fans once again will have the chance to design their own scheme. They can register to win this opportunity on www.sponsafier.com from June 25 through August 31, with the winner being unveiled in mid-September. The winner will get to design a scheme on either a Toyota Camry TRD NASCAR Cup Series car or a Toyota GR Supra Funny Car with one of the designers from The Decal Source (TDS) and one of Toyota’s talented race car drivers. The scheme will then be unveiled at Toyota’s display area, the Toyota Racing Experience, later this season.