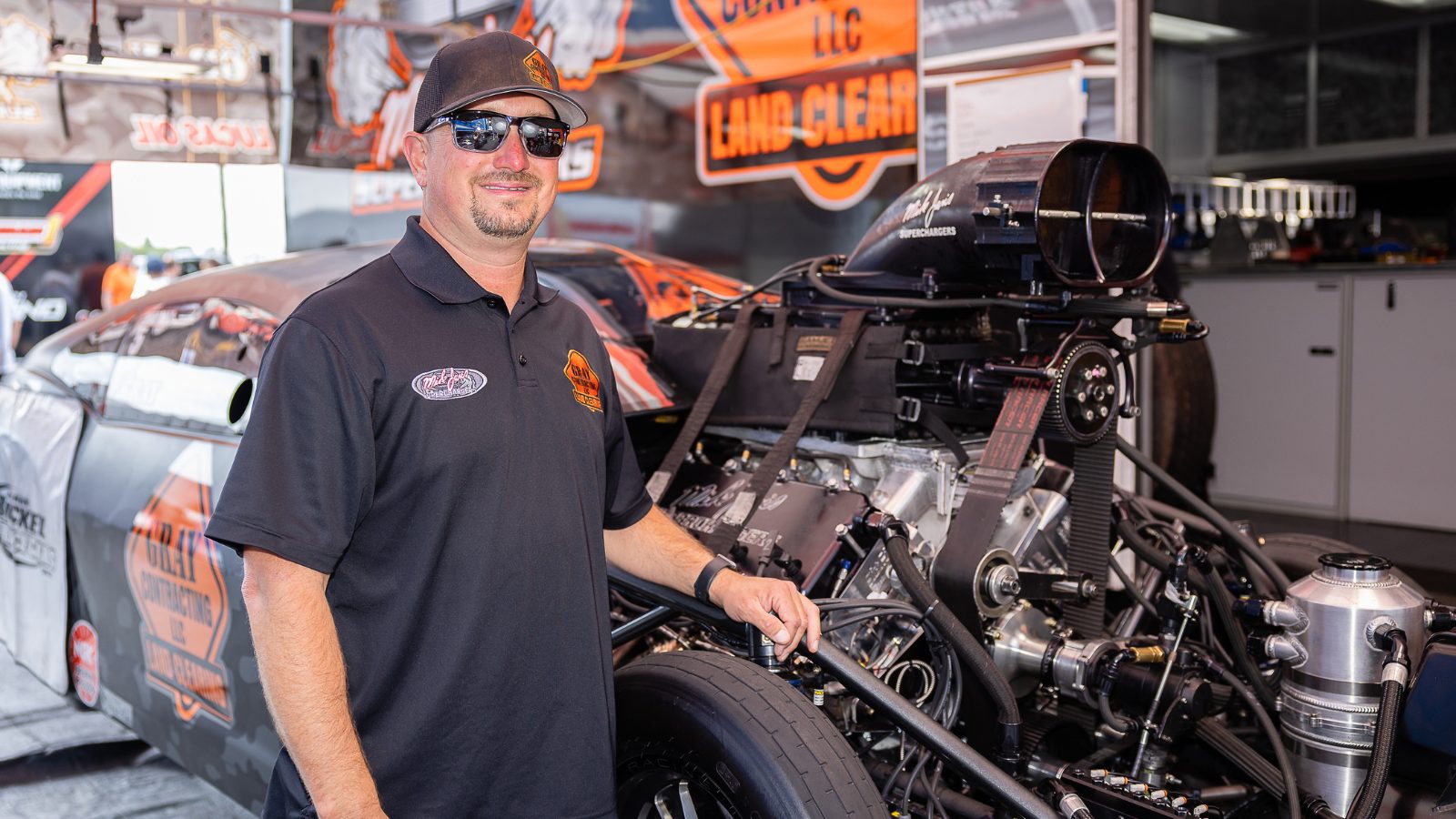 Gray has made a name for himself in doorslammer drag racing, including making the quickest pass in the history of nitrous oxide-assisted doorslammer drag racing with a 3.542-second pass at Donald “Duck” Long’s radial tire shootouts in Valdosta, Georgia. The feared grudge racer has even secured a win in NHRA Pro Mod during his first year competing in the eliminator and raced to back-to-back fifth-place finishes in the series points standings.

Now, one of the true outlaws of Pro Mod racing is ready to battle it out at the WSOPM at Bradenton Motorsports Park March 3-5, 2023.

“We’re coming to steal, kill and destroy the competition,” Gray stated. He can’t wait to put his Mike Janis Racing-J.R. Gray Pro Mod up against the 40 cars contending for one of the 32 coveted qualifying spots.

“It means a lot to get invited to the World Series of Pro Mod,” said Gray, reflecting on the last two years of his career and how he switched from grudge racing to NHRA Pro Modified. “Now, we’re getting invited to the WSOPM. It’s amazing to be on that level with great competition and great drivers who have worked on their careers and cars for 20 years.”

Gray’s success is not lost on him. As a matter of fact, he recently reflected on his racing career.

Gray knows that everybody, including some of his friendly rivals like Stevie “Fast” Jackson and Lyle Barnett, will bring their A-game to win $100,000 at the WSOPM.

“NHRA Pro Mod has taught me that you can’t be off on anything with the 16 guys in that field. They’re all tough. You have to hit all your marks perfectly every time, or you’re going home,” Gray said. “There are no ducks at this level, and I’m sure with these 40 cars that are invited, there will be no ducks.”

He also noted that he’s ready to do a “little lip boxing back and forth” with the other invitees. Plus, he’s pulling out his new supercharged Camaro. “I’m bringing my eighth-mile Pro Mod that matches our NHRA Pro Mod car. We just went to our first race with it. We’ve only got six passes on the car, and it’s showing some good numbers,” said Gray.

Gray, the “true outlaw of Pro Mod racing,” joins a stout line-up of drivers for the WSOPM. To keep up with all the happenings and the newly announced drivers, visit worldseriesofpromod.com.