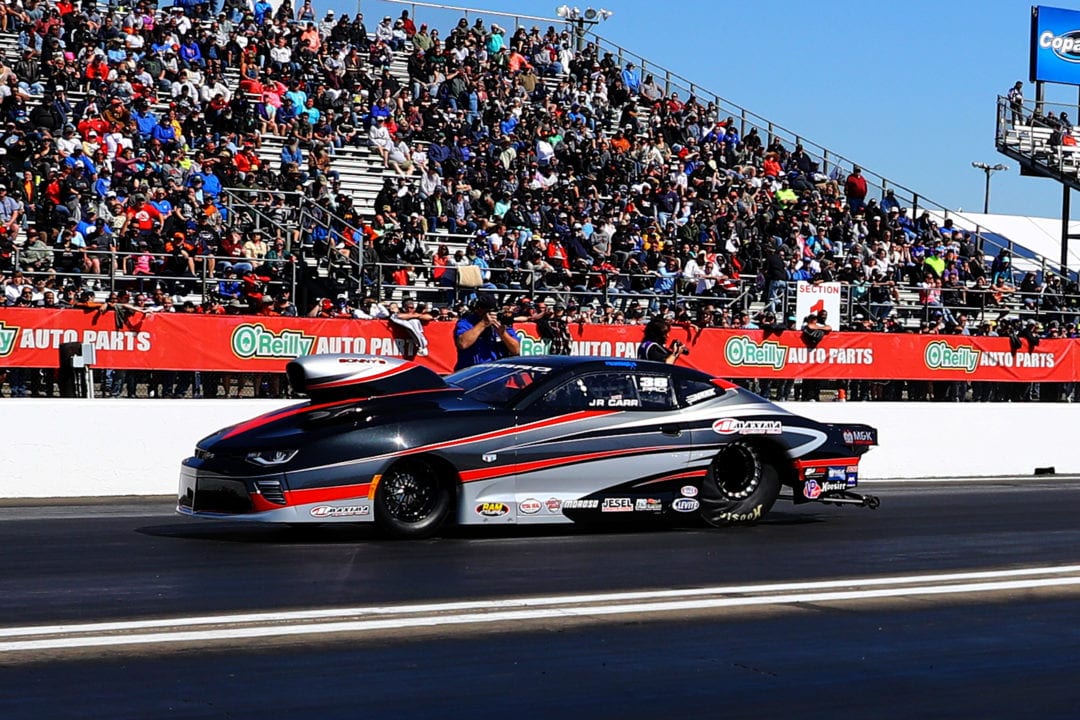 It wasn’t just that J.R. Carr set the world record for the quickest and fastest pass in Mountain Motor Pro Stock history, it was that so many people were there to congratulate him.

Carr was one of 10 MMPS cars that raced two weekends ago in Houston at the first of four races in during the 2019 NHRA season, and his magical weekend – and the days that have followed – has included more than just a pair of world records.

Carr’s time in Houston featured a huge number of fans in his pits, blown away by the power of his 825 cubic-inch motor from Sonny’s Racing Engines, as well as an impressive groundswell of support for the class.

Heading into this weekend’s NHRA Four-Wide Nationals at zMAX Dragway, Carr couldn’t be more pleased with the attention the class is getting.

“All the manufacturers, the fans, social media, everyone has been talking about the class and it’s been overwhelming, really,” Carr said. “Together it’s been the perfect storm. As a whole, it’s really exciting for the class.” 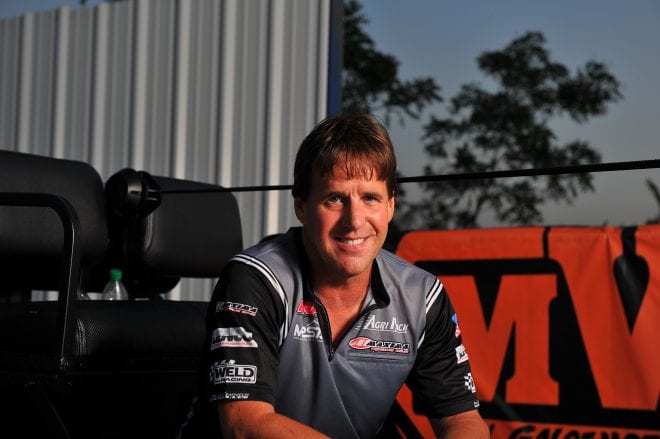 The added television time from the NHRA SpringNationals in Houston has also helped build a steady buzz for the class heading into the unique four-wide race this weekend.

Carr was one of the stars two weeks ago, advancing to the final round on the strength of a series of monster passes, including the record-breaking blast of 6.233 at 227.80 mph in his Jerry Haas Race Cars Camaro.

Carr added another impressive pass of 6.235 at 227.04 to advance to the final round against John DeFlorian, but a red-light start there provided the only blemish in an otherwise flawless weekend from every angle.

In that regard, Carr is out for redemption in Charlotte, but he does so with a happy heart knowing how positively the class is being received by both new fans and old-school diehards.

“It’s been great seeing the excitement from the people who have never seen the class and now absolutely love it,” Carr said. “But Mountain Motor Pro Stock has been here for 30-plus years, so there’s a lot of older fans and they’re also excited. That helps you, honestly. It helps you be more excited as a driver and a class.”

With a 16-car field taking on the spectacle that is four-wide drag racing, that excitement should only grow in Charlotte.

The sight and sounds of four 800-plus cubic-inch engines powering down the quarter-mile will be a definite highlight, while Carr expects the pits to be packed with plenty of interested fans.

“We heard all sorts of great things in Houston, like ‘These things are crazy,’ or ‘How do the heads fit underneath the hood?’ Seeing these five-speed cars let the clutch out, it’s exciting to them,” Carr said.

Carr has created a large spotlight of his own thanks to his powerful runs in a Camaro that has impressed on the back half of the quarter-mile.

The fact he now holds the record in the class hasn’t sunk in, but Carr is enjoying every step of the journey as he races for his first Wally in Charlotte.

“We’ve been working on this stuff for quite a while, but I would have to say that top end speed even surprised me,” said Carr, who got his MMPS start in 2008. “It hasn’t been a bad thing to be in this situation. We like the quarter-mile, but going A to B is more important than the number.”

A crew that includes Gerald Olson, George Miller, Dana Spriggs and crew chief Frank Gugliotta has helped Carr every step of the way, and he’s determined to give them a solid performance in Charlotte.

That means a better showing on the startling line, joking he’ll deal with the sometimes-chaotic scene on the starting line at a four-wide race by “turning on both bulbs on and when everyone else is ready, they’re ready. It’s just about making sure I don’t screw up.”

Carr has spent time studying the staging process for the four-wide race and he’s eager to make amends for the red light in the final round in Houston. Most importantly, though, he’s eager to compete on the biggest stage the class has seen in years.

“I’ve been wanting something like this ever since I’ve been in the class,” Carr said. “The class deserves it and the fans absolutely love it. Everyone benefits and it’s very exciting. Everybody wins in this deal, so let’s just keep the momentum going.” 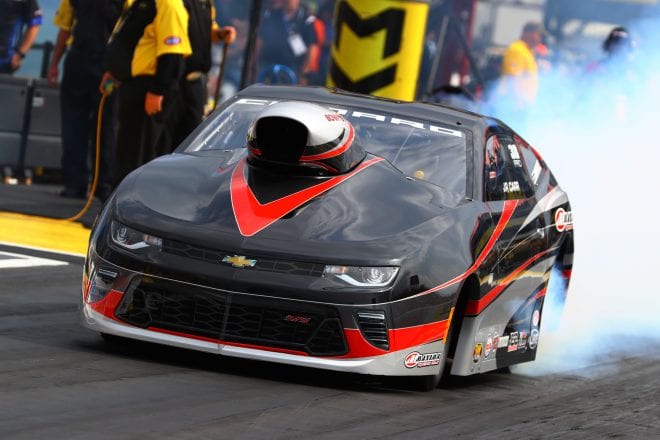