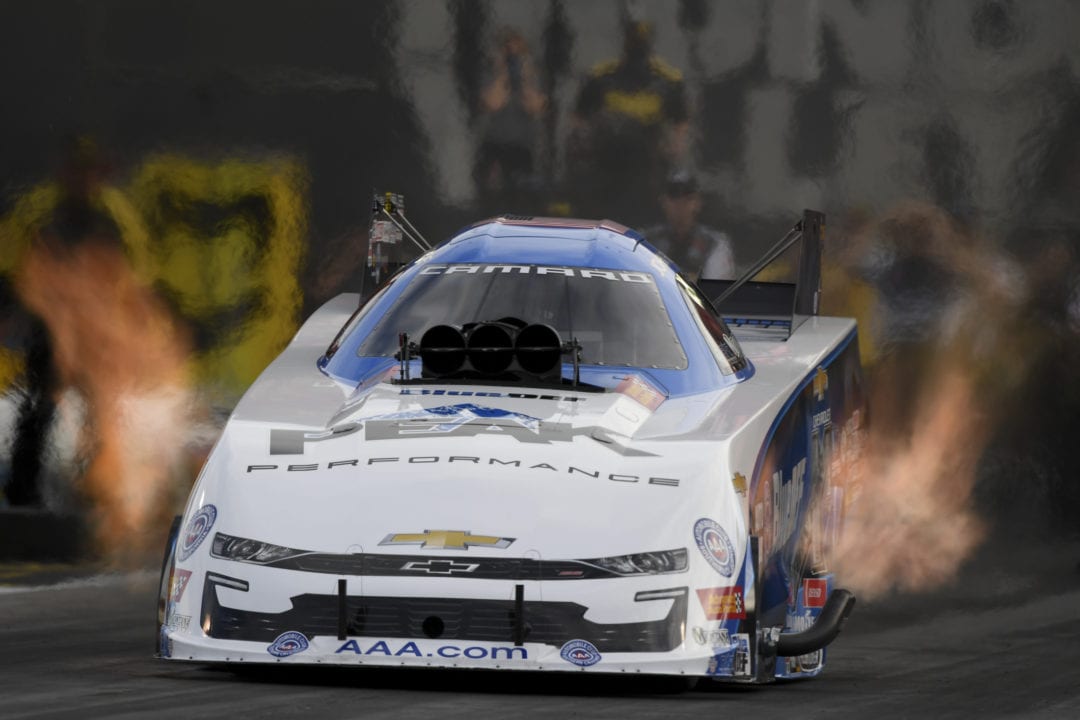 The Funny Car 16-time world champion John Force went to the top of the category during the second qualifying session Friday evening at the NHRA Thunder Valley Nationals at Bristol Dragway. Doug Kalitta is aslo the provisional No. 1 qualifier in Top Fuel for the 11th of 24 events on the 2019 NHRA Mello Yello Drag Racing Series season.

Force paced the Funny Car category Friday evening with a run of 3.911-seconds at 326.95 mph in his Chevrolet Camaro SS. He is chasing his third No. 1 qualifier of the season, first win of the year and fifth at Bristol Dragway.

“We’re learning and I really thought that there would be a number of cars that would step up,” Force stated. “Especially Jimmy Prock (Robert Hight’s crew chief) and I thought he would run an .88 or something. Our car went though, and it was really hunting down there. Tomorrow is a new day but I’m excited for my guys. It’s a good race car and I’m proud to drive it. I’m learning about it and at my age I thought I knew everything about it.”

Kalitta powered to the top of the class with a run of 3.755 at 324.67 during the second round qualifying in his dragster. He is looking for his first No. 1 qualifier of the season, second victory of the year and seventh career final round at the NHRA Thunder Valley Nationals.

Qualifying continues for the NHRA Thunder Valley Nationals at 1 and 4 p.m. ET on Saturday. 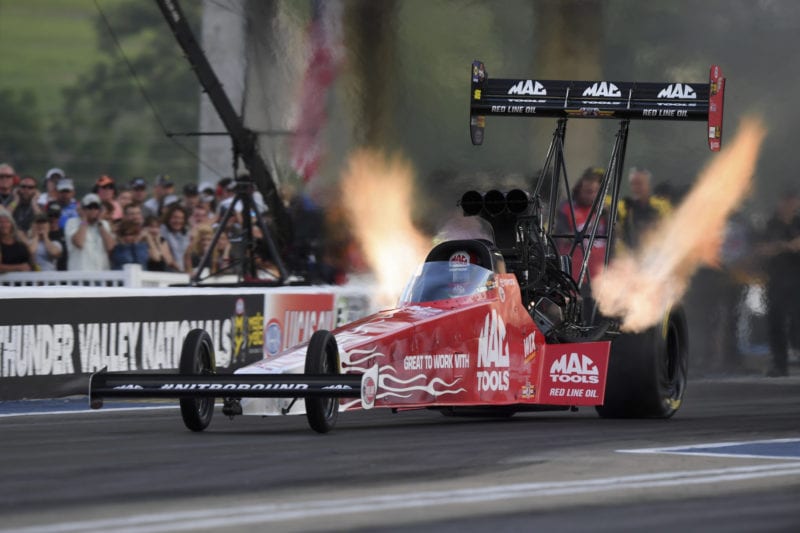