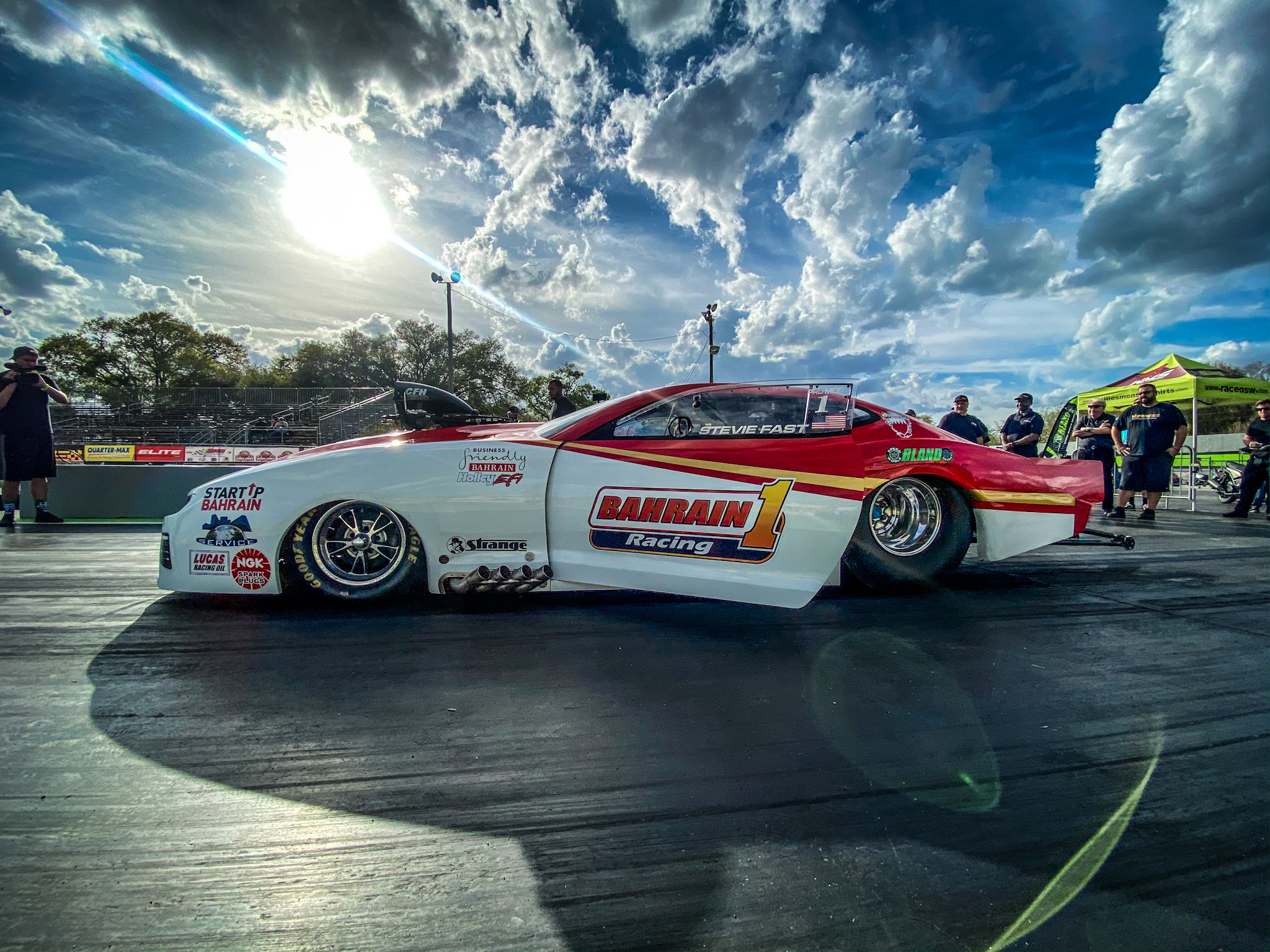 It’s been far longer than Stevie “Fast” Jackson anticipated, but when he rolls into the waterbox on Saturday at Lucas Oil Raceway, he’ll do so with the No. 1 adorned to his Bahrain 1 Racing Camaro for the first time as a defending NHRA Pro Mod world champ.

That’s a moment Jackson has looked forward to quite some time — ever since he claimed the world title last October – and that becomes reality at this weekend’s NHRA Summernationals, the second straight race in Indy following nearly five months off due to the COVID-19 pandemic.

But it’s the first race of 2020 for the NHRA Pro Mod series and, as expected, Jackson is thrilled to finally see this day come.

“The one thing we talked about all winter was being the last car down the track in Q1 at the first race of the year and have that No. 1 on my car. That’s going to be awesome, and me and Todd (Tutterow) are going to swing at it.”

With temperatures approaching the mid-90s this weekend in Indy, Jackson and the rest of the class won’t be swinging too hard. There’s only two qualifying sessions at races following the NHRA restart and the conditions won’t be conducive for massive runs from Jackson’s blown Camaro, a stark contrast from what would have been the case at the traditional opener way back in March in Gainesville.

That race was the first to be postponed during the pandemic, but Jackson isn’t overly concerned with sticky race conditions. He’s won at Indy before and the fan-favorite driver just wants to compete.

“I’m super excited, man. I’m really pumped up and our team has really prepared for this,” Jackson said. “Our team is really excited to get going. It’s going to be hot and sticky and nasty, but I don’t care. We’re all too excited to care about that. We’re just pumped to be out here again.”

Last year was truly one to remember for Jackson. He set world records, won four races, advanced to eight final rounds and recorded the most points in NHRA Pro Mod history en route to a dominant championship season.

The goal is surely to try and match that and claim another title — assuming there will be enough races to award a champ in a wild, strange and unprecedented 2020 racing season — but Jackson has already had to overcome his share of adversity.

He crashed at the top end during eliminations of the Drag Illustrated World Doorslammer Nationals at Orlando in early March, with the extended time off giving the team plenty of time to get the car ready to race again.

It’s been ready to compete for weeks, but Jackson admits there’s still a bit of a barrier to overcome this weekend.

“It’s awesome to get back in the car, but also nerve-wracking at the same time. I haven’t made a quarter-mile lap since Orlando, so there’s a lot of anticipation and also a lot of nerves,” said Jackson, who has nine NHRA Pro Mod wins in just 36 races. “But we’re as prepared as humanely possible. We’re probably over-prepared, but that’s the nature of going forward. A wise man once said you can’t find success without passing failure along the way. We’re just going to continue to keep working hard.”

Jackson hopes that is evident during Saturday’s two qualifying rounds heading into Sunday’s eliminations. Teams get just two qualifying attempts and with close to 25 cars competing this weekend, some big names will be left out, which is par for the course in NHRA Pro Mod.

That means preparation is key, and Jackson knows there will be a slower bump with the warmer conditions. They’ve made adjustments in all areas of the car, with the goal being the mid-5.80s for the first run. But Jackson knows that first run off the trailer is important if he wants to start his title defense year just like last year finished.

“This two rounds of qualifying throws everyone a curveball, and that first run is going to be critical,” Jackson said. “But I grew up grudge racing and I think this high-stakes racing plays right into our hands. We’ve got a mountain of data and having Billy (Stocklin) on the computer, it automatically gives us an advantage.

“We’re just going to settle in and do our jobs. My guys have been killing it at the shop and they’re prepared for this. There’s no nut and bolt that hasn’t been touched on this car, so we couldn’t do anything to be more prepared.” 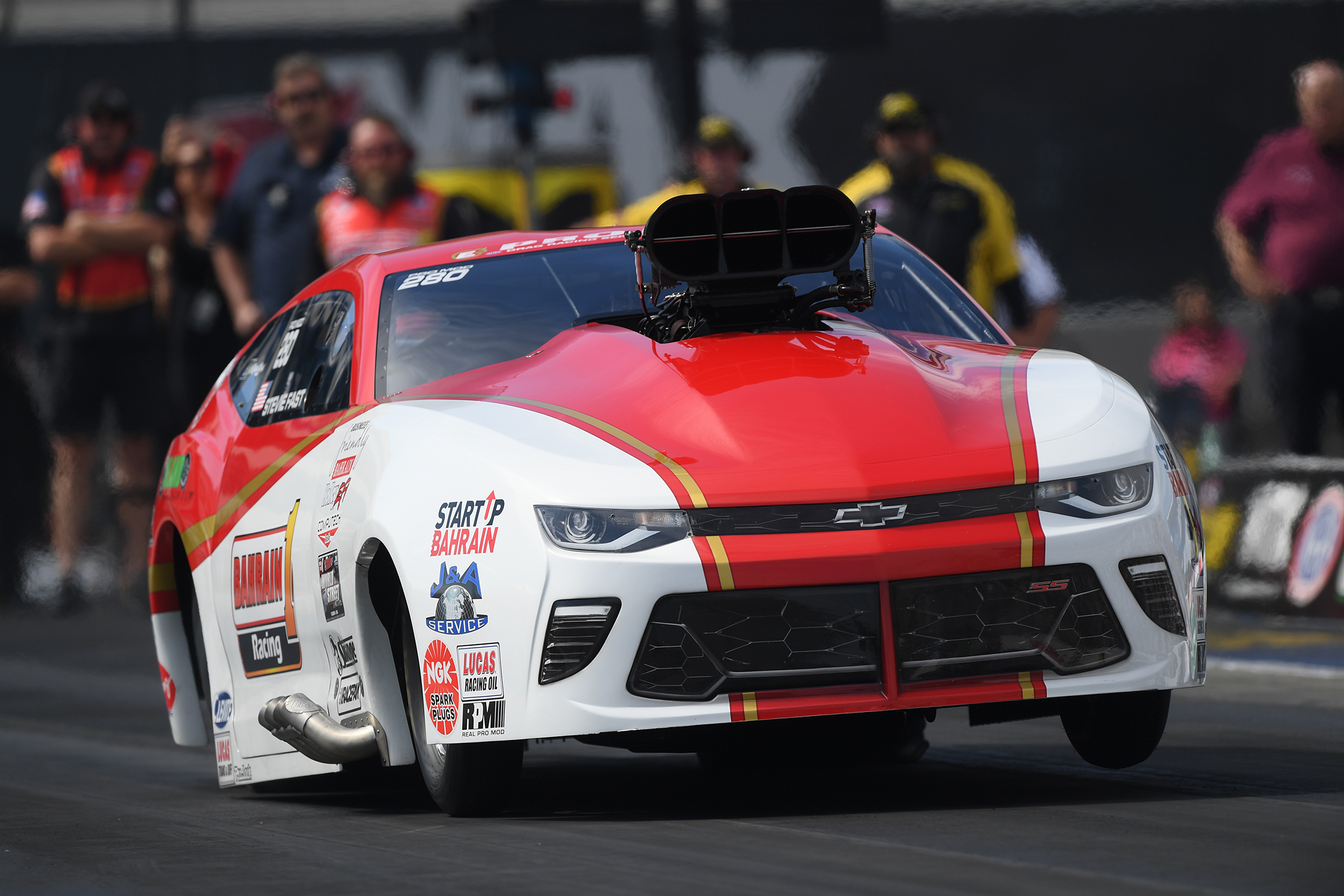