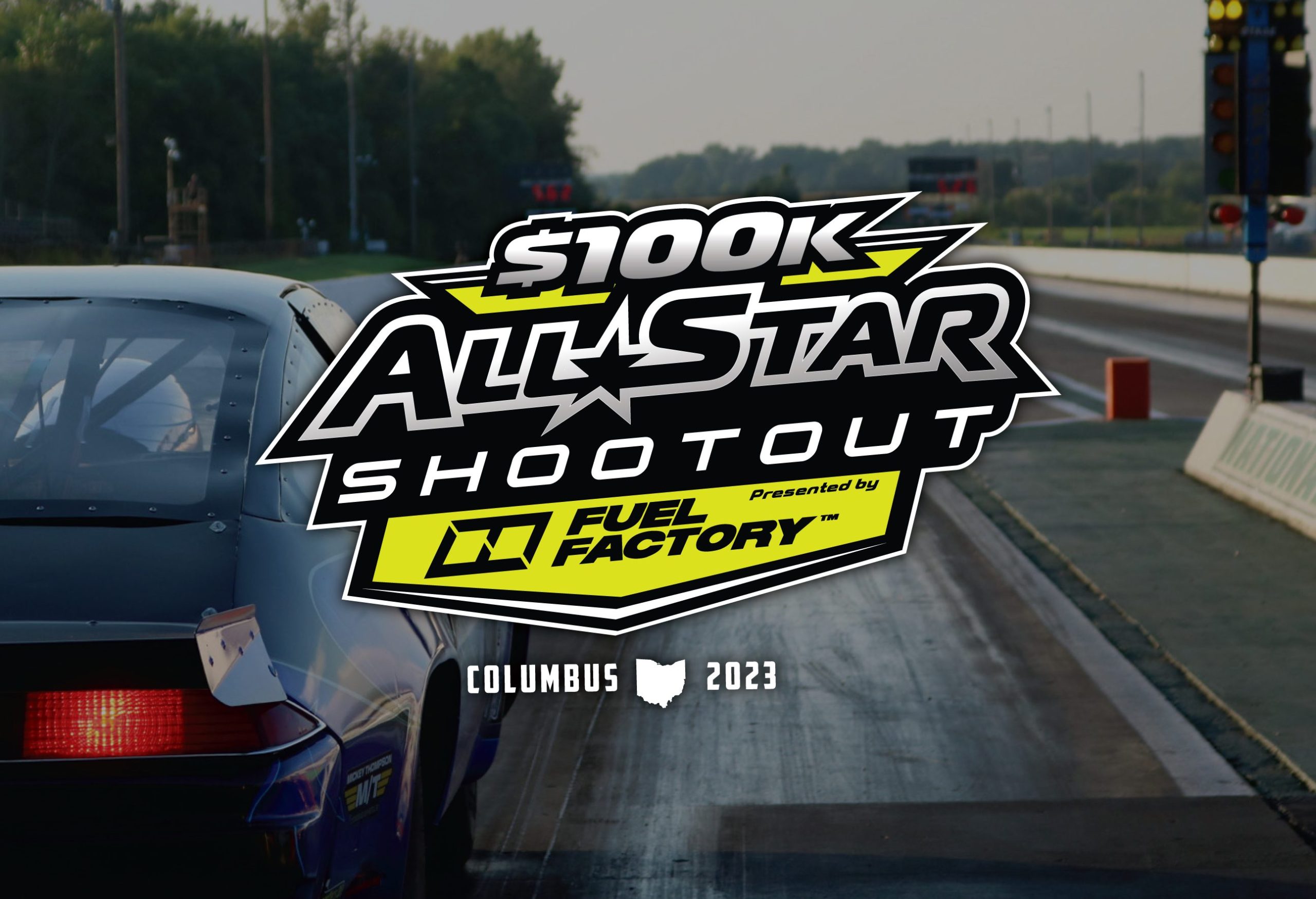 An invitation-only $100,000 All-Star Shootout will be contested on September 6, 2023 at the Summer Fling in Columbus, Ohio. Forty-eight of the best bracket racers in the country will be handpicked to compete for the $100,000 winner-take-all purse and bragging rights.

A panel from the Flings Race Series will choose the first 12 All-Star drivers on January 3rd, while the next 12 will be nominated by racers in an online vote. The 24 selected drivers will then each choose a teammate of the opposite vehicle type to complete the 48-car field. The teammates will be placed on opposite sides of the ladder. The team that accrues the most points will receive a $5,000 bonus.

Fuel Factory, a family-owned supplier of performance fuels, will be the title rights sponsor of the shootout. “As racers we understand the consistency that is needed to compete at the highest level,” said Marc Wesler, Fuel Factory Director of Sales. “Our goal is to provide industry-leading fuels that provide the quality and consistency racers expect, with great customer service and technical support. Partnering with Peter and his team to be the official fuel of the Fling races was the right fit for us as an organization and to be involved with the $100K All-Star Shootout is certainly the kind of exciting events we want to be associated with.” The Pennsylvania-based race fuel manufacturer will launch the distribution of over 20 leaded, unleaded, ethanol, and methanol fuel options in 2023.

“In the pits you repeatedly hear discussions on who’s the best bracket racer right now. We want to settle the debate on the track with $100,000 on the line,” said Flings promoter Peter Biondo. “Racers should vote based on the idea that if you depended on one racer to turn on a winlight for you, which driver would it be?”

The 12 Fling panel nominations will be released Tuesday, January 3rd on the Spring Fling Bracket Races Facebook page with the commencement of online racer voting to follow.