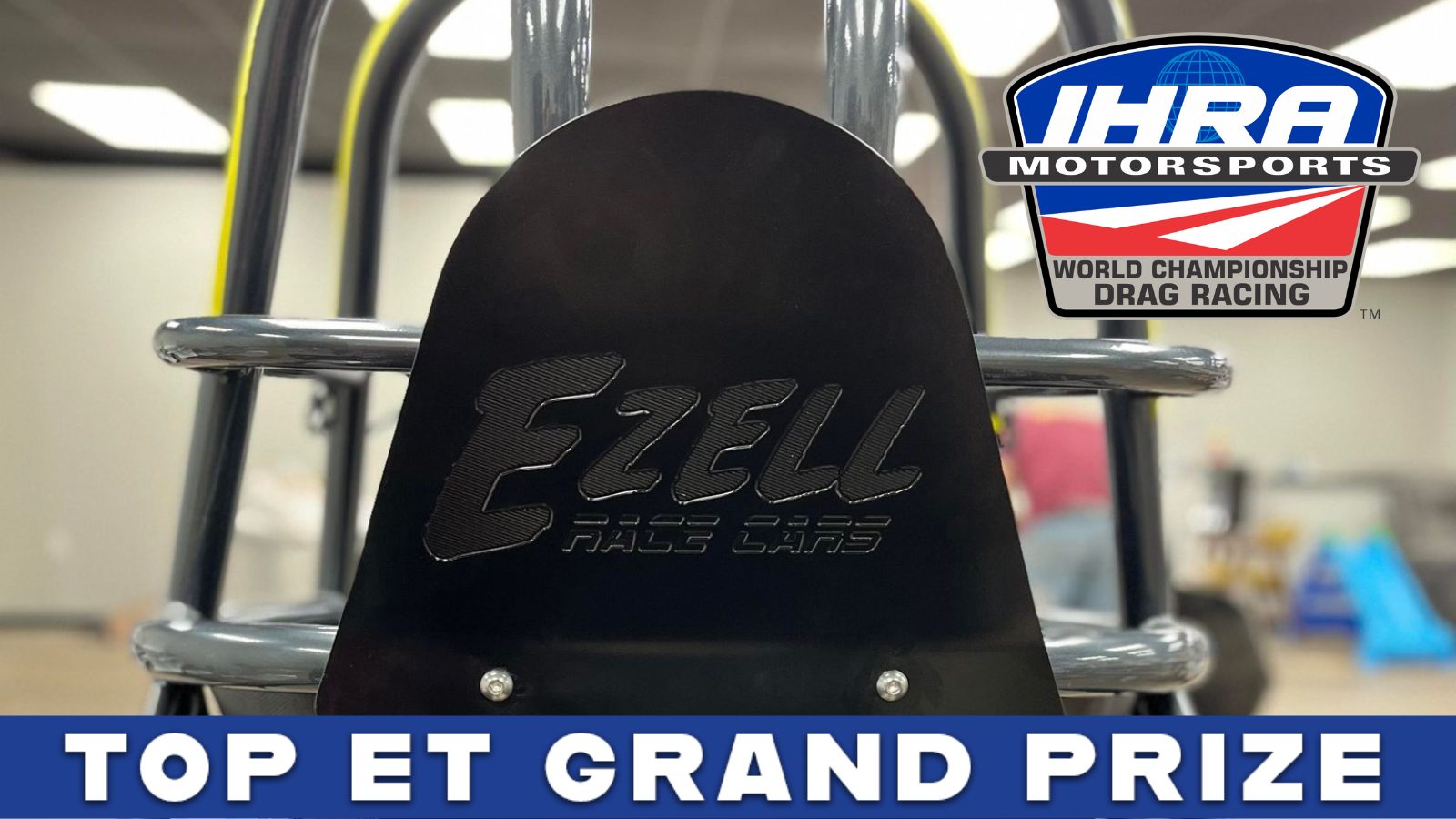 The International Hot Rod Association has partnered with champion racer and car builder “Johnny Bracket Racer” Ezell for a custom-built Ezell Race Cars Dragster to be given as a grand prize to the Top ET Champion at the 2023 IHRA Summit SuperSeries World Finals.

After winning the Top (Box) title at Holly Springs Motorsports, the champion will receive an Ezell Race Cars rolling chassis. Ezell, a Louisiana racer known for winning some of the biggest stages in big-money bracket racing, is a second-generation builder.

He talked about the honor of constructing a dragster for the World Champion.

“It’s a privilege to be chosen to do this,” Ezell said. “We take pride in our work and it’s something very special to build the champion’s car. It will be a really nice, quality car. Whoever wins it should be able to take that car and win with it instantly.”

Ezell knows all about winning as a highly successful bracket racer. He has captured victories at several big events including the Mickey Thompson Million Dollar Race in 2017. He also made the final round of the SFG 500 (Half-Million) race in 2019.

“Whenever something is built by a racer like Johnny Ezell, you know you’re getting the absolute best quality,” IHRA Racer & Track Relations Director Paige Hamlin said. “As the New IHRA, we wanted to give the program some new life and offer something that will get the racers excited to be an IHRA member in 2023.”

Several leading manufacturers will supply parts and components for the Summit SuperSeries National Championship dragster build in 2023. Those companies and products will be announced in the coming weeks leading up to the PRI Show in Indianapolis.

More grand prize announcements for all 2023 World Finals Champions are slated to be released soon.

Get in touch with Johnny Ezell at [email protected] or on Facebook for your next dragster build.