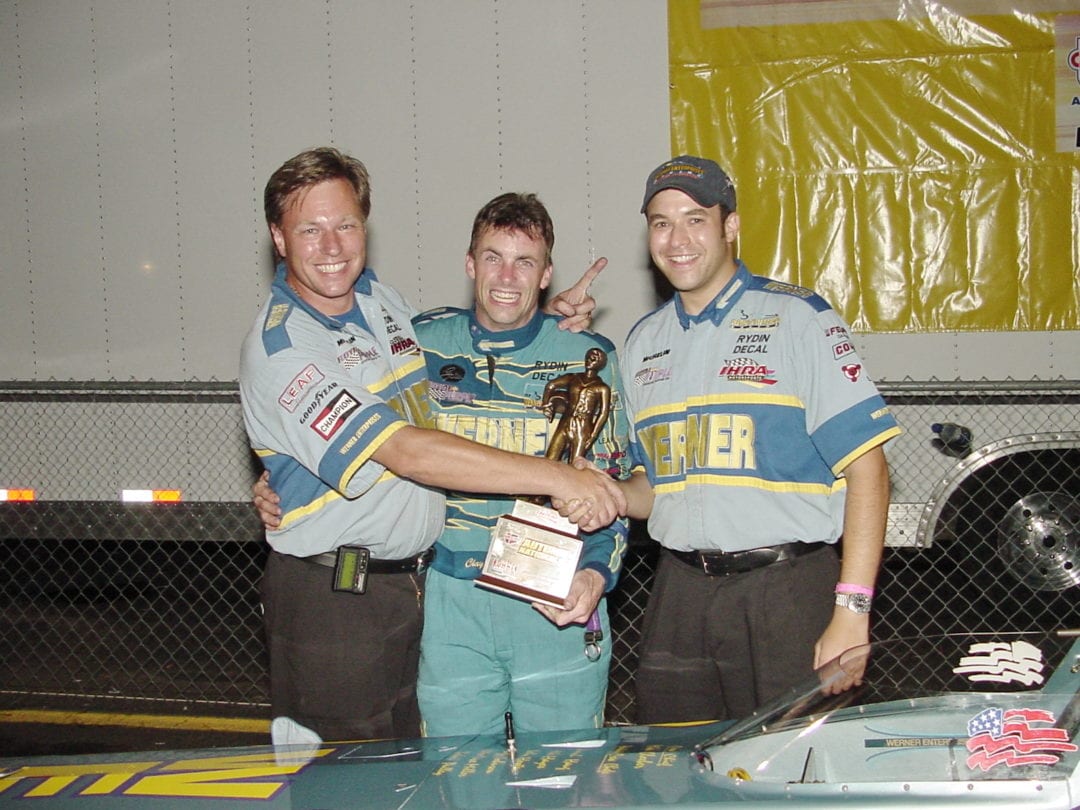 Straightline Strategy Group, recently announced as the new ownership group of NHRA Top Fuel team Stringer Performance, is proud to announce the addition of Mike Kloeber (above, left) as Crew Chief of the Parts Plus/Strutmasters Top Fuel dragster for the 2019 eason and beyond. Kloeber, who led veteran driver Clay Millican to an impressive 50 IHRA Top Fuel wins and 6 IHRA World Championships within a seven-year period is excited to have the opportunity to team up with Millican once again.

“Getting a call from Doug Stringer with the opportunity to race with this team provides a path to conclude some unfinished business for us all – winning a NHRA Mello Yello Championship,” said Kloeber. “With the addition of partners Scott Gardner and J.J. Koehler to the team, along with Doug whom I also share a history with, my motivation couldn’t be any higher. Their expertise and additional resources position the program for exceptional growth and performance.

While away from racing, Kloeber has held various positions for a diesel-engine distribution company in Ridgefield, Washington, overseeing the engine manufacturing operations since 2010. Most recently in 2018, Mike joined Plexus Corporation as Quality Manager of a $25 million business-unit involved in semiconductor and automation control panel manufacturing in Portland, Oregon.

Kloeber’s last involvement in racing was in 2014, running a few events with the Sidnei Frigo dragster, but he never lost his passion for the sport or his desire to win a NHRA championship.

“A reunion with Doug and Clay is the exact situation I’ve been looking for” added Kloeber who had previously worked with Stringer on the Jim Epler Rug Doctor Funny Car.

Stringer couldn’t be happier with the addition of Kloeber to the team.

“Sometimes life comes full circle and we believe our company’s strong ties to faith and family along with an agenda built on trust, passion and desire with the ability to weather storms brought this opportunity together,” said Stringer. “Mike and Clay have had tremendous success in the past and Mike fully embraces our team’s platform and goals.”

Straightline Strategy Group is the owner of the Parts Plus, Strutmasters Top Fuel dragster with veteran driver, Clay Millican. The team is based out of McLeansboro, IL and is currently second in 2018 NHRA Mello Yellow Drag Racing Series season. The company is committed to practicing corporate social responsibility for its actions and activities, with the goal to positively affect society, consumers, employees and other stakeholders.