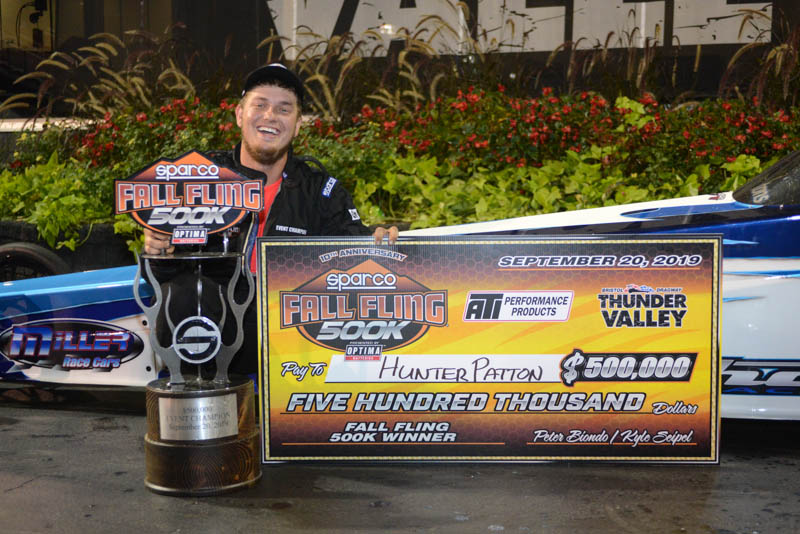 This is the day everyone has waited for. The build-up has been phenomenal. Almost two years in the making and it was finally here. ATI Friday. In the biggest and most exciting race of the Fling brand of bracket racing, the Sparco Fall Fling 500K presented by Optima Batteries main event was set to take place.

More than ten years ago, co-promoters Peter Biondo and Kyle Seipel dreamt about the concept of the type of race they themselves would like to race at. That concept took hold at Bristol Dragway ten years ago with the first Fling race and as part of the ten year celebration, Biondo and Seipel chose to do something really special. Giving back to their customers was key and with that began what will be the biggest payday in Fling history when one lucky racer walked away with a half-million dollar check. A one-time happening that rocked the bracket racing world.

A third round win today earns not only the chance to continue on toward the largest payout in Fling history, but at the very least, a loss in the following round earns the racer $750. With the overall success of the event, Biondo and Seipel wanted to make it even that much more special and decided to add to the purse. “We could have easily added to the top prize of $500,000 but in an effort to affect the most people,” said Biondo, “we chose for today’s race to add to the purse by rewarding all second round winners with a $500 check. We have been so fortunate to have the support of so many and cannot thank all who have supported our brand of Fling events enough.” 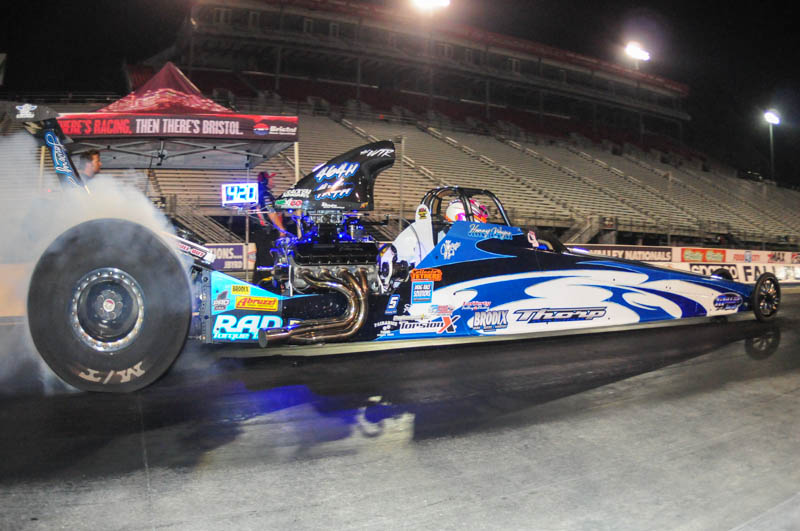 Besides the many other decisions both promoters have made over the years, this one drives home the fact of their ego of making money is not in the way of doing the right thing. During the Impact Racer Appreciation Party held tonight, a special video presentation was played with appreciation and a rousing applauds from each of those in attendance for what Peter Biondo and Kyle Seipel have built.

On the ladder round with ten left, Mangus was late on the ‘Tree but pulled it out on the top end to take out West. Patton then defeated Thomas, Vail took out Bodmer and Dadas and his door car defeated Pennington. In the final race of the round, it was a repeat of Tuesday’s Dragster Shootout, Maddox got his revenge when Woodring turned on the red-light.

Two door cars and three dragsters remained for the quarterfinal round with Dadas’ 0.004 RT in the prior round earning him the bye run into the semis. First up was Patton and Mangus with Patton’s dead-on the dial with a “6” was too much for Mangus to overcome. Finally Maddox and Vail left the line with almost equal RT but it was Vail running under to hand the win to Maddox. Two dragsters and one door car left for the semifinals with Patton receiving the bye run to advance directly to the final.

Final round for $500,000, and with the handicap in his favor, Dadas left first but turned on the red-light by 0.010. Seeing his win light on, Patton never even made it to the finish line, stopping halfway and backing up the track up to a giant cheering crowd, assuring his name in the annals of Fling brand history forever. 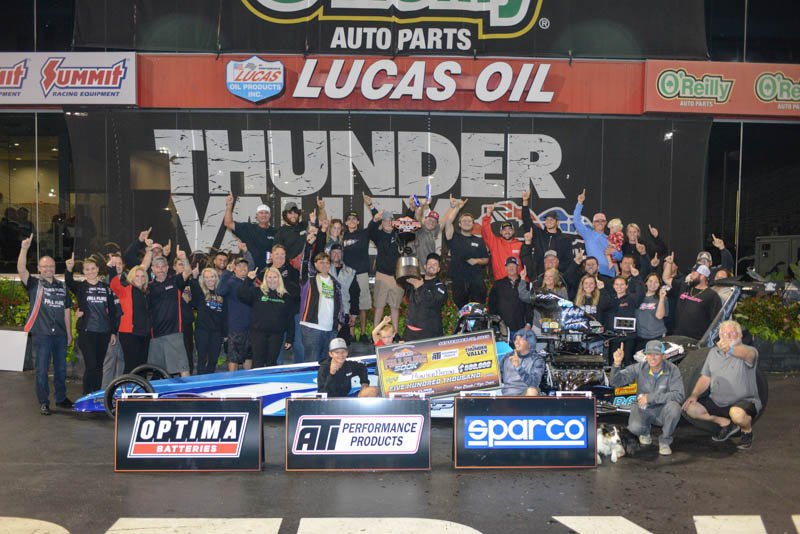