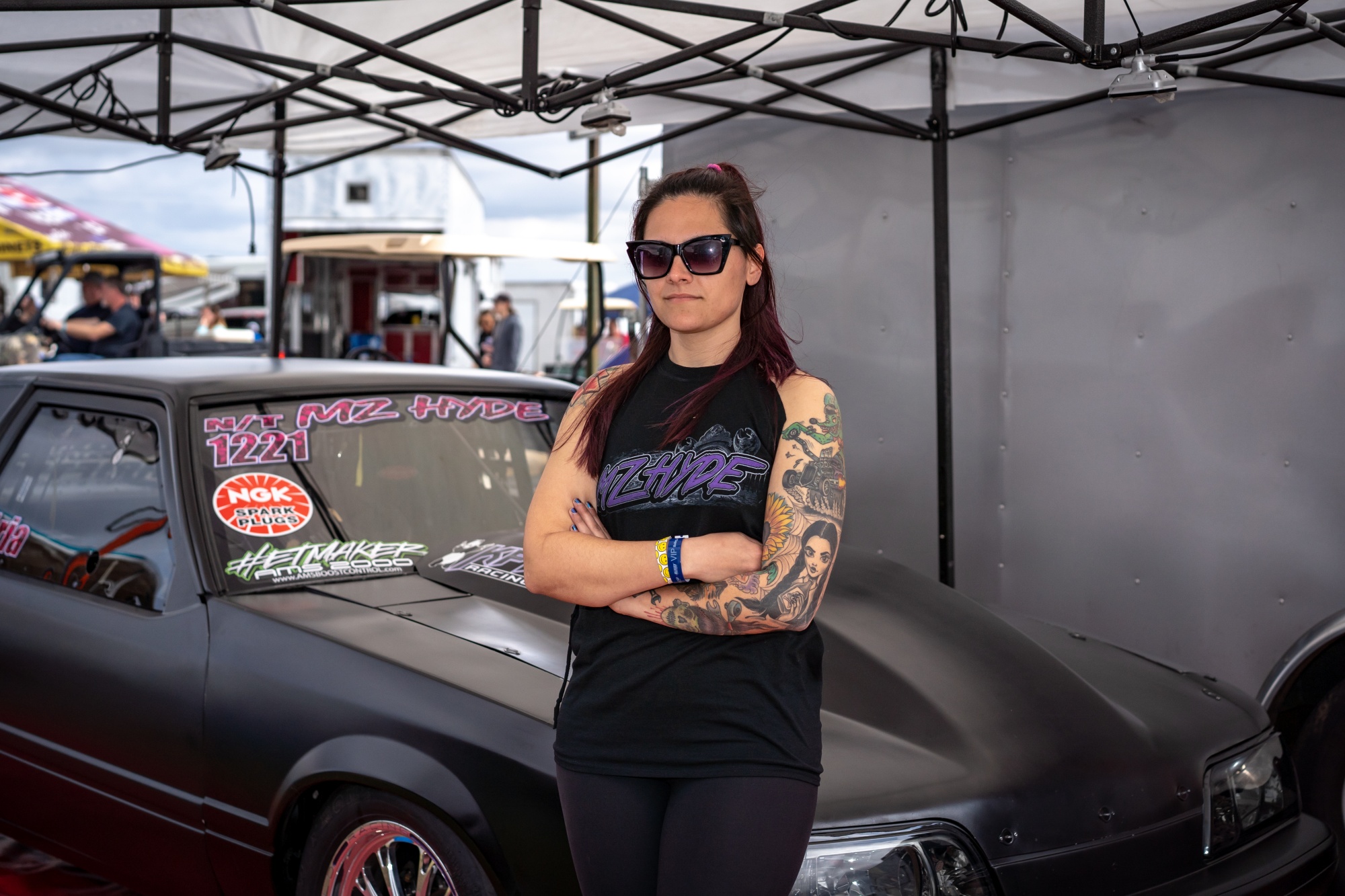 Grudge racing is serious business for Aria Connolly. The Long Island-based chef has stepped up her program this season after switching from her ’95 Mustang to an ’89 Mustang previously driven by her boyfriend, JoJo Marafino. The couple has combined forces on a new powerplant for the “Mz. Hyde” Mustang that should see Connolly improve on an already impressive score in grudge races and No-Clock Small-Block Shootouts.

A first-round red light stopped Connolly in the No-Clock Small-Block Shootout at Lights Out X in February, but she expects more late-round finishes and grudge match victories in the coming months. 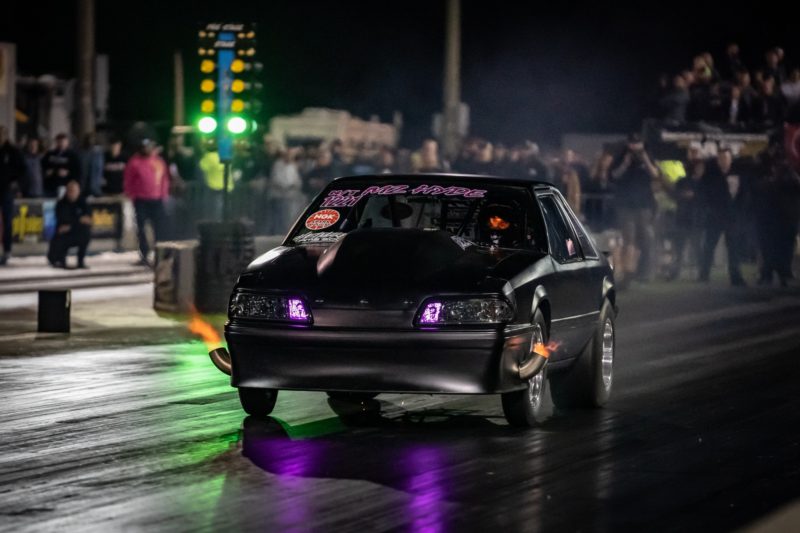 “Now that we have a way more competitive car, I think we’ll be able to go to these higher caliber races and really be able to dominate once we get a handle on the car,” Connolly says. “We’re making a couple changes on the car after Georgia that I know will be a definite help to us to make it to the finals and take home more wins this year.”

It’s obvious Connolly is passionate about grudge racing. She’s worked to attract sponsorship from companies like NGK Spark Plugs, ProTorque, UPR Products and Induction Solutions, and she feels strongly about grudge racing as a strong platform for sponsors and an entertaining form of racing for fans.

“I think people should focus a little more on grudge races and not let us get overshadowed by all the sportsman races,” Connolly says. “There’s a whole other world here that people are missing out on. We’re not just clogging up the staging lanes, we’re out there putting a show for everybody.”