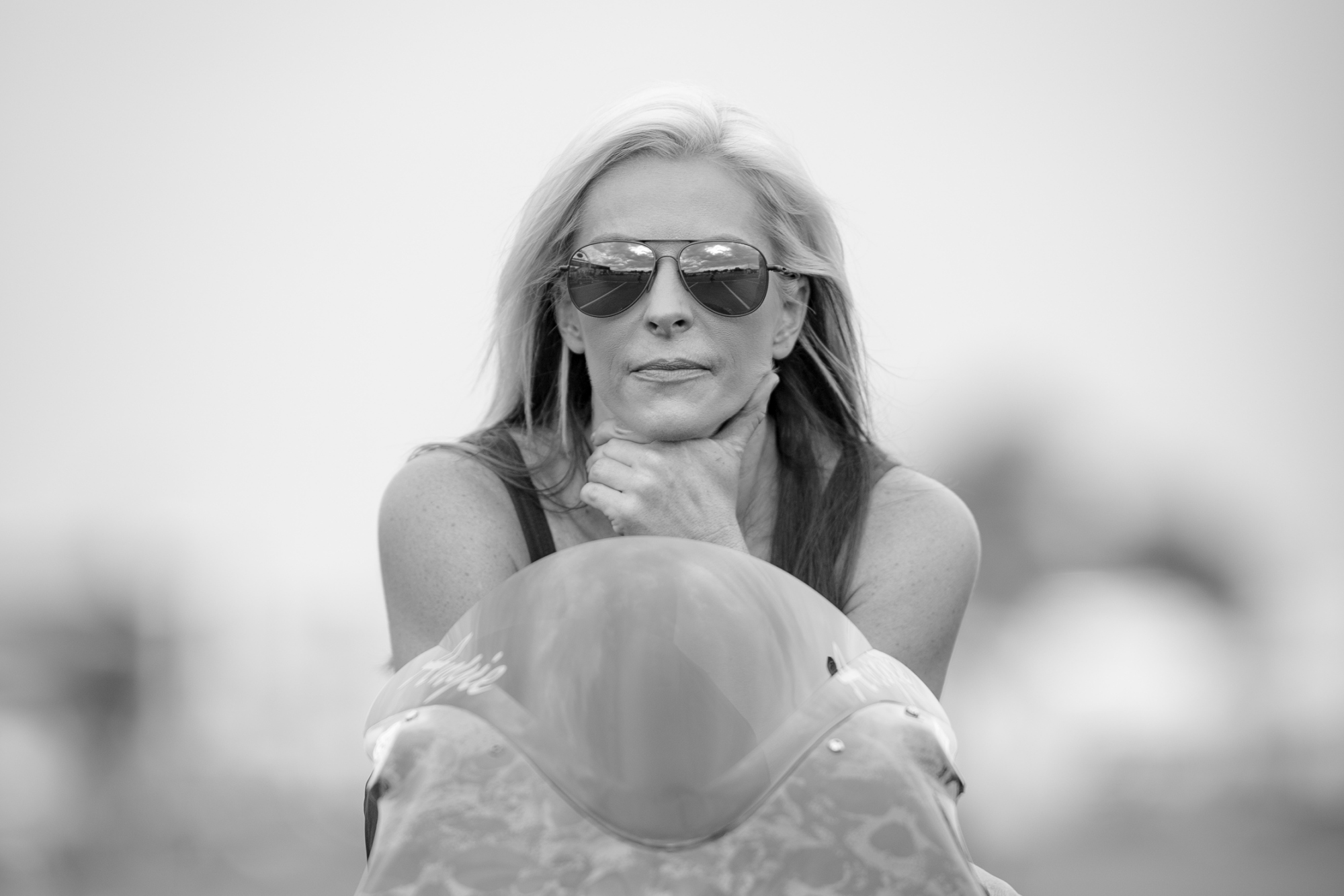 Angie Smith remembers early in her racing career when her only job consisted of simply showing up and racing the motorcycle.

Smith is now up at 4:30 a.m. every morning, grabbing a workout before she heads to the race shop for Smith and her husband, Matt Smith, the reigning and three-time Pro Stock Motorcycle champion.

But it’s just Angie and Matt at the shop, which means Angie has much more on her plate. That means building motors, working on the bikes and offering detailed input and suggestions after runs. It’s been an immense workload, but the payoff has been more than worth it.

“I’ve learned a lot over the years,” Smith says. “Matt wanted me to learn the fundamentals and get my hands dirty, and I’m able to give him so much feedback now. That bond has helped us be successful and it’s made me a better rider. You have to be a sponge in this sport.”

Smith has soaked up a wealth of knowledge year after year, proving herself in the loaded Pro Stock Motorcycle class. She advanced to her second straight Countdown to the Championship, finishing a career-best eighth in 2018.

Smith, who won her first race in 2014, is goal-oriented, a planner – she jokes she already has the Sonoma race in July mapped out – and a stable force in the Smith marriage. But she also has more than proven herself on the dragstrip, in the pits and at the team’s race shop, allowing the husband and wife racing dynamic to click on and off the track. 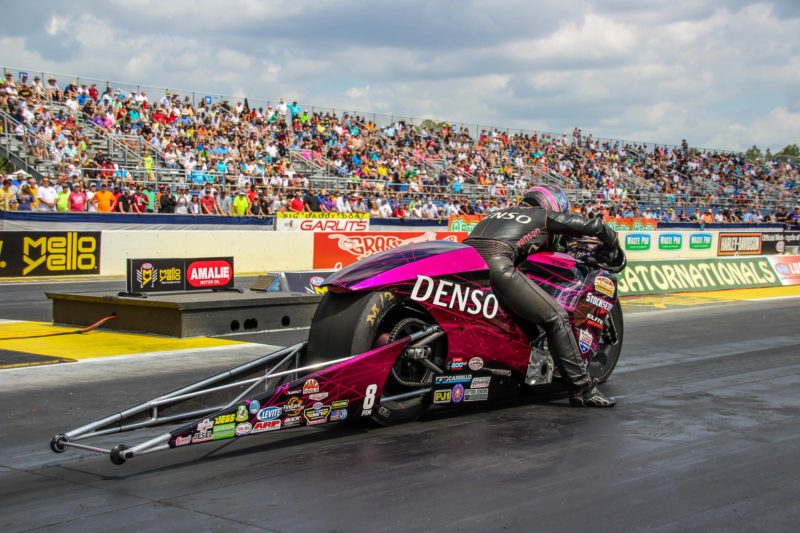 “We work together and our bond is strong,” Smith says. “When you eat, sleep and drink racing and work with your spouse, both of our plates are full. The stress can go through the roof sometimes, but we balance each other really well.”

Angie might be the planner off the track, but she’s become lethal on it. In addition to putting in ample work to attract sponsors like Denso Spark Plugs, her ability is impossible to ignore. She led the class – one noted with killers on the tree – in reaction time average in 2018, posting an impressive .022 during the regular season and a .019 in the Countdown.

The end goal remains a world championship, and Smith is determined to improve in 2019 and build on what she was able to accomplish a year ago.

“I really strive to be the best at what I do,” Smith says. “I really like learning new things, but you just have to try to absorb everything and do all you can to try and gain an abundance of knowledge. Hopefully I can continue to improve and have a really good season.”