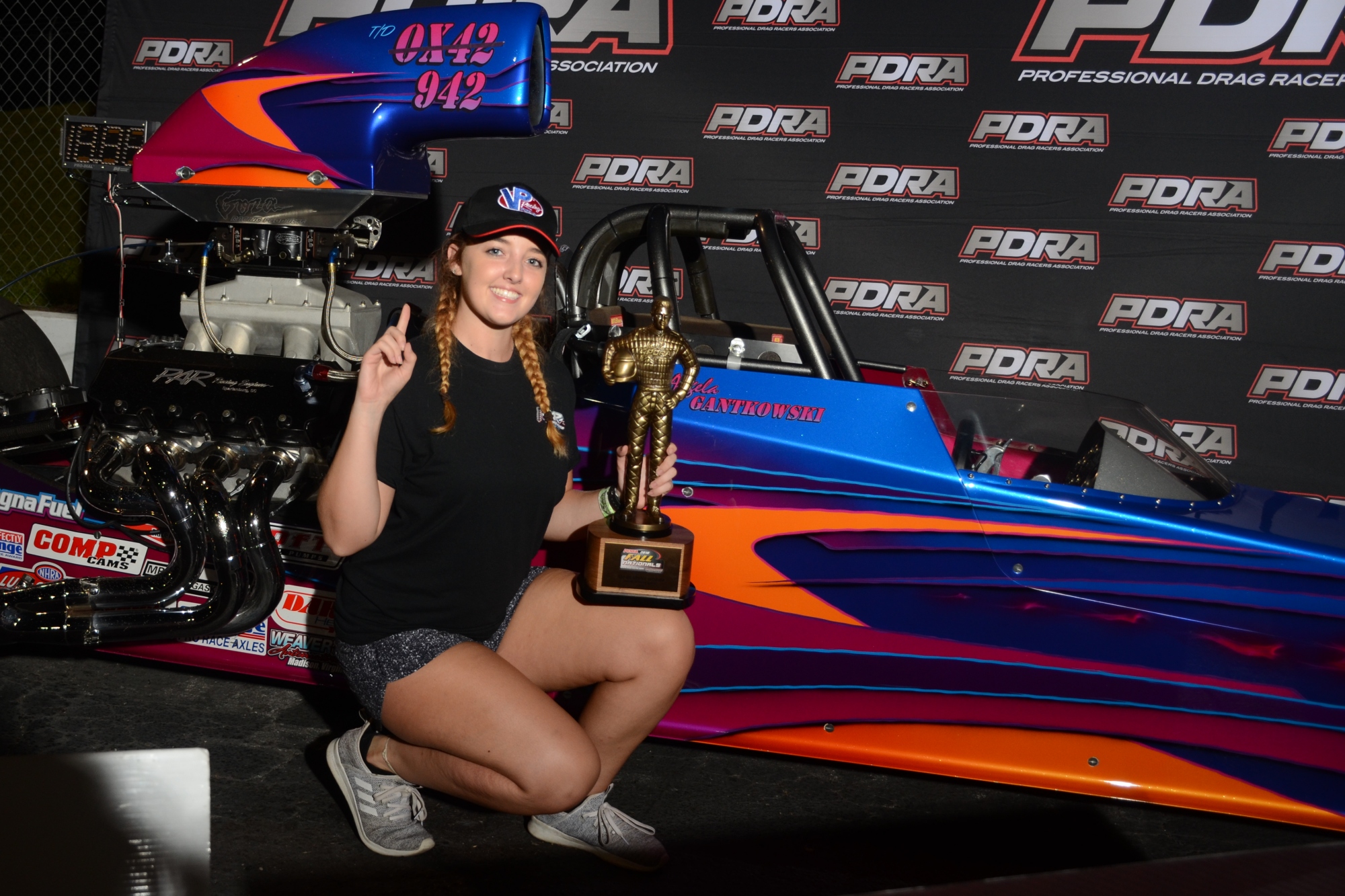 Angela Gantkowski describes her 2018 season as somewhat of a “transition year.” The 20-year-old college student was making the switch from racing mainly at her local Farmington Dragway and regional IHRA sportsman events to following the eight-race PDRA series on a limited basis.

“IHRA changed what they were going to do to the Pro Ams,” Gantkowski says, “so we decided to switch it up and try the PDRA to see what would happen since they had Elite and Regular Top Dragster. We went to Maryland (for the PDRA North-South Shootout) just to see what would happen. We didn’t really have any expectations. We thought we’d win a round, maybe.”

Gantkowski ended up winning two rounds in Elite Top Dragster, defeating 2017 world champion Matt Cooke and fellow rising star EmiLee Novak before a broken vacuum pump ended her day in the semifinals. “I think that was a good finish since we didn’t expect to go that far,” Gantkowksi says.

Her second appearance on the PDRA tour was a big one, as Gantkowski qualified No. 1 in the Top Dragster 32 field and went through four rounds to win her first PDRA “660 Man” trophy.

“I just remember thinking, ‘It’s all or nothing,’” Gantkowski says of her mindset going into the final round. “I think I was .023, .020 and a high teen, so I figured I might as well just try to be perfect. Why not? I took some out of the box for the final and I was .002, which was good because my car slowed up. I put it all on the line for that final. That was a big win for me.”

Gantkowski picked up a second consecutive event win at the PDRA Fall Nationals at Darlington Dragway, sending her to the upper echelon of the Top Dragster 32 championship points standings leading into the World Finals at Virginia Motorsports Park. 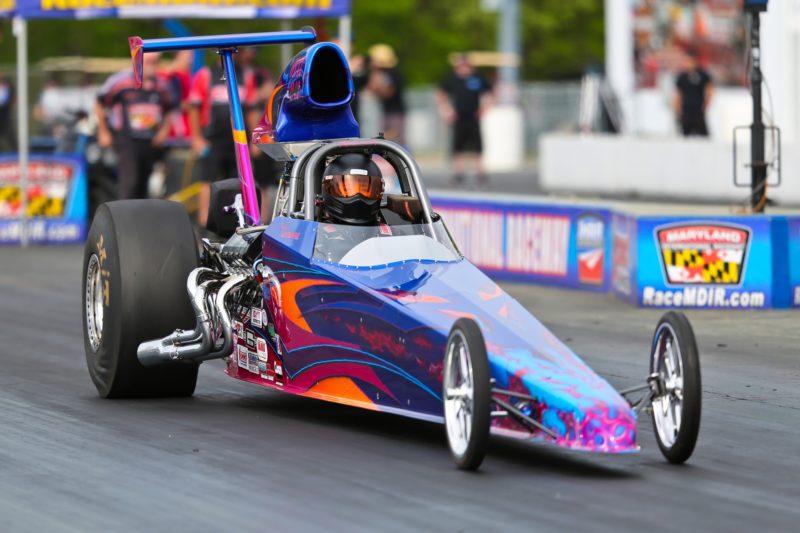 Gantkowski admits she was overthinking the points situation when she went red in the second round at the World Finals, but she sees it as a learning experience for this season. “This year I’m not even going to worry about where I am in the points or anything like that,” she says. “I realized that’s when I’ll overthink things.”

In addition to a more experienced mindset, Gantkowski also enters the season with a faster car. Owned and maintained by her father, Shawn, the Race Tech-built dragster has a beefed-up PAR Racing Engines bullet that should put Gantkowski into the 4.20s, maintaining the position as the quickest all-motor car in PDRA Top Dragster.

Gantkowski plans to run the full 2019 PDRA schedule in her pursuit for the PDRA world championship. Beyond that, she has bold ambitions for her racing career. She has a year and a half left at Appalachian State University as a marketing major, a field of study that will no doubt pay dividends when she attempts to take her career to the next level.

“After (Top Dragster) I would love to be in Top Alcohol or Top Fuel,” Gantkowski says. “I know it’s like a one-in-a-million chance – that’s why I’m going to school – but I would jump at the chance to run one of those classes if a sponsor wanted to get involved.

“Not only would I love to travel, but I love how Courtney Force inspired so many young women, including myself, to think it’s not just a male sport,” she continues. “Even in the Jr. Dragster when I’ve had younger girls come up to me to sign their shirt, I was like, ‘Wow, they think that I’m like an idol because I’m a girl racing.’ As I grew up, I realized that’s something I want to do more. I want to show younger girls that it is possible and you can dominate in the sport, it’s not just a guy thing.”