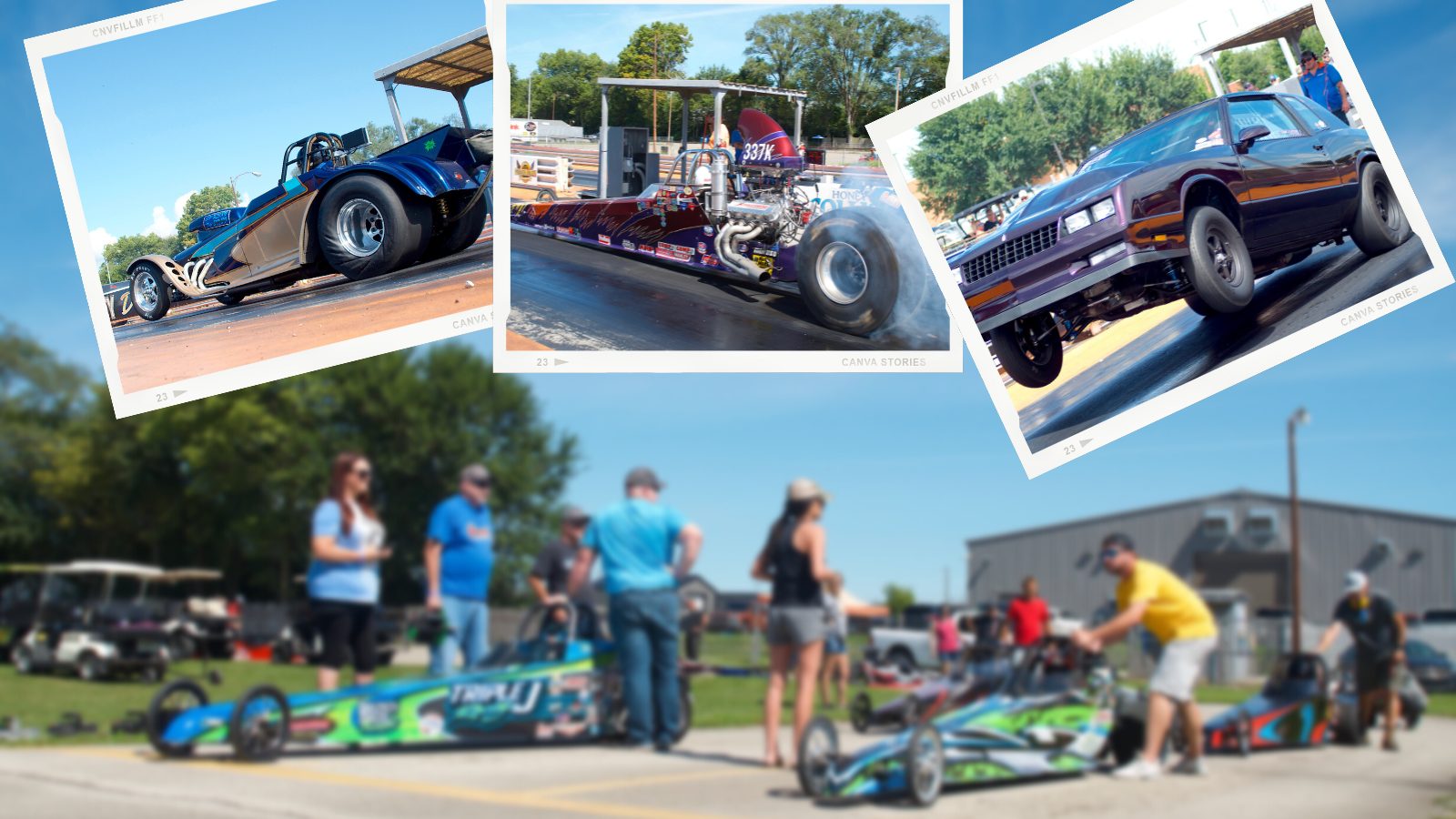 Wabash Valley Dragway kicked off its 50th season in April with the Hoosier No-Prep series and plans to close out 2022 the exact same way. “Our first scheduled event in April, as well as our season finale in October, feature this same series,” says Race Director Troy Mann. “What’s interesting about this group is that it truly is No-Prep. We scrape the track down as far as we can go and it’s still not good enough for them!” laughs Mann.

While the Hoosier No-Prep series bookends the season schedule this year, there’s a diverse mix of events throughout the year coming to this NHRA-sanctioned eighth-mile facility in Terre Haute, Indiana. Scheduled this year are no less than 15 bracket points races, as well as a robust number of test-and-tune sessions.

Wabash Valley Dragway takes cancer awareness seriously with monthly fundraiser events known as the Pink Ladies. “We do it on the first Friday of every month, as ladies come out and race their street cars and every ounce of money raised goes to Pink of Terre Haute, which is breast cancer awareness,” says Mann.

The Hux Cancer Awareness race is another event where money is raised for cancer research. “That event is basically a memorial to those who have left us due to cancer,” says Mann.

In May, the track held the Bernie Mann Memorial race, now in its 24th running. “This is my dad’s memorial race, and it’s always heavily attended.” Troy’s dad was well-liked and respected as an innovator by racers in this area. The event held in his honor is strictly for no-delay box entries. “That’s how my dad liked it, and for the last two years, we’ve had over 170 entries,” says Mann.

In June, the track hosted the Midwest Jr. Super Series. “That’s a traveling series that is sponsored by Protect the Harvest. They usually have around eight events per season and make one stop here with us,” says Mann.

Another popular event that’s contested almost monthly at Wabash Valley is the VP Race Fuel Fast 33. Nick Agresta, a VP Racing Fuels sales manager, is credited with the idea behind this event, which caters to faster racers of the area, who may be slightly concerned with stopping distance at Wabash Valley…so they only race to the 330-foot mark.

The 32-car field has been completely filled at each race this year, as participants compete for the $1,000 purse. It’s a popular attraction usually held in conjunction with a standard points bracket race.

Another great event that was recently completed in August was the Blast From The Past Nostalgia race, which featured Nitro Funny Cars and Nostalgia Super Stocks. Yet another heavily attended event in August is the Final Call Promotions Door Car Duel presented by Moser Engineering.

Among the newer events that are experiencing success is the Wabash Valley Dragway Lucky 7’s event, which was launched last year. Drag Illustrated was in attendance for the most recent running, which kicked off Friday night with a gamblers race.

Randy Protz claimed the $1,777 payday while driving his great-running 1974 Vega wagon. Keli Dohm collected $777 for the No Box win, while Sam Smith took home the hefty $7,777 payday for his victory in Box. Aiden Lawson brought his win total to three in Jr. Dragster, collecting the $777 purse in the process. The same generous payouts were awarded in Sunday’s final eliminators, as Jake Smith picked up the win in Box, Austin Tewell was victorious in No Box, and Jace Willenborg won in Jr. Dragster.

After all the special events and scheduled bracket point meets, Wabash Valley Dragway usually goes into Box/No Box gamblers racing as the weather permits. “These Indiana winters can be brutal with lots of snow,” says Mann. “We have a 55-degree rule, stating that if the projected high temperature isn’t expected to get above 55, we don’t open.”

As Wabash Valley Dragway celebrates its 50th season, racers and fans continue to offer strong support for this vintage facility that’s proud of its storied history of drag racing in Hoosier State.