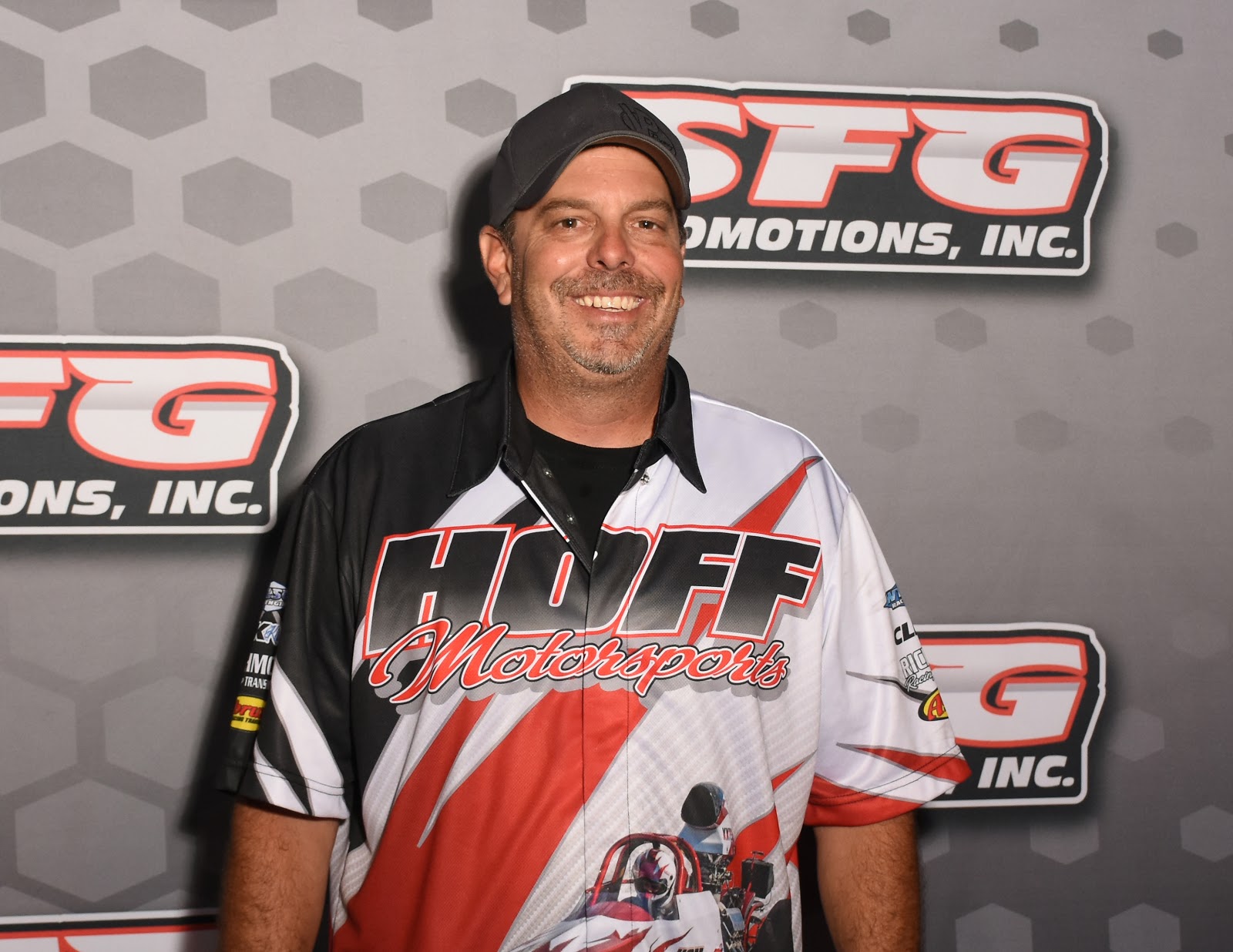 On FuelTech Friday, Holloman defeated local runner Larry Houck. In the final round for $25,000, Holloman threw down another dead-on run with a 4.605 lap on his 4.60 dial-in to defeat Houck, who was better on the tree but broke out for the runner-up. After his win, Holloman made it a point to thank those that help him get to the winners circle including Travis at American Racecars, Marco Abruzzi and his family, Switzer Dynamics, DragRaceResults.com, Drag Race Solutions, and SFG for putting on the event. 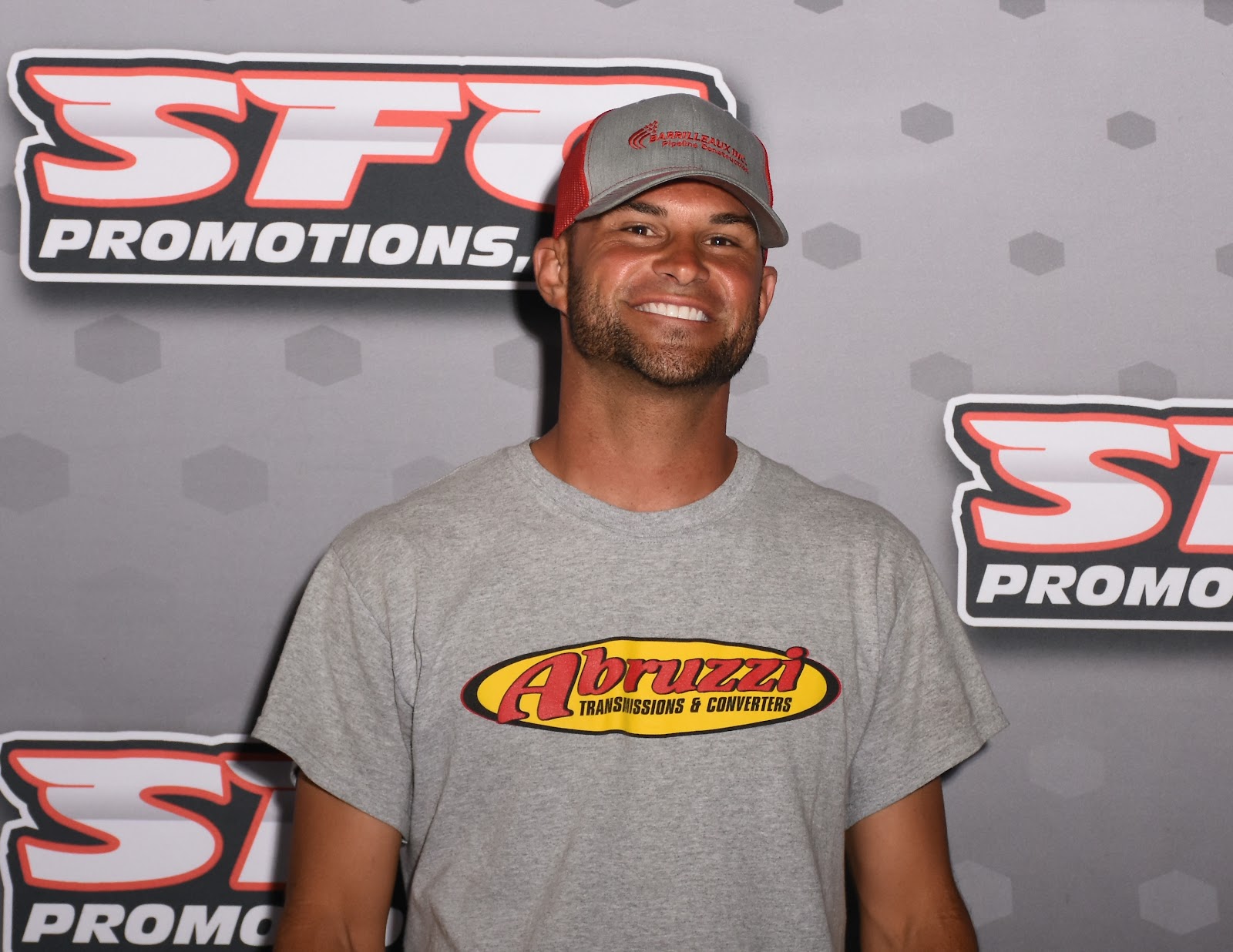 On FTI Saturday, Hoff struck gold by defeating a footbraking Matt Ricchezza who gave an incredible performance despite a grave set of circumstances to start the day. Hoff had a .032 light and 4.32 run on a 4.30 dial in; Ricchezza was .019 on the tree but slowed up a bit too much during his first sighting with a dragster for the night with a 6.434 run on a 6.39 dial-in. 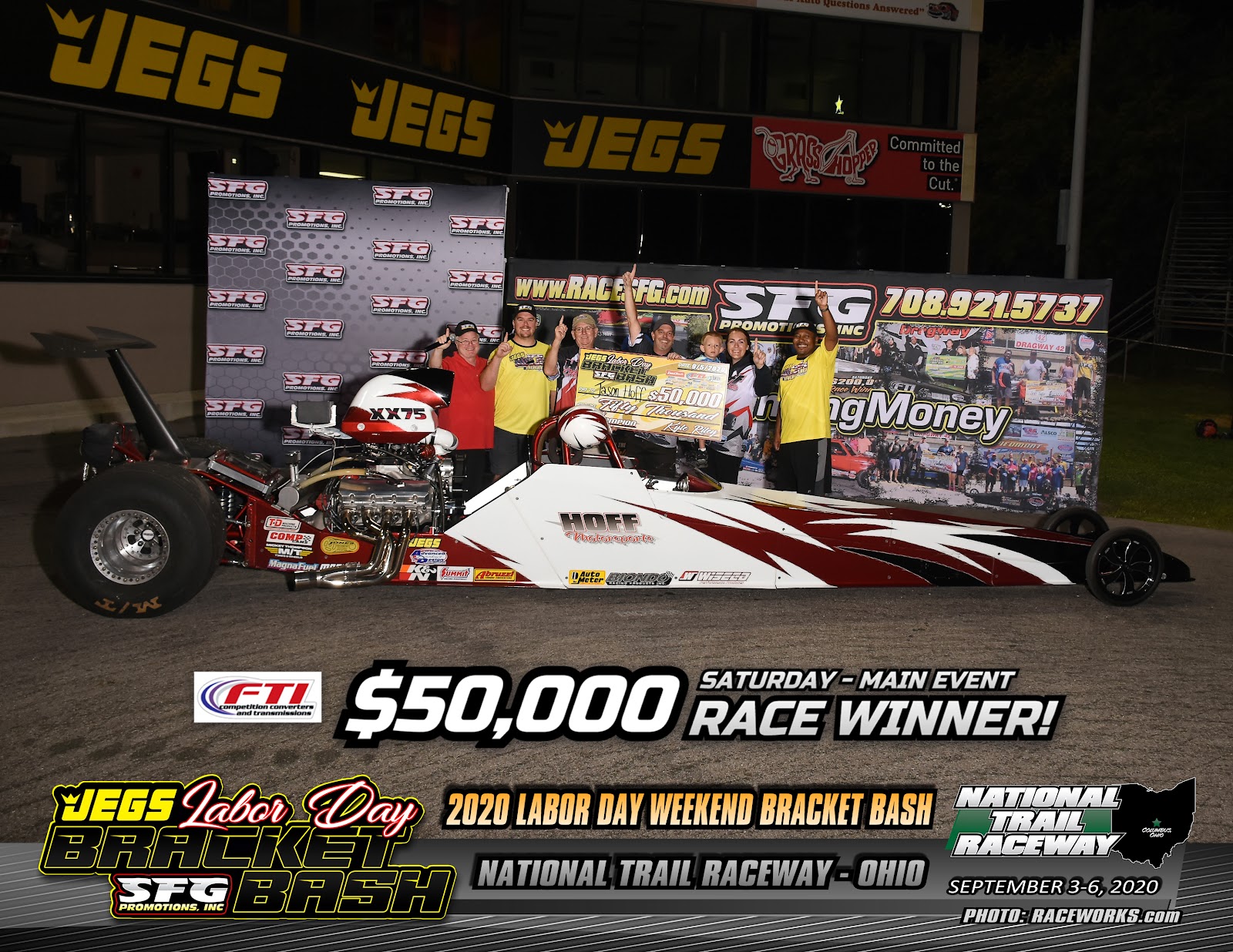 “I’ve raced a few SFG races, and this is definitely the best I’ve ever done,” said Hoff in his winners circle interview. “This is unbelievable. I’d like to first thank God, I’d like to thank my wife and my child Alex, my father Mike Hoff, Chris Wilson Racing Engines, and my transmission guy Joey- definitely Joey.” 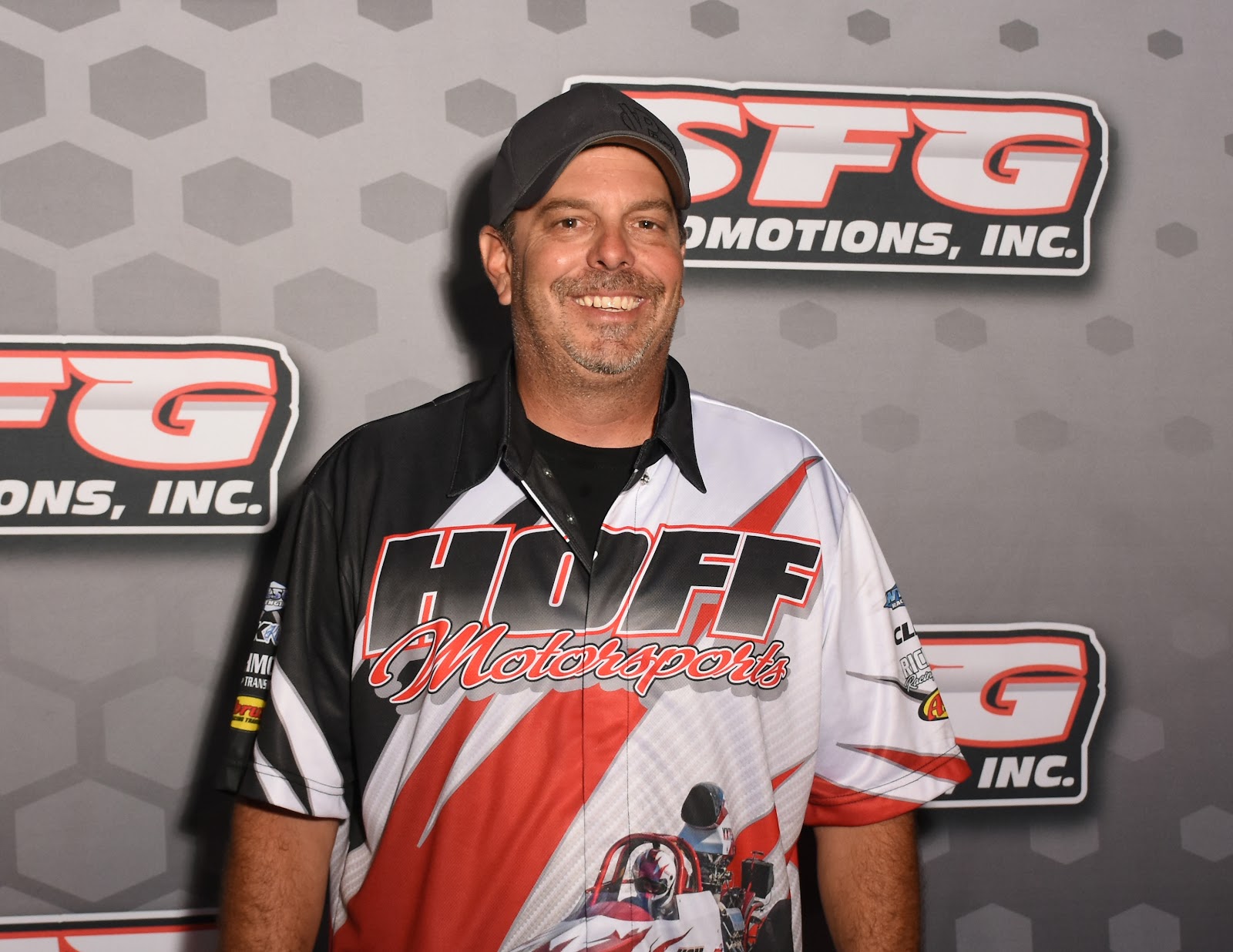 The 24 year-old runner-up (Ricchezza) made his way to the final round in a borrowed car- owned by Matt Dadas- that he’d never driven until the second round of the race after his car broke in the opening round. 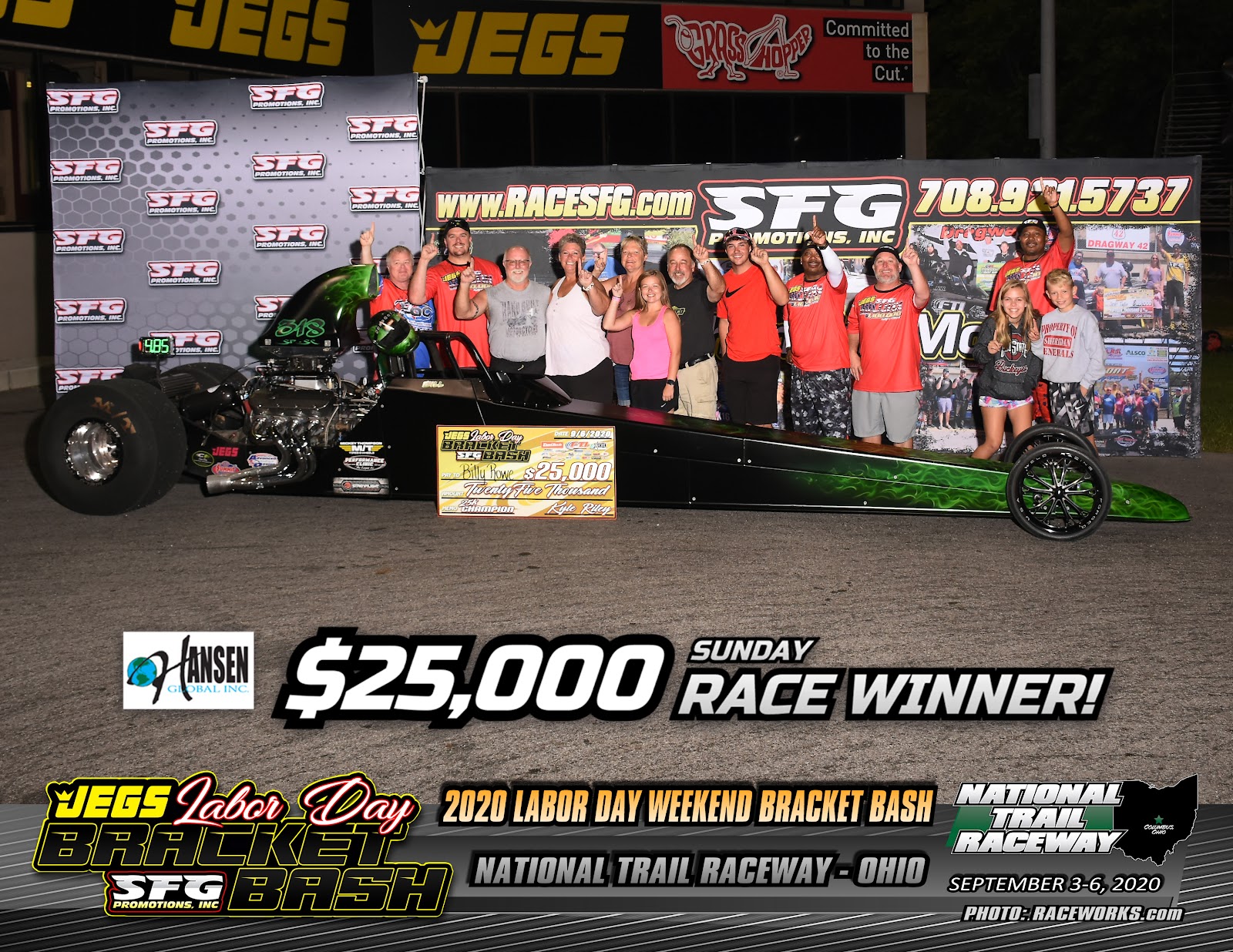 In his winners circle interview, the local runner thanked Sam Schafer for his transmission, Performance Clinic for his engine, and his wife for her support across every aspect that gets one to a victory. 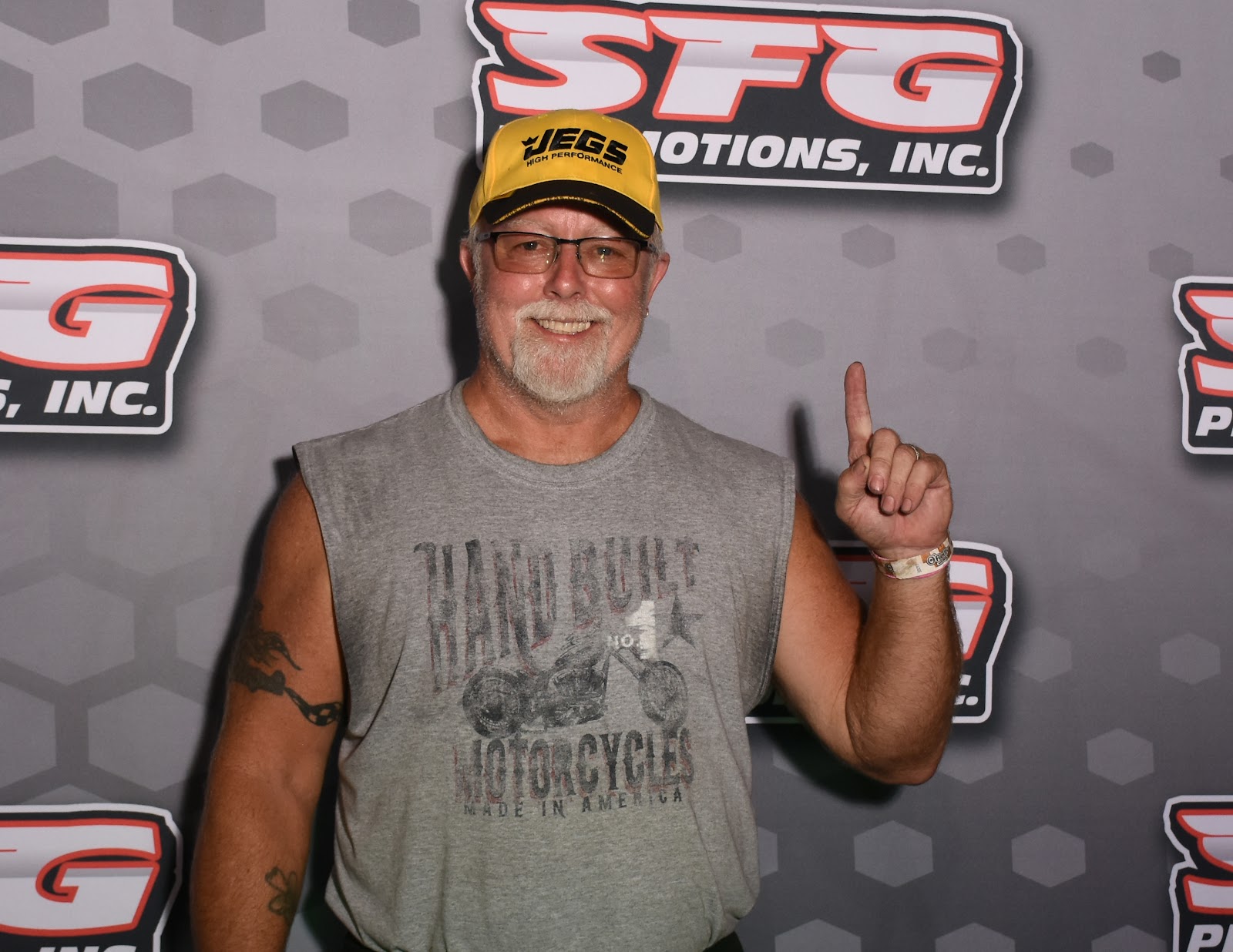