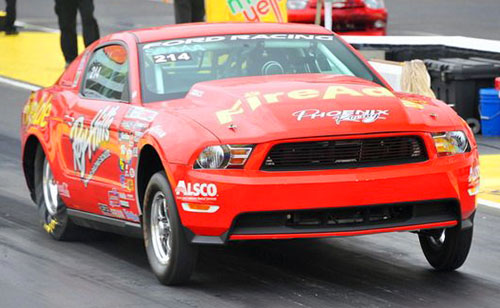 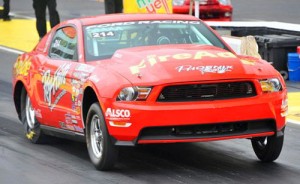 Hill has a long history of success at Bristol dating back several decades, and he’ll look to build on that legacy as he and teammate Craig Hankinson enter Super Stock with a pair of Phoenix Racing Ford Mustang Cobra Jets backed by FireAde 2000.

After Hill and Hankinson qualified sixth and seventh, respectively, at the NHRA Lucas Oil Drag Racing Series Southeast Division event at Atlanta Dragway back in May, the team feels confident they’re heading into the weekend with consistent race cars.

“We’ve really got these cars dialed in, and we’re looking to go rounds in Bristol. We just have to stay focused and make sure the driver is performing as well as the car is,” said Hill. “I’m excited to have FireAde 2000, the world’s most complete firefighting agent, backing both cars this weekend and for the rest of the season. The partnership with FireAde 2000 is one we formed back at the start of the season at the Gatornationals, and we’ve got some exciting announcements involving FireAde 2000 coming soon. Their motto is ‘don’t fight fires, extinguish them’, and extinguishing the competition is exactly what we plan to do in Bristol.”

Once things are wrapped up in Bristol, Hill will return to his home base at zMax Dragway just outside Charlotte, NC for a session of the world-renowned Roy Hill’s Drag Racing School. The school will be held Tuesday, June 18 and Wednesday, June 19. Openings for all classes are still available and can be reserved by contacting Roy Hill’s Drag Racing School at (336) 498-7964 or [email protected].

Hill’s packed summer schedule continues the following week when he travels to Sparta, KY for the NASCAR Sprint Cup Series Quaker State 400 at Kentucky Speedway. Hill’s Ford Mustang Cobra Jet will be on display for team sponsor Alsco, the first company to introduce commercial textile services and one of the largest of its kind in the world today.

“It’s going to be a busy summer, but I wouldn’t want it any other way,” Hill said. “I’m fortunate to have the backing of great companies like Alsco, along with FireAde 2000, Ford Racing, Coca-Cola, and many more. A successful partnership is about performing both on and off the track, and doing a display that branches outside the drag racing industry is always a great opportunity.”