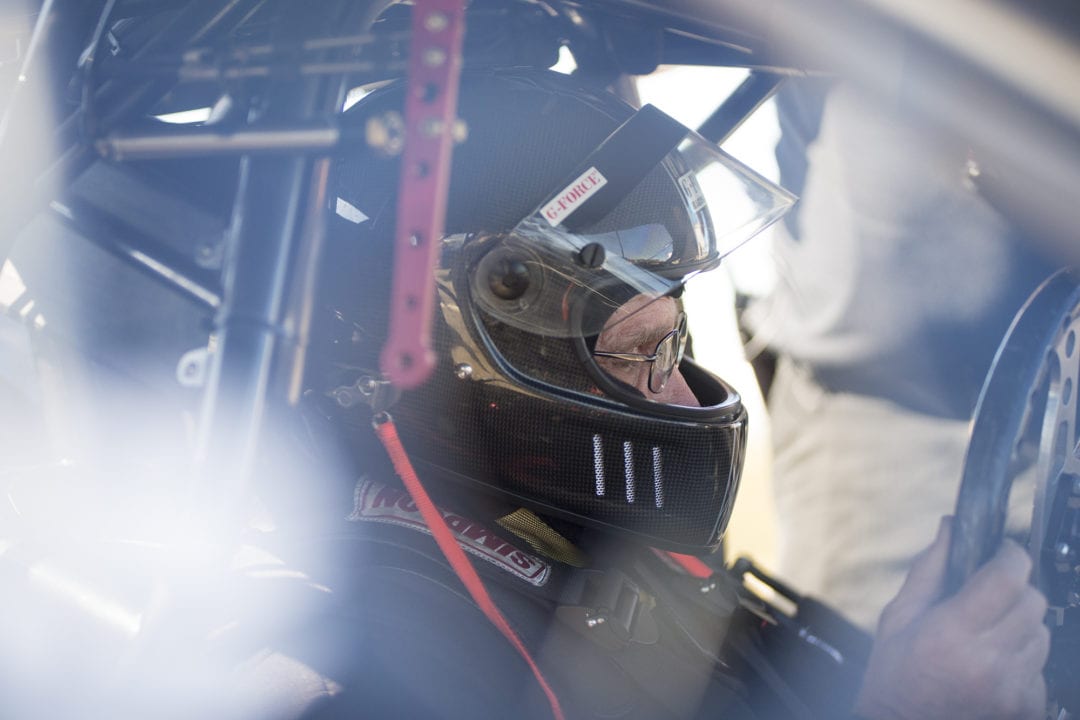 Larry Higginbottham announced today that his Warren, Ohio-based Higg Racing team has acquired the former Kevin Rivenbark-piloted 2015 C7 Corvette of GALOT Motorsports, squashing rumors of a health scare or retirement from drag racing. Higginbottham’s first race with the car will be the PDRA Brian Olson Memorial World Finals this weekend.

It recently became public that the 71-year-old truck driver had placed his infamous barn find 1957 Bel Air deemed “Wicked Wanda” for sale. The disappointing news was met by many questions and concerns as to whether Higginbottham’s health had taken a turn for the worst, or if he was planning to hang up his helmet for good.

“I can assure you I still have my health, and I still have the determination as well,” said Higginbottham. “You know, I really hate to see ‘Wanda’ go. That car is just so me, from the rust and patina right down to the display of patriotism on the deck lid. She’s been good to us, but she’s tired and I need to go fast.” 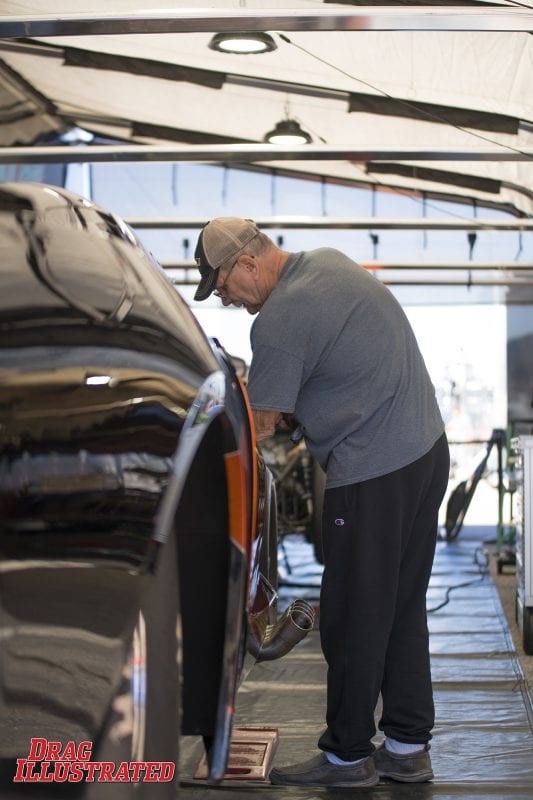 weekend, Oct. 19-21, to debut the car. The Corvette, which was purchased turn key, will be run out of the GALOT Motorsports stable for the weekend. It will also be set up and tuned by the GALOT brain-trust that currently fields the No. 2 and No. 3 efforts in Andy McCoy Race Cars Pro Boost. At the end of the weekend, the car will make its way back to Ohio with Higginbottham to its new home.

In the PDRA’s inaugural season, the former Marine known affectionately by many as “Higg” finished in the No. 3 position and received the association’s Good Guy Award. After many trials and tribulations at the tail end of 2016, and throughout the majority of 2017, it was decided that a change was necessary if they wanted to remain competitive in an always-changing class. Higginbottham reached out to longtime friend Jeff Bohr of GALOT Motorsports in an effort to find a newer car, and a few days later a deal was made and planning begun.

“I’d really like to thank my crew for sticking by me during all the struggles this season,” noted Higginbottham. “My crew chief, Kelly Baer, Dave and Melly Roloff, Willie Jones, and Doug Baer. Without them, none of this would be possible. It’s been a really tough season. A lot of late nights and stressful days, and they’ve been behind me 100 percent. I’m very excited about this new endeavor. We have had the crew, but now I think we have the car and equipment to be extremely competitive in Pro Boost in 2018 and beyond. I also need to thank Jeff Bohr, Kevin Rivenbark, Mr. Wells, and the entire GALOT team. They have been amazing throughout this entire process.”

Higginbottham and the crew have dubbed the beautiful hot rod “Elvira: Mistress of the Dark”. Elvira has received the competition number 1776, and her decals are done up in a patriotic fashion to pay tribute to the United States of America. The Jerry Bickel-built Chevrolet Corvette will continue to receive backing from Higg Trucking and DB Signs and Designs, and will be available for marketing partnerships for the 2018 season.

Story and photographs by Cole Rokosky