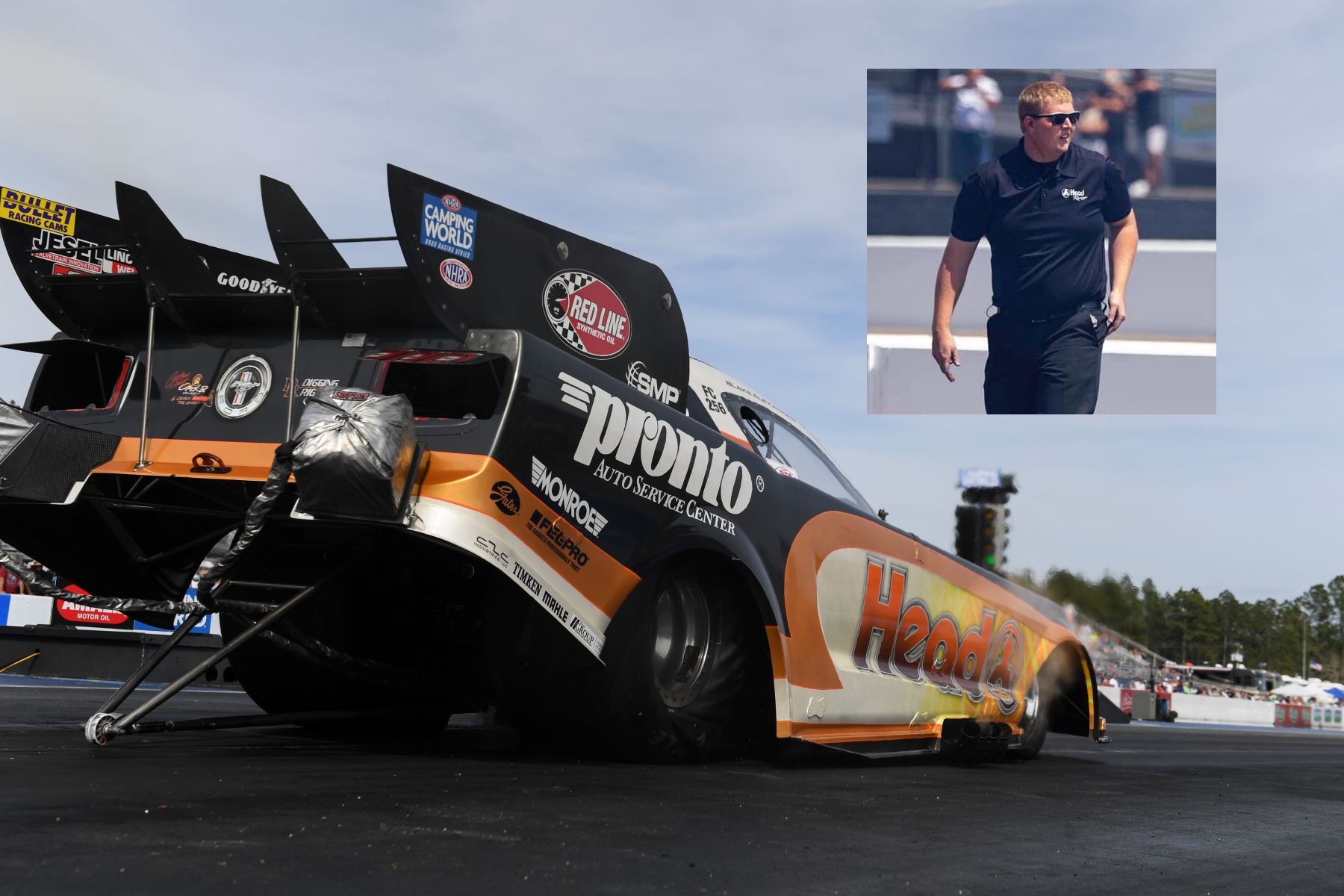 News spread Sunday afternoon that one of Head Racing’s Funny Car transporters was involved in a deadly highway accident near Indianapolis. As details surfaced, the racing community learned that the driver of the racing rig, Head Racing crew member Dylan Cromwell, was killed in the accident. He was just 23.

An IMPD report indicated that three semis and one passenger vehicle were involved in the accident. According to an IndyStar story, one of the semis lost control in a construction crossover and crashed through a concrete barrier wall. It then hit Cromwell’s westbound semi head-on.

Cromwell was originally from Scobie, Montana, and relocated to North Carolina to train at the NASCAR Technical Institute. He then moved to the Columbus, Ohio, area to work on Jim Head’s Funny Car team for the 2018 season. Cromwell has been a crew member on Head’s team ever since, first working with driver Jonnie Lindberg and now with Blake Alexander. By all accounts, he was living his dream.

Past Funny Car world champion Ron Capps was among the drivers, crew members, and friends that posted tributes to Cromwell on social media.

“I got to spend some time with his family a couple of years ago as they drove over 2 hours to come see me at a sponsor appearance to say hi and to tell me that their son had achieved his dream of working on an NHRA Nitro Funny Car team,” Capps said in his post. ”I tracked Dylan down in Jim Heads pit area at the next race to tell him and show him the hat I got from his parents and i could instantly tell he was from that wonderful family I had met. Our thoughts are with the Cromwell family.”

Chase Freeman, a past DI 30 Under 30 honoree and crew member on Erica Enders’s championship-winning Pro Stock entry, shared “What a devastating loss for all of racing. Dylan was one of a kind and never had a bad thing to say. He was one of the good ones. Vegas is for you, Dylan!”

NHRA lead announcer Alan Reinhart also weighed in, adding “This is beyond awful. A young man, living his dream on a professional race team. Just getting started. The #BrotherhoodofRacing is in mourning today.”

This is beyond awful. A young man, living his dream on a professional race team. Just getting started. The #BrotherhoodOfRacing is in mourning today. https://t.co/JYCysiDaNV

Drag Illustrated offers our most sincere condolences to Cromwell’s family, friends, and teammates.

Sad to hear the news of the untimely death of Jim Head Racing team member Dylan Cromwell during a traffic accident involving a Head Racing support semi near Indy this morning. A bright young light extinguished way too soon. We'll all be thinking of you this weekend in Vegas Dylan pic.twitter.com/VjMlBx3xaJ

This is heartbreaking. Thoughts & Prayers with his loved ones. https://t.co/b2OaFacRbM