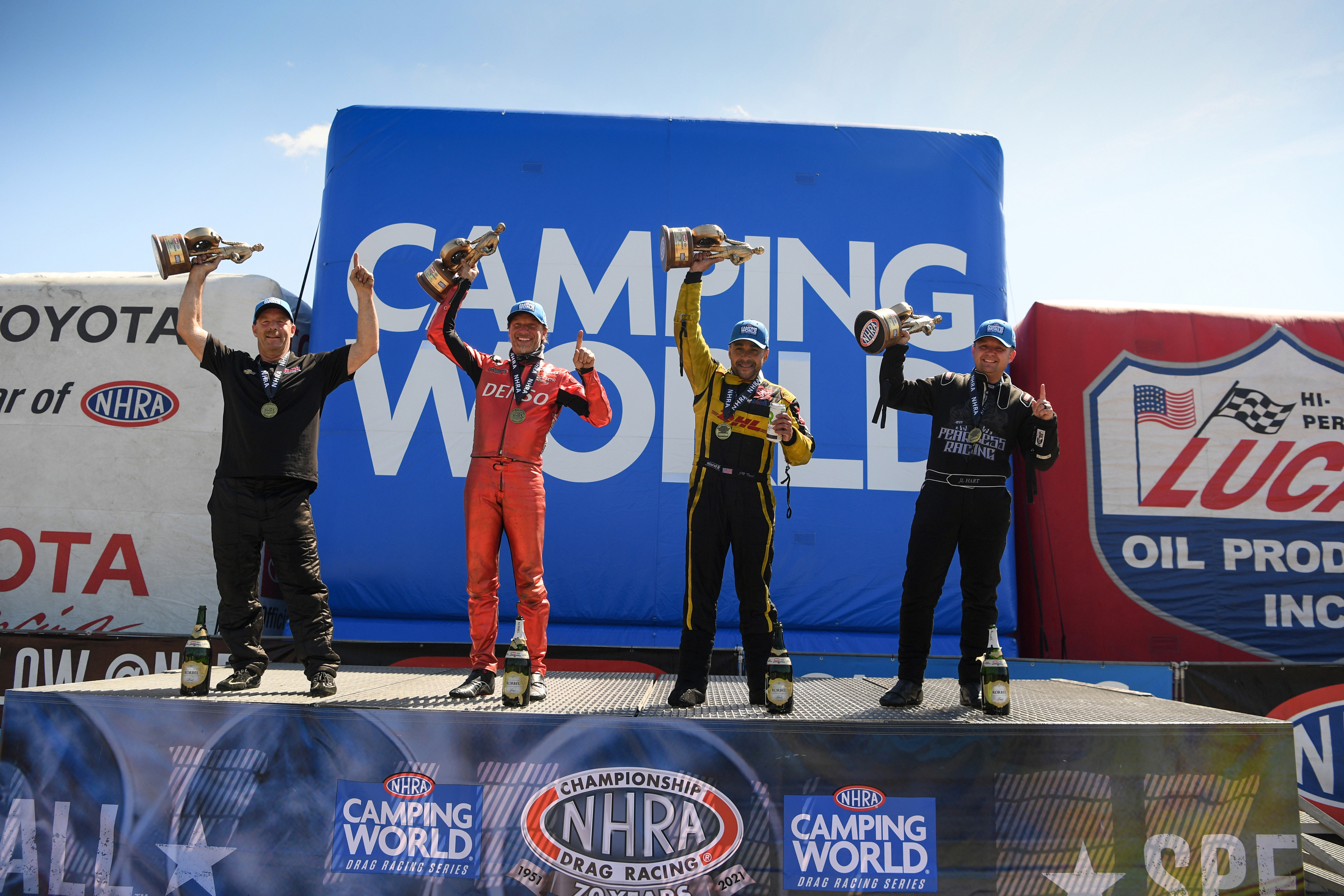 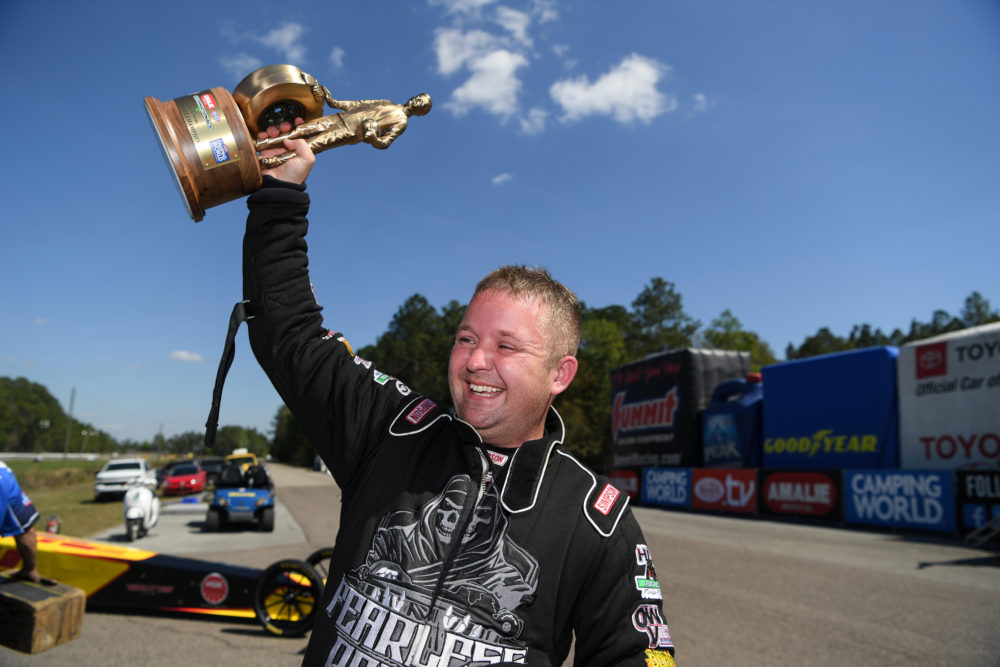 Hart, an Ocala, Fla. native, became the first driver to win in their first NHRA start since the late Darrell Russell did it 20 years ago to open the 2001 season, going 3.826-seconds at 323.66 mph in his 11,000-horsepower Burnyzz/Technet dragster to beat Shawn Langdon in the final round. Hart reached the final round thanks to victories against Clay Millican, three-time defending world champ Steve Torrence and Justin Ashley, staying in the low 3.80s in the second and third rounds. He was spectacular on the starting line in the final round and cruised to the historic win at his home track to become the 110th driver to win in Top Fuel.

“Never in a million years would I have thought this was going to happen,” Hart said. “I’ve wanted to do this for a really long time and to do it in Top Fuel is just amazing. (Crew chief) Ron Douglas gave me an amazing car and the guys have worked their butts off. It’s just amazing. That thing was a monster going down the track.”

In a wild Funny Car final round against Robert Hight, Todd earned his first win in nearly two years, 5.184 at 286.38 in his 11,000-horsepower DHL Toyota Camry. Both Todd and Hight smoked the tires early in the run, but Todd pedaled, recovered and went right down the track after that to win in Gainesville for the first time in his standout career and get his 19th career win. The Kalitta Motorsports driver beat Blake Alexander, Tim Wilkerson and Cruz Pedregon to reach the final round. His victory also snapped the 14-race Funny Car win streak for Don Schumacher Racing, giving the Kalitta team a strong start to 2021.

“It’s amazing to be among the legends who have won this race,” Todd said. “This is Don Garlits country down here in Gainesville. First off, I have to thank the legend Connie Kalitta for the opportunity to earn one of these trophies. Today was tough. No offense to all the other drivers out there, but in my opinion, Robert Hight is the best driver out here. That team sets the benchmark for the rest of us. Our DHL Toyota Camry went out there and blew the tires off and I thought, ‘Oh man, here we go.’ I just kind of rolled into the throttle, he never came by us and here we are holding another (Wally).”

Hight, making his first start in more than a year, ended up in his 81st career final round thanks to wins against Bob Bode, teammate John Force and Bob Tasca III.

Celebrating his 60th birthday, Pro Stock legend Greg Anderson picked up the ideal present, winning for the 95th time in the class by going 6.602 at 209.33 in his Race Star Wheels Chevrolet Camaro to beat Troy Coughlin Jr. in the final round. Anderson took out Cristian Cuadra, Alex Laughlin and Deric Kramer to reach the final round for the 159th time in his career. But after going winless in 2020, Anderson, a four-time world champ, was thrilled to pick up the victory against Coughlin. It also gave Anderson his fifth career victory at the Gatornationals.

“It’s been a long time since I’ve held one of those trophies, and I’ve said it a million times in my career, you always wonder if you’ll be able to do it again,” Anderson said. “I guess you’re not human if you don’t have doubts, and it’s a shame to have those thoughts, but I think it’s good in a way because it drives you to work harder every day. You just want to have that feeling again so bad. To finally get back to the winner’s circle a year and a half later, and to do it on my birthday, well that makes this a win that I’ll never forget.”

It was an outstanding start to a title defense season for Pro Stock Motorcycle’s Matt Smith, as he made multiple runs of 200 mph or faster on his Denso Auto Parts/Stockseth/Matt Smith Racing EBR, including the final round when he went 6.785 at 200.65 to beat Ryan Oehler’s 6.869 at 196.53. It was Smith’s quickest run of the weekend and he topped 200 mph on every run in eliminations to win in Gainesville for a second straight year. He knocked off Jim Underdahl, Hector Arana Jr. and Steve Johnson to reach the final round, rolling to his 27th career win.

“I just have to go up there and race my lane,” said Smith, a four-time Pro Stock Motorcycle world champion. “This bike was on mean this weekend. We weren’t able to quite get the E.T. we needed, but this bike was running the speed.”

Oehler advanced to his third career final round thanks to round wins against Jerry Savoie, Karen Stoffer and Scotty Pollacheck.