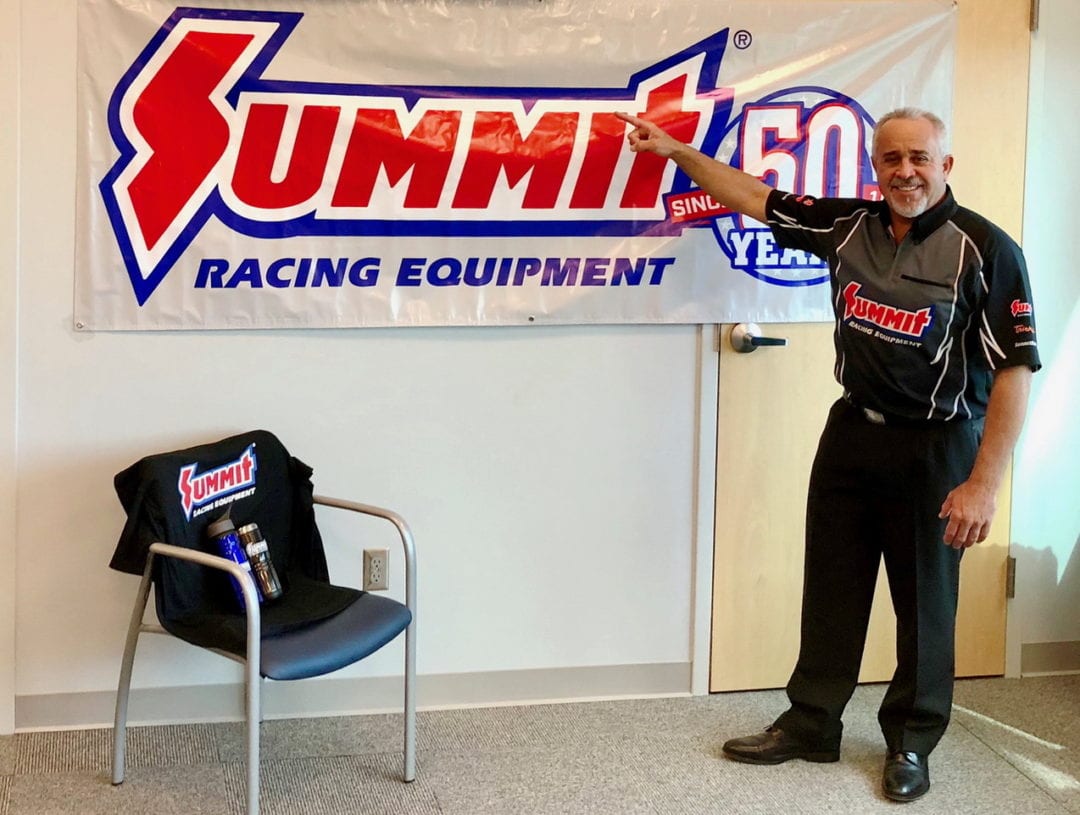 Several giants of the sport are teaming up as Summit Racing Equipment has signed on as primary sponsor for Keith Haney Racing to enter the NHRA E3 Spark Plugs Pro Mod Series at three national events this season.

Driving a nitrous-boosted 2015 Summit Racing Camaro owned by three-time NHRA Pro Mod World Champion Rickie Smith and tuned by Brandon Switzer, Haney will make his NHRA Pro Mod debut next month (May 18-20) at Topeka, KS, with additional outings in September at St. Louis and the following month in Dallas, TX.

“The deal came together pretty quickly after I met Keith down at the Mid-West Pro Mod race earlier this year in Dallas. We’ve been in Pro Mod a few times before and this is an opportunity to kind of get our feet back in the game for three races and have some fun,” Summit Racing Motorsports and Events Manager Jim Greenleaf explained.

“What I think is going to be really exciting is the fact that Keith will be showing up with a car and a team that can win right away. I also think he is going to be good for the class because he brings a competitiveness, a back-and-forth with some of the other drivers that’s sort of been missing from other forms of drag racing right now.”

For his part, Haney couldn’t be happier or more excited to have Summit Racing on his side as he embarks on the biggest jump of his 30-year drag racing career. 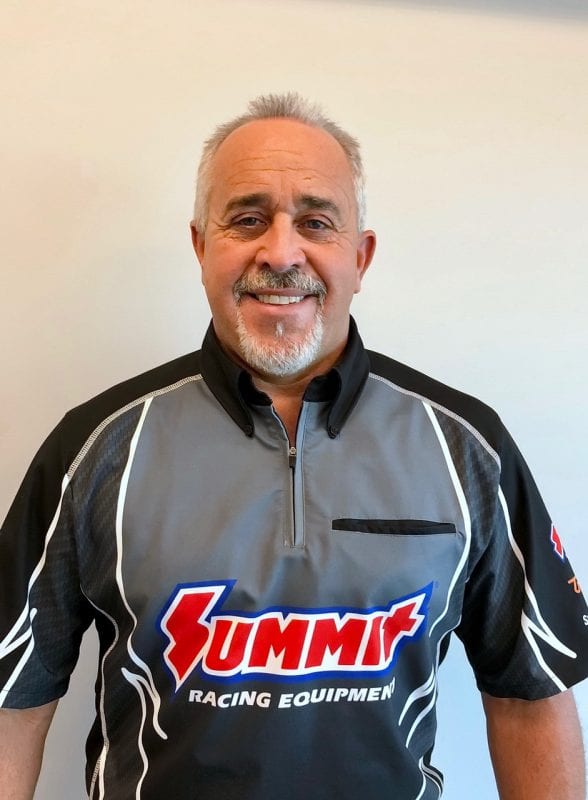 “This is huge,” he declared. “To have Summit Racing show faith in Keith Haney Racing like this, well, it’s unbelievably fantastic is what it is. I mean, this is Summit, the company that sponsors Greg Anderson and Jason Line in Pro Stock and the title sponsor for the NHRA national event up in Norwalk, Ohio. It just doesn’t get any bigger than this.”

Keith Haney Racing has been on quite a roll lately, capturing championships in both Pro Mod and Drag Radial within the Mid-West Pro Mod Series last year and following up in 2018 so far with a runner-up finish in Radial vs. the World at Lights Out 9 in February, another runner-up in RvW at the Mid-West series season opener in early-March, a semi-finals appearance at the elite Sweet 16 RvW event later that month, and Haney picked up the RvW win just a couple of weeks ago for Radial Revenge at Tulsa Raceway Park, a track he co-owns with fellow racer Todd Martin.

Haney said Switzer initially brought him the offer of a Jerry Bickel-built car from Smith that’s previously won on the NHRA Pro Mod circuit. It will carry a Pat Musi powerplant and Smith will be available, too, for additional tuning and set-up advice.

“We’re going to be racing as a team,” Haney stressed. “You’ve got Rickie driving one car, you’ve got Khalid Al Balooshi driving another, and you’ve got me driving the Summit car. With the data and the information we’re going to get between each other we’re going to be second to none. I’m really blessed by the fact that Rickie and Brandon believe in me going out there and making some noise for them.

“Pro Mod is definitely a little different than Pro Stock or even Funny Car, where we’re an associate sponsor 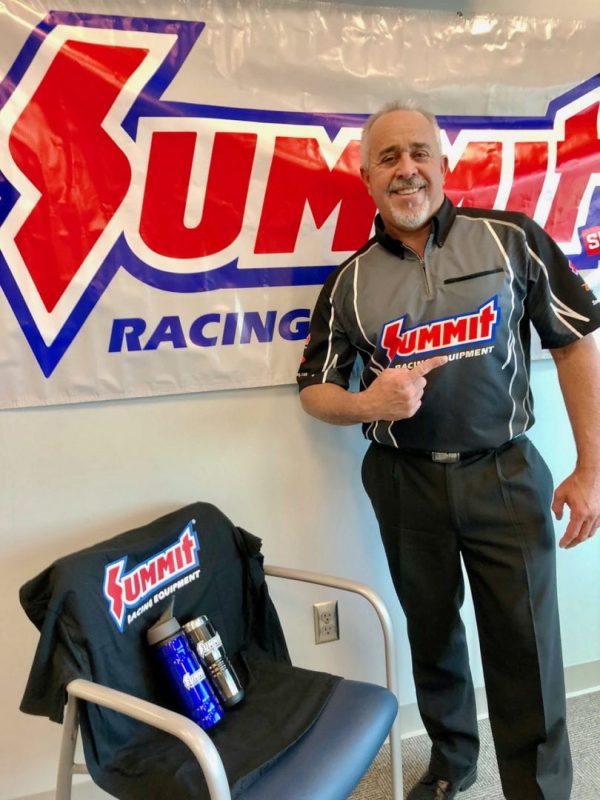 for Tim Wilkerson, so they can trash talk and jab at each other, but still keep it PC, for lack of a better term, and Keith is a businessman and he understands that,” Greenleaf pointed out.

“So I like how these guys go at it, but if someone needs some help or something they want to see each other make the call; they don’t want a round win just because somebody broke. They’re very competitive and are there to race each other, but they also want to have a good time and that’s what I took away from Keith, his desire to grow the sport and the class while also having fun, which is exactly how everyone at Summit wants to go racing, too.”

Haney said his first callout will go to “Stevie Fast” Jackson, an NHRA Pro Mod regular with whom he’s clashed before, both online and on the track.

“I’m going to figure out if I can get with NHRA, because the very first pass I make down an NHRA race track, I’m calling Stevie out. Maybe me and him will have a little grudge race on top of qualifying. Hell, if he wants to go every one of the qualifying rounds against each other, I’ll do that. And anybody else that has a little bit of oomph, if they want a piece of ‘You Know My Name,’ they know where to find me. I’m going to be in the NHRA Pro Mod pits and they can come find me anytime they want.

“My goal is go out there and win some races for Summit Racing Equipment. And if I do, who knows what’ll happen? Maybe I’m going to run the whole series in 2019. If I do, you better watch out because I will win a championship, because they ain’t got nobody out there like me.”