The Professional Drag Racers Association (PDRA) was in the middle of professional class eliminations at the East Coast Nationals presented by FuelTech when a lengthy oildown and popup rain shower halted the action Saturday night. The race is slated to continue Sunday at GALOT Motorsports Park in Benson, N.C.

“We’ve been fighting the weather all week, and it bit us again tonight,” said Tyler Crossnoe, race director, PDRA. “We really appreciate our racers sticking it out and working with us to make this race happen. Sunday’s forecast looks like it will make for a smooth, fast day of racing.”

Defending Pro Nitrous world champion Jim Halsey picked up right where he left off at the end of the 2019 season, qualifying No. 1 and setting low E.T. of first round in his Fulton-powered “Daddy Shark” ’68 Camaro. His 3.708 at 204.57 mph set the pace in qualifying, then he dropped a 3.68 at 205.10 on his first-round competition single.

“We did a lot of work to the car over the winter,” Halsey said. “There were a lot of unknowns that we had coming at us. We tested some over the winter and things looked good. This is kind of what we expected.” 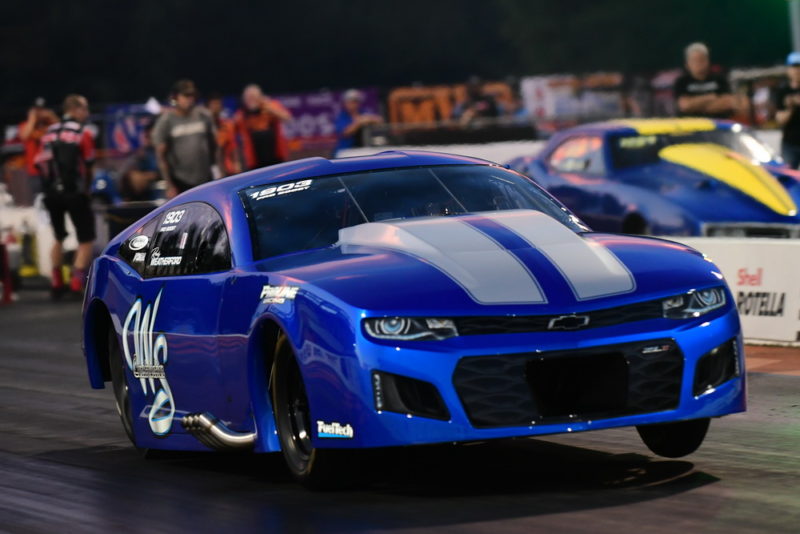 Former Pro Nitrous racer Randy Weatherford, who made the switch to Pro Boost late last season, showed up ready to fight for a championship in his ProCharger-boosted WS Construction ’19 Camaro. He qualified No. 1 with a 3.687 at 202.79 in the first session before dipping back into the .60s with a 3.691 at 202.55 on a first-round single. Competitor Eric Donovan couldn’t make the run.

“Let’s see if we can move forward and build on the momentum we had last year,” Weatherford said. “Going forward into 2020, it feels great. The car’s working good. We’re picking up where we left off last year. We ran pretty good [last year], had some issues, but it looks like we’re back at it.” 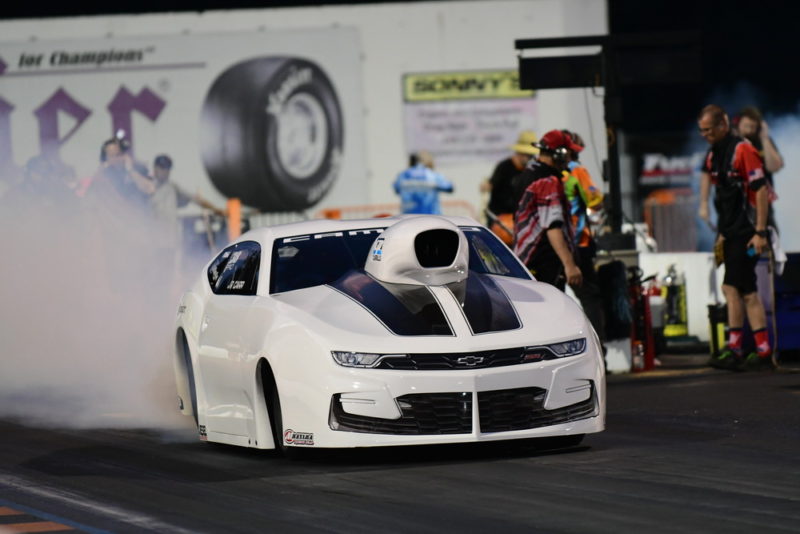 The decision to bring out a brand-new car for the 2020 season is paying off for JR Carr, who qualified No. 2 and went low of the first round in his RJ Race Cars-built 2020 Camaro. The Washington-based driver was ultra-consistent in the Frank Gugliotta-tuned entry, qualifying with a 4.097 at 175.09 and winning first round over Dave Hughes’ 4.129 with a 4.095 at 176.14.

“I feel today was positive,” Carr said. “Low for the round is huge because it wasn’t the prettiest run – it was a good run – but we’ve made nicer runs. The track’s a little different than it was when we tested, and I believe it puts us in a great position. We feel really good.” 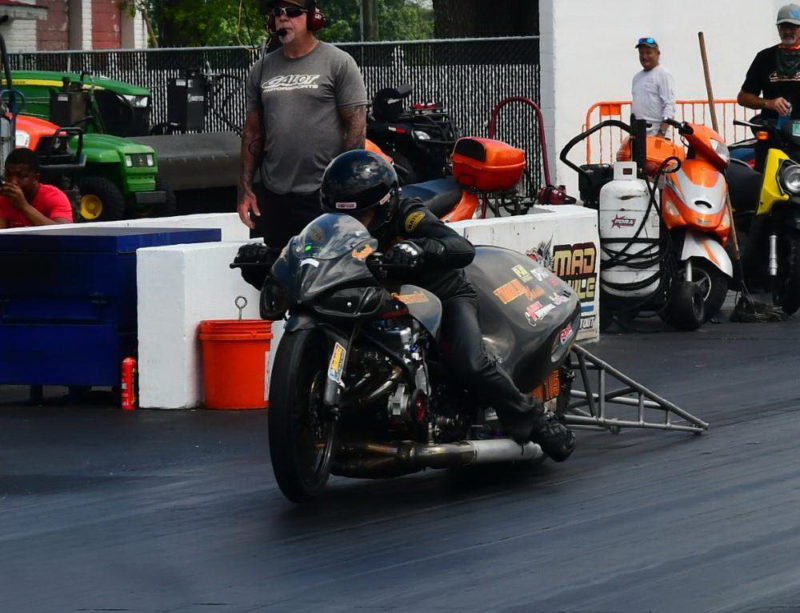 Despite not running his Timblin-built Hayabusa since October when he won the Pro Nitrous Motorcycle world championship, Travis Davis didn’t show any signs of rust with his Saturday evening performance. Davis only qualified No. 3 in the four-entry field, but he fired off a 4.053 at 175.02 to defeat Chris Garner-Jones’ 4.08. He’ll take on Paul Gast in the final round.

“We started out the day struggling some with this air,” Davis said. “We hadn’t been out since October last year and hadn’t changed anything on the bike since then. Just adjusted for the air and it went .05, and looks like there’s more left in it. Maybe we can pick it back up and get it back in the 3.90s – I hope.”

The East Coast Nationals presented by FuelTech will continue Sunday at 10 a.m. Visit www.PDRA660.com or www.Facebook.com/PDRARacing for schedule updates and results.