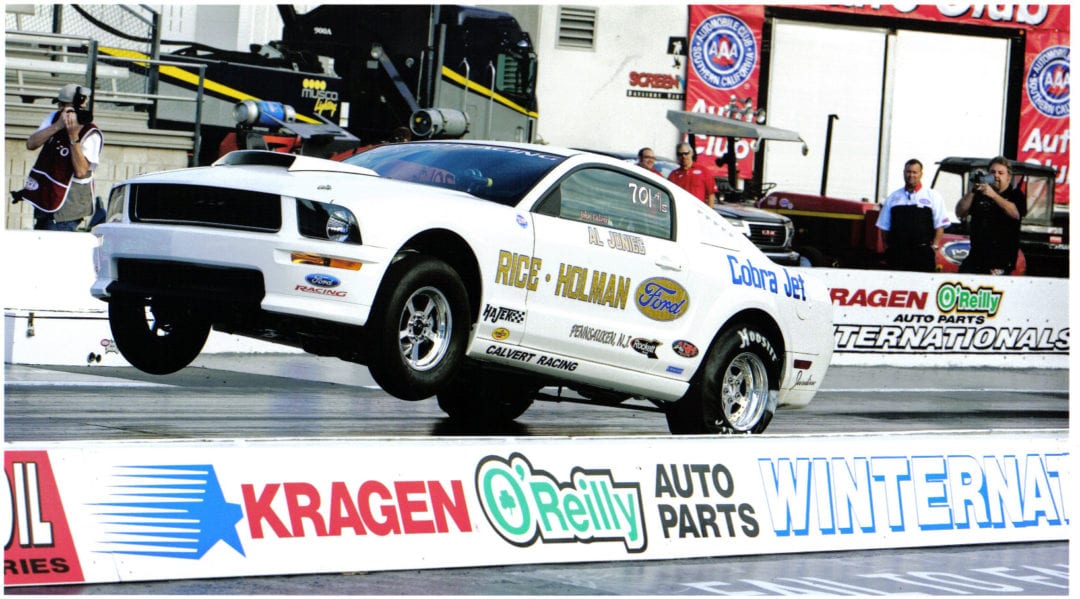 Hajek Motorsports announced it will help celebrate the 50th anniversary of the Ford Cobra Jet Mustang with a special display at the upcoming Lucas Oil NHRA Winternationals presented by ProtectTheHarvest.com, February 8-11, in Pomona, Calif. Hajek Motorsports, along with the NHRA, will showcase the first four serialized 2008 Cobra Jet Mustangs, including the 2009 Winternationals-winning Stock Eliminator CJ driven by John Calvert.

“This is the 50th anniversary of the Cobra Jet and we’re excited to be a part of the NHRA Winternationals and to give everyone a close-up look at four of our 2008 Cobra Jets, including the one John Calvert drove to victory at the 2009 Winternationals,” said Brent Hajek, owner of Hajek Motorsports. “Cobra Jets won this event in 1968 and again in 2009, so this is an important milestone to recognize. We’ll have the cars on display and we hope everyone comes by to take a look and get some pictures.” 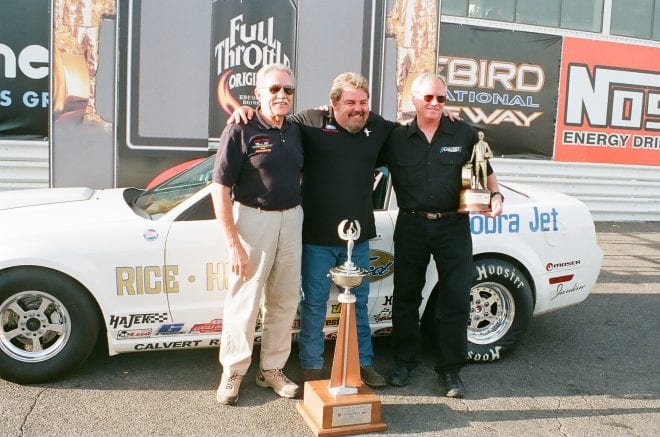 The Cobra Jet story dates back to 1968 when Ford Motor Company debuted its 428-powered Cobra Jet Mustang at the season-opening NHRA Winternationals in Pomona. Four Cobra Jets were entered, including Al Joniec’s in his Rice Holman Super Stock/E entry that ran 11.49 at 120 mph. Joniec outlasted the Super Stock field to claim the very first victory for a Cobra Jet Mustang.

Ford triumphed again at the 2009 NHRA Winternationals in the debut of the 2008 Cobra Jet Mustang. “Ford Performance built the CJ in ’08 and we hustled to get the first four ready for the Winternationals in 2009,” Hajek said. “We lettered each car as a tribute to the four cars that ran at Pomona in ’68 and Calvert won in the Al Joniec-clone Mustang. It was amazing, you couldn’t have written a script better than that. ” Hajek added. “Now it’s the 50th anniversary of the CJ, and we’re honored to display the cars.”