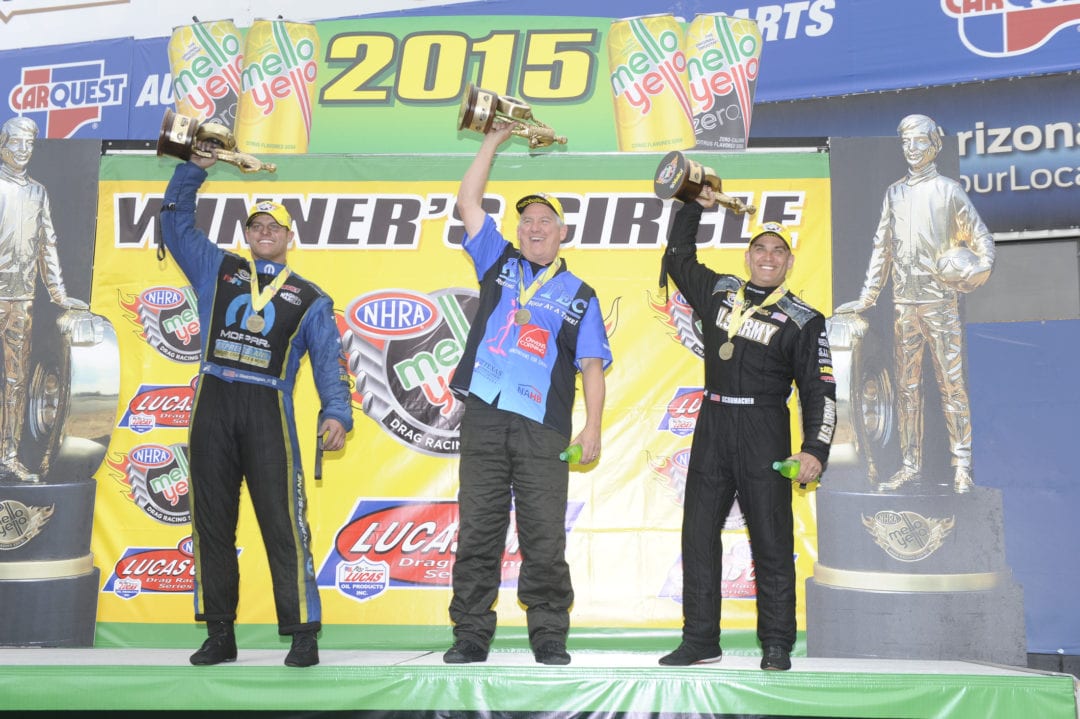 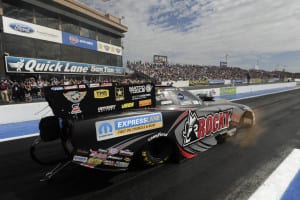 Event top qualifier Hagan was consistently quick all day in his Mopar Express Lane/Rocky Boots Dodge Charger R/T and posted the quickest run of the weekend in his final-round win over Del Worsham. Hagan posted a track record performance of 3.975 seconds at 324.83 mph to defeat Worsham’s DHL Toyota Camry, which finished in 4.010 at 318.17.

It is Hagan’s third consecutive victory going back to the Auto Club NHRA Finals in November 2014.

“We’ve got a killer race car and race team, so I am hoping to keep turning on those win lights,” said Hagan, the reigning Funny Car world champ, of his 16th career victory and first ever at the popular Arizona dragstrip.

“It keeps getting tougher each year and every car is so competitive,” Hagan continued. “That’s what’s so cool about this sport, it’s tough, but when you win you feel like you really did something. I am just glad to keep this [streak] going.”

Hagan’s teammate Schumacher turned around his sluggish start to the season by racing to his 78th career victory in Top Fuel. Schumacher used his quickest run of the weekend in his U.S. Army dragster, a final-round performance of 3.720 at 326.56, to finish in front of Doug Kalitta’s dragster, which trailed with a 3.758 at 325.14.

It was Schumacher’s fifth victory at Phoenix and the eight-time world champ moves to third in the points standings behind leader Shawn Langdon and second-place Antron Brown.

Schumacher won the race from the No. 1 qualifying position and defeated Jenna Haddock, Spencer Massey and Brown in earlier rounds to advance to the final.

“I have to give the trophy, the credit, every bit of it to the team this week,” Schumacher said. “I was off. My lights were slower than they’ve been, and everything I tried to do really couldn’t fix it. [Crew chief] Mike Green and Neal [Strausbaugh, assistant crew chief] said, ‘We’ll fight through this. Just do your best.’ They give you confidence with a fast race car.

Brogdon claimed his third career Pro Stock victory and first of the season by outrunning Erica Enders-Stevens in the final round. In a battle between Chevrolets, Brodgon pulled away with a 6.560 at 211.49 in his RoofTec Camaro while event No. 1 qualifier and reigning world champ Enders-Stevens trailed with a 6.640 at 205.51 in her Elite Motorsports Camaro.

To get to the final, first-time points leader Brogdon raced past Deric Kramer, Shane Gray and rookie sensation Drew Skillman. 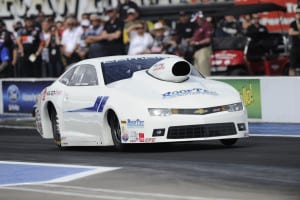 “We started off with Elite Motorsports this year and that makes everything a lot easier,” Brogdon said. “This is the earliest I’ve ever won a race. It’s great to win one early and I am the points leader for the first time in my career. I think we’ve got a great opportunity this season. Everybody who follows this sport knows how hard it is to win a race. This is fantastic. My crew is telling me this car is going to be faster at Gainesville, so I think we are going to have some fun this year.”