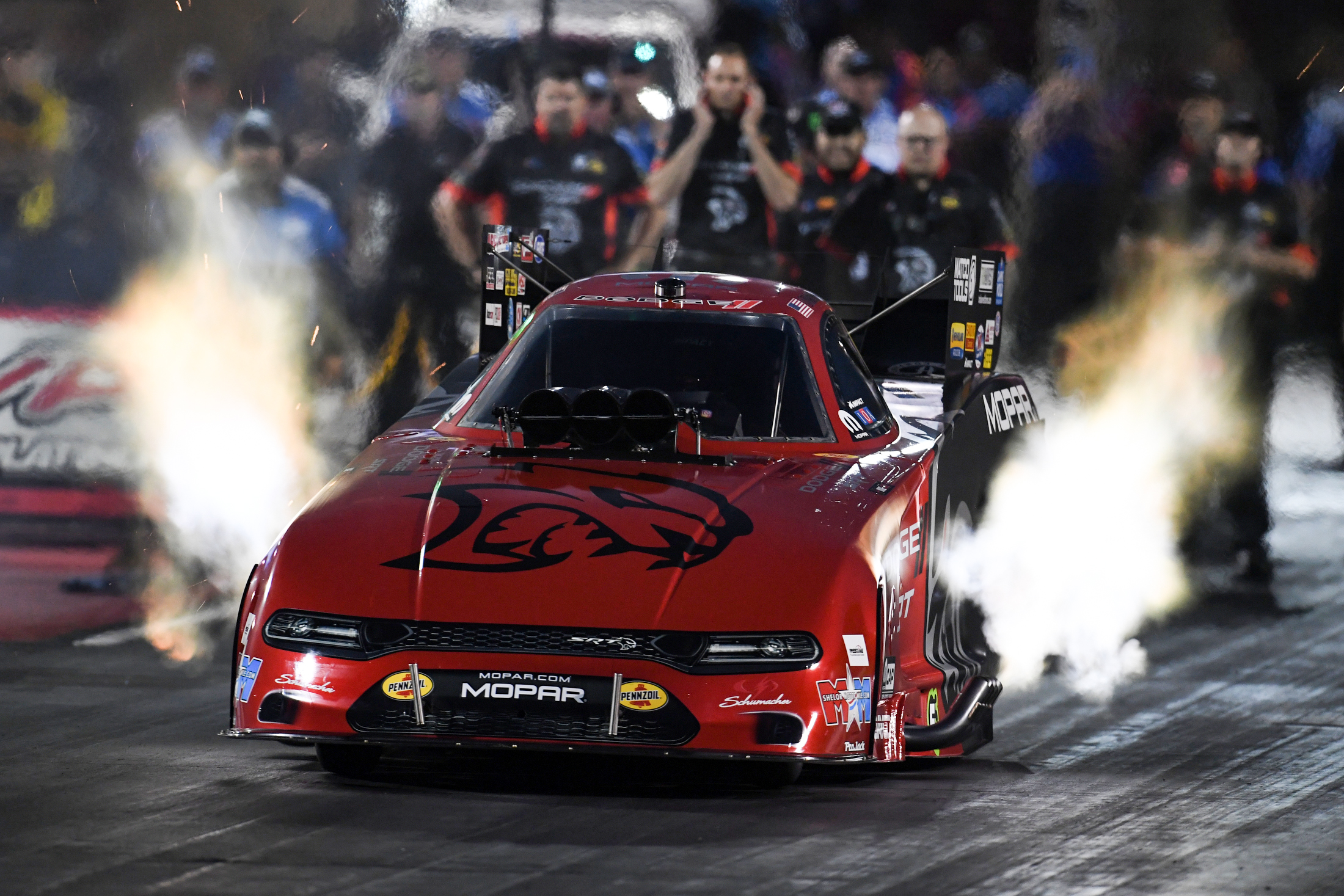 Trying to solve Bandimere Speedway for the first time in his standout career, defending Funny Car world champion Matt Hagan started strong on Friday, rolling to the provisional No. 1 spot at the Dodge//SRT Mile-High NHRA Nationals presented by Pennzoil.

In a thrilling side-by-side race with Don Schumacher Racing teammate Ron Capps, Hagan powered to the top with a run of 3.966-seconds at 319.22 mph in his 11,000-horsepower Mopar Dodge Charger SRT Hellcat Redeye. It puts the veteran in position to qualify No. 1 for the second time this season and 42nd time overall. Hagan is still looking for his first victory of the year following his championship season and getting it at his sponsor’s race in Denver would be rewarding considering his struggles at the fan-favorite facility over the years.

“We go after it every time in qualifying,” said Hagan. “We’re just trying to get that rhythm down and the consistency but we put a number down here on the hill and thank goodness. This race has alluded me for almost 15 years now and it’s like, what do we have to do to win up here on the mountain? I don’t know about winning right now but we started out really well. I have a great race car underneath me, I’m solid in the field and hopefully tomorrow we can lay it down and go even faster.” 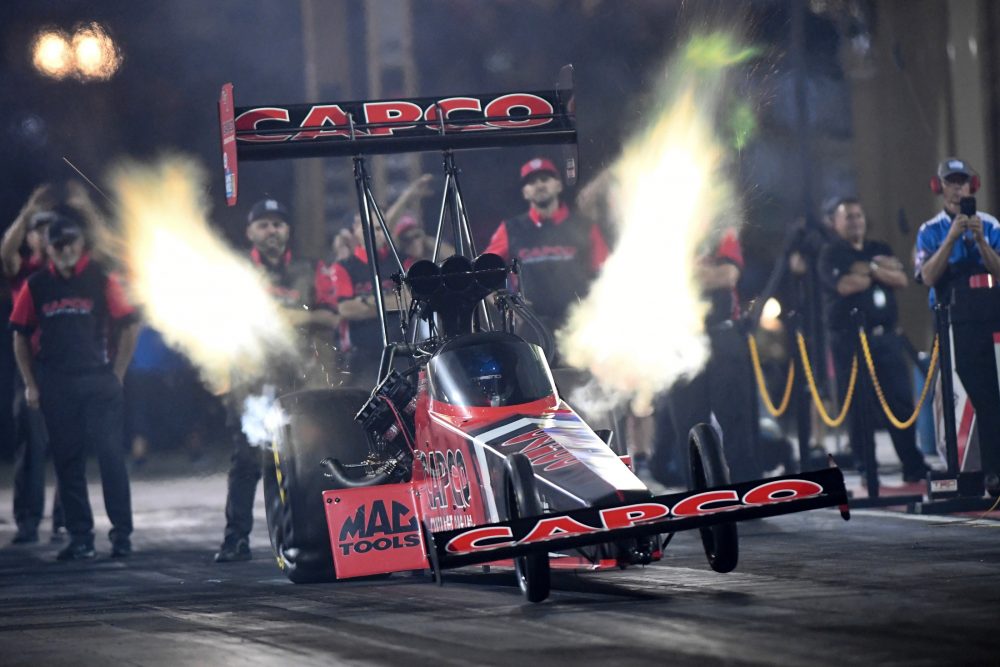 In Top Fuel, Torrence was several steps ahead of everyone on Friday in Denver, making the only three-second run in the class with his impressive pass of 3.778 at 327.11 in his 11,000-horsepower Capco Contractors dragster. Should it hold, the three-time defending world champ would qualify No. 1 for the fourth time this season and 31st time in his career. Coming off a victory in Norwalk, Torrence, who is also the most recent Top Fuel winner in Denver thanks to his 2019 triumph, is after his second straight win and fourth in five races during the 2021 campaign. Joey Haas is currently second following his run of 4.054 at 259.56 and Antron Brown is a spot behind thanks to his pass of 4.180 at 269.78. 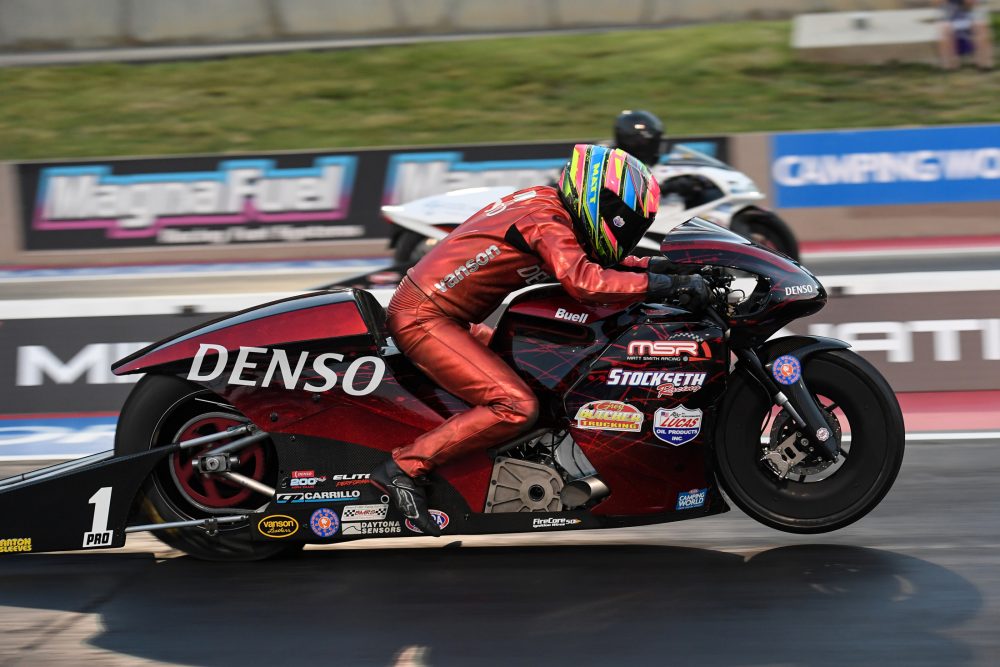 Things keep rolling along at an impressive clip for Smith in Pro Stock Motorcycle, as the points leader jumped to the No. 1 spot with a run of 7.145 at 188.46 on his Denso Auto Parts/Stockseth/Matt Smith Racing EBR. Smith would pick up his second No. 1 qualifier of the year and the 45th in his career if it holds. Smith, who is also the current points leader, is looking for his second straight win of the year this weekend. Andrew Hines, a five-time Denver winner who won the most recent race at the facility in 2019, is currently second after his pass of 7.205 at 187.68 and Angie Smith is third after going 7.210 at 184.98.

Qualifying continues at 4:45 p.m. MT on Saturday at the Dodge//SRT Mile-High NHRA Nationals presented by Pennzoil.