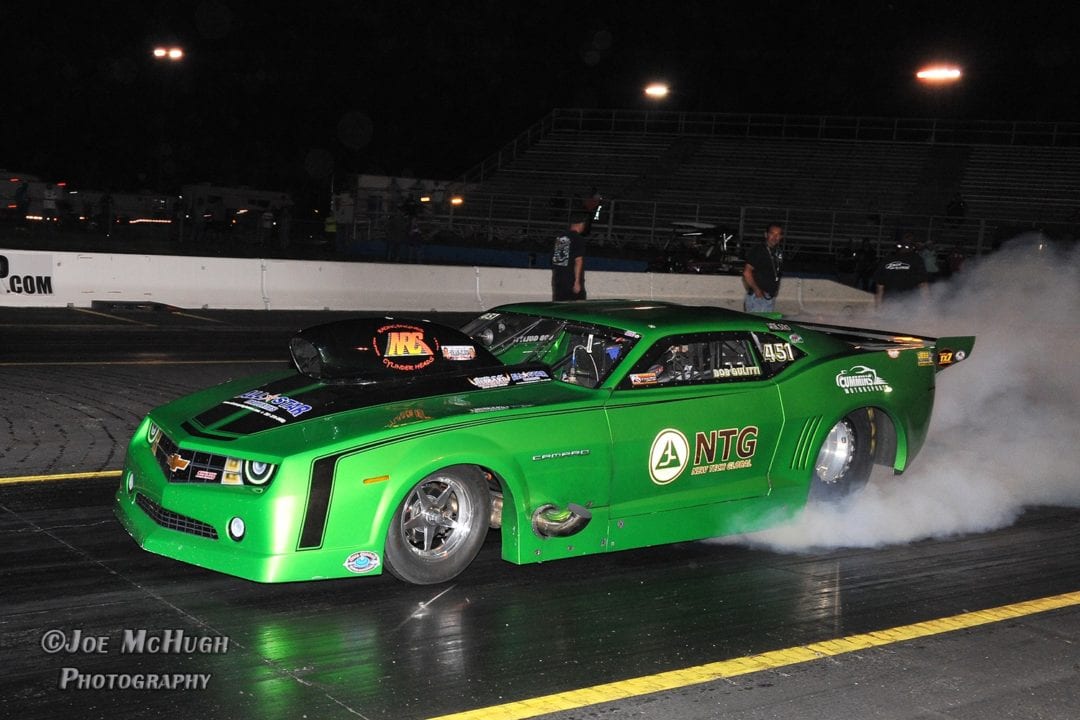 Bob Gulitti is no stranger to the winner’s circle. The Tomball, Texas based racer has numerous wins in the Top Sportsman category and picked up his second-straight Pro Mod win of the year during this past weekend’s Texas Automatic Outlaws event at Thunder Road Raceway just outside of Shreveport, La. After struggling in qualifying, Gulitti and the Cummins Motorsports team battled back through eliminations, eventually posting low elapsed time of the event in the finals.

The Texas Automatic Outlaws is an organization aimed at giving the ‘little-guy’ a chance to run heads-up Pro Mod. Performance restrictions are in place on all of the power-adders in an effort to maintain parity and control costs. Eliminations are run using a sportsman ladder.

In qualifying, it was rookie Travis Brandt, of Katy, Texas, who wheeled his Will Hanna-tuned roots-blown Corvette to the top spot with a career-best 4.096 at 166.66 mph. Richard Otwell was second with a 4.170 at 174.73 mph. Keith Hollenshead rounded out the eight car field. 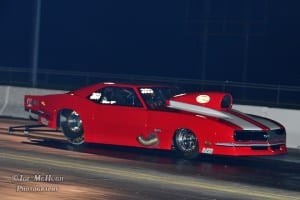 It didn’t take long for the first round to serve up an upset as defending series Champ Bengt Blomberg’s nitrous-assisted Firebird sent Brandt packing with a near career best 4.174 at 171.18 mph to Brandt’s on and off the throttle 4.45. Tim Ortiz wheeled the “Team O” Camaro to a win over Marc McClasken’s Firebird with a 4.184 at 173.45. Another upset occurred when Stacy Cunningham wheeled his turbo powered mount to a win over No. 2 qualifier Otwell with a 4.618 at 157.76 mph. Gulitti closed out the round with an off-pace 4.291 at 169.61 to defeat Hollenshead.

Gulitti and the Cummins Motorsports team were happy to get the win after struggling early in the weekend.

“We made a test hit Friday night,” explained Gulitti. “We had to wait for a cleanup on the track and the dew had set in. It shook hard and the door came open, cracking the hinges it mounts on. So we managed to get Gary Medders a local chassis guy to come out and get us fixed up with a mobile welding job. We really appreciated his help and timeliness. We made an A-B pass in the first qualifier, came back for Q2 and the car just turned left on me out of nowhere. I hit my first cone, ever, at the 330’ mark.

“Kenny Hubbard gave us a smooth tune-up with the NRC (Naiser Racing Components) power to make sure we got down the track and it worked out great,” Gulitti continued. “We still had some between round issues that Jeff Cummins, Sr., and Larry Rosenquist worked through to get us back to the lien in time for each round while Baltazar Garza assisted all of us acting as a crew replacement for Paul Rose, who couldn’t make the trip due to medical issues. The New Tech Global/All Star Properties Camaro stormed to a 4.08 in the final against a worthy opponent, Tim Ortiz with “Team O,” and we got our second win in as many races. I have to thank Jeff Cummins, Sr., and Jeffery Cummins for the opportunity to drive such a great hot rod. We also have to thank Jeff Naiser for putting in the extra time to get our engine back to us the Tuesday before this event after a mishap at the last race with it.” 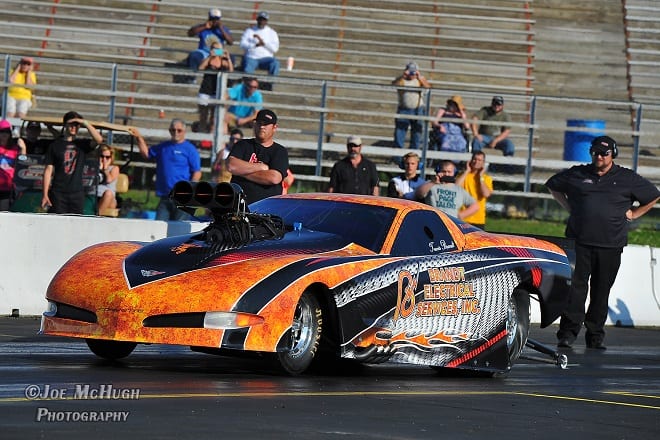 Gulitti leaves the event with a sizable point lead over second place Ortiz. Brandt and Blomberg follow in third and fourth, respectively.

The Texas Automatic Outlaws also added the Top Dragster category to their line-up this season. Chase Murray led the eight car field in qualifying with a 4.115 at 170.39 mph, but it was Steve Collier taking the win over Murray in the final.

The next event for the Texas Automatic Outlaws will be at Evadale Raceway just north of Beaumont, Texas, Saturday, June 4.